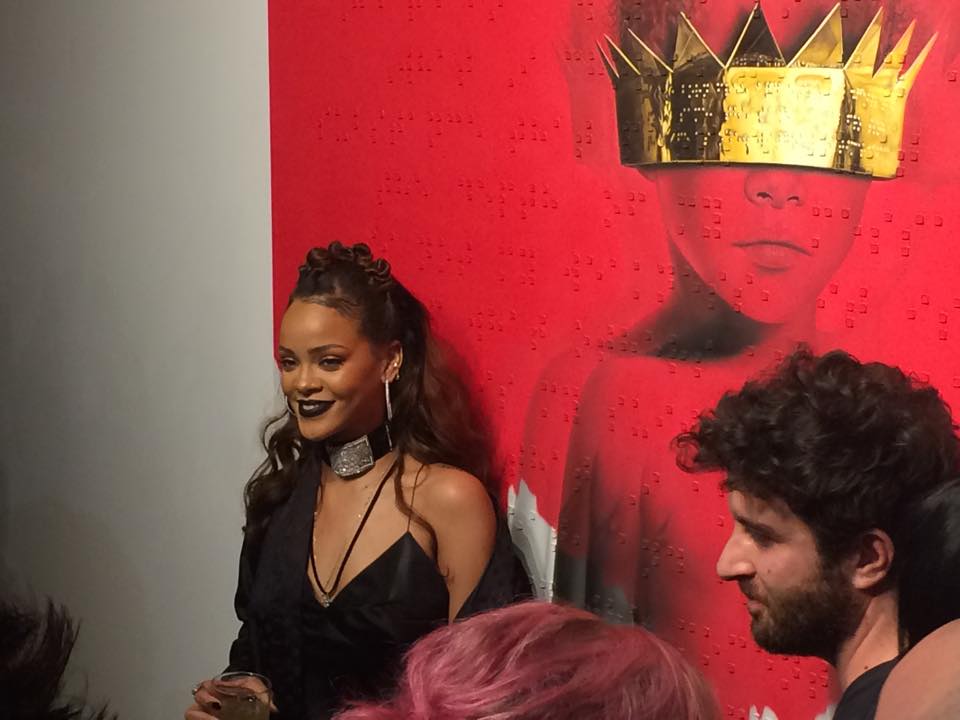 The moment we’ve all been waiting for. Rihanna has been teasing her 8th album for what seems like years and it looks like we’re finally about to get R8. At a super secret unveiling event earlier tonight at MAMA Gallery in Los Angeles which we were blessed to be able to attend, the singer shared imagery from the album, titled ANTI. It was a star studded event packed with tons of guests to the walls including O’Shea Jackson and Jason Mitchell (who play Ice Cube and Easy E in Straight Outta Compton), Holly Peete among others.

Rihanna and contemporary brail artist Roy Nachum worked on the cover together. The inside will feature poetry by Chloe Mitchell translated into braille. The photo on the album cover is the first photo of Rihanna as a kid.

As of now, no release date or tracklist but stay tuned. The night is young.

Check out some of our tweets from the event and follow us on SnapChat for a inside look at the event in LA. 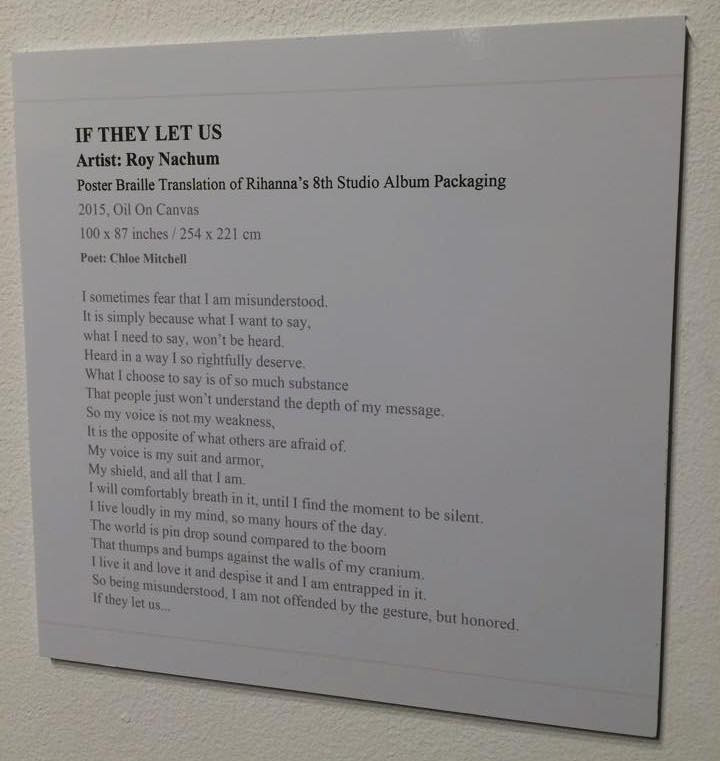 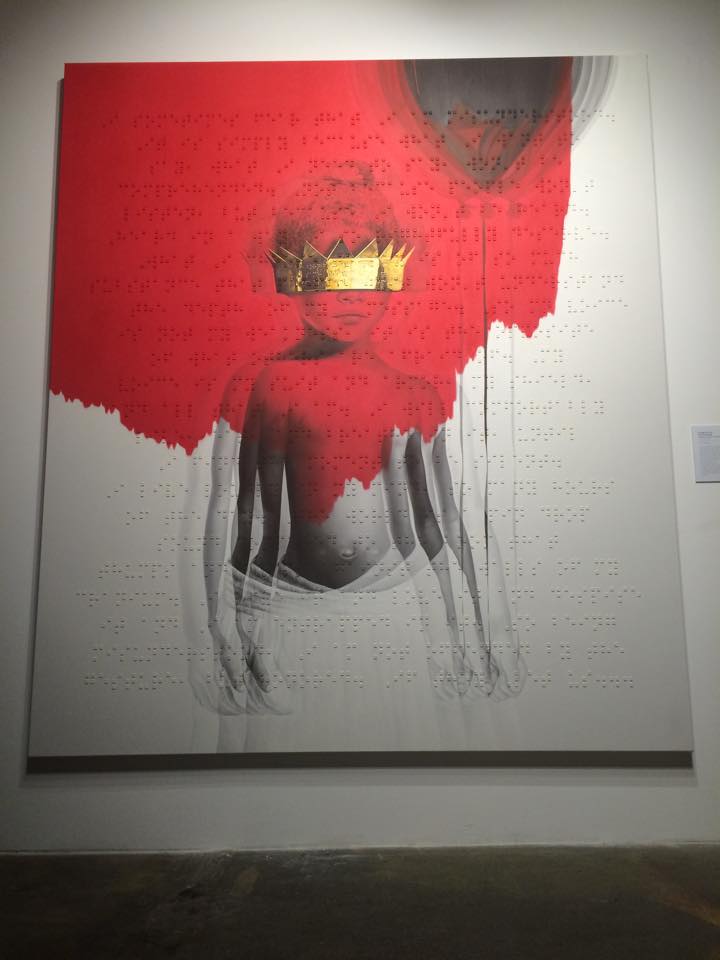 Rihanna’s ANTI album cover features the first photo of her as a child, with a poem translated into braille on top. pic.twitter.com/RU7p73rBZX

Guys, we think Riri’s new album cover is behind this curtain. Wait and see! pic.twitter.com/3YMCqzM1hu