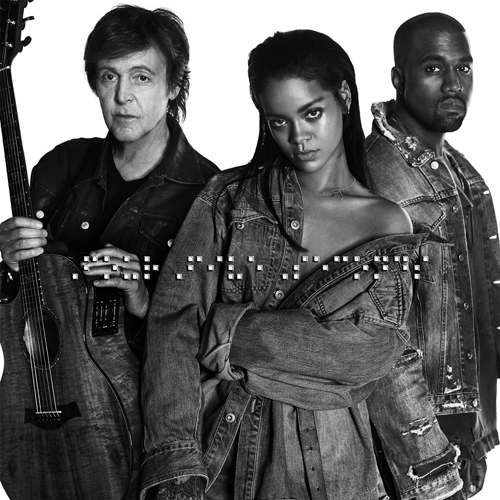 Rihanna is back at it, musically that is, with the debut of her new song featuring Kanye West and Paul McCartney titled “FourFiveSeconds.” The track is a raw,  stripped-down acoustic song, which features the Beatles legend on guitar and Weezy playing the role of a subtle duet partner.

Rihanna’s eighth studio album is due out this year, and will be her first project since departing Island Def Jam and will feature production from Mike WiLL Made-It, Ne-Yo, DJ Mustard and probably a lot more.

Listen to the new track by heading over to iTunes.