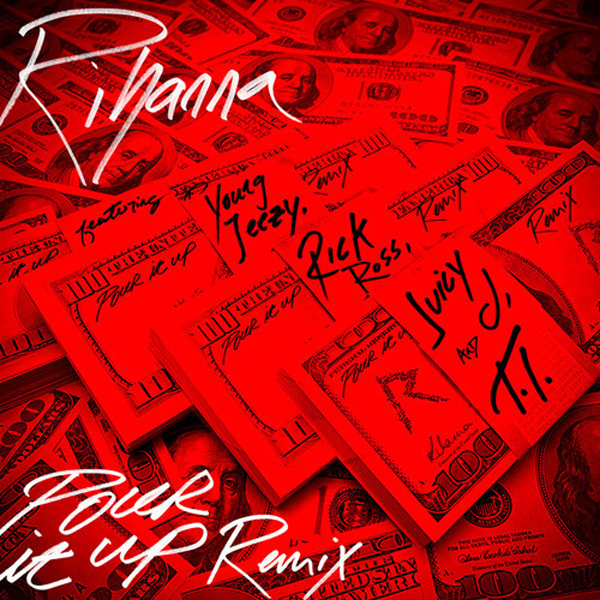 Rihanna drops another heavy remix off her Unapologetic album for the single “Pour It Up.” Hitting the strip club hard, the pop star brings along Young Jeezy, Rick Ross, Juicy J, and T.I. as back up on the Mike WiLL Made It-produced track.

It’s important to not that this track is the first time that Young Jeezy and Rick Ross have appeared on the same track since their backstage fight at the BET Hip Hop Awards in September.

Give it a listen.