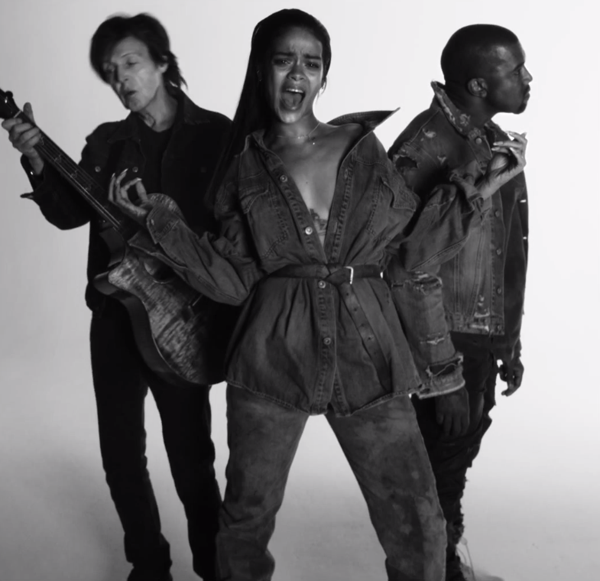 Badgirl Rihanna has dropped the video for her new single “FourFiveSeconds”, featuring are veritable who’s who have the top musical talents in the world, Sir Paul McCartney and Kanye West. The three mega-stars, appear in the Inez van Lamsweerde and Vinoodh Matadin directed, black and white video, rocking so much denim. Also, are those the new adidas Yeezi’s Kanye and Rihanna are wearing? Oh dang!

Also all three stars will be performing together this Sunday at the Grammy’s. In the meantime, watch below.