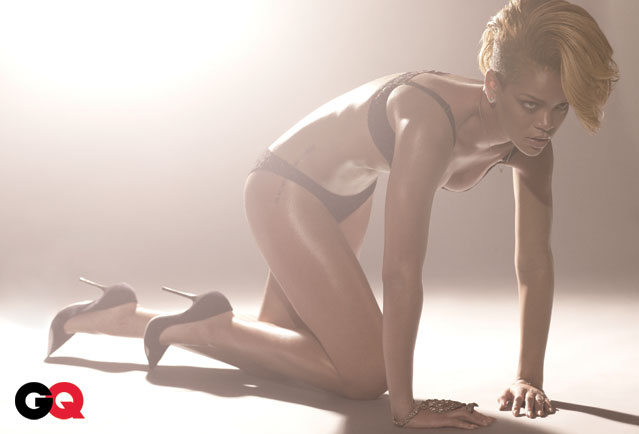 Check out the stunning pictures of Rihanna from the just released January 2010 GQ Magazine photo shoot entitled “Good Girl Gone Badass.” I am deeply and passionately in love with this series of pictures, and Rihanna is looking phenomenal, albeit a touch on the slutty side of things. I have always like Rihanna, but I was never a real fan, I even saw her perform alongside Kanye on his Glow in the Dark tour and thought she was a solid performer, it wasn’t until the other day that I became a true fan. I am not sure what did it, perhaps her marketing campaign and the subsequent saturation of her on the market, but I listened to the new album, Rated R and liked it, a lot.   There was something passionate and surprising touching about her songs on this album. Moreover, I admire her choice of musical guests, or lack there of. With the entire hip hop world at her lovely finger tips, as well as mentor Jay Z’s extensive Rolodex, Rihanna choice to do the majority of the album solo. I highly recommend you all give it a listen and see what I am saying, also read the entire GQ article, it discusses the Chris Brown drama, and all of Rihanna’s hopes, dreams, and aspirations.  Not to devalue what she has to say, but the highlight for sure is the pictures. 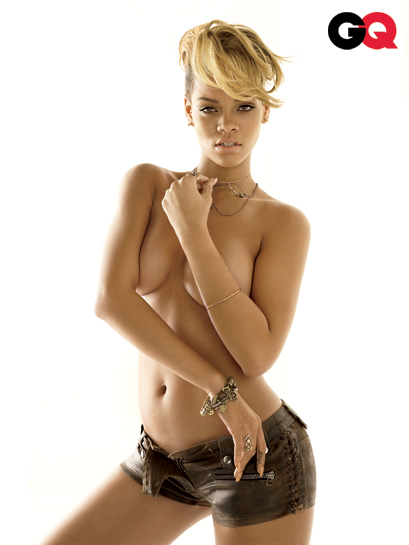 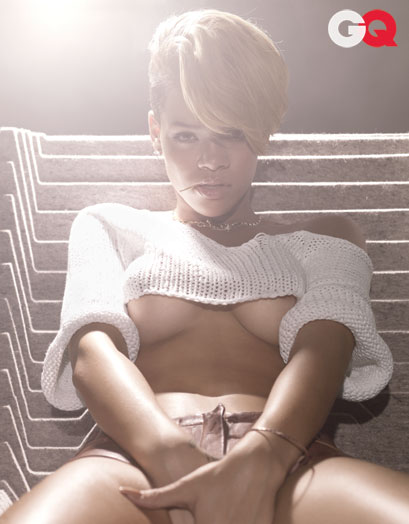 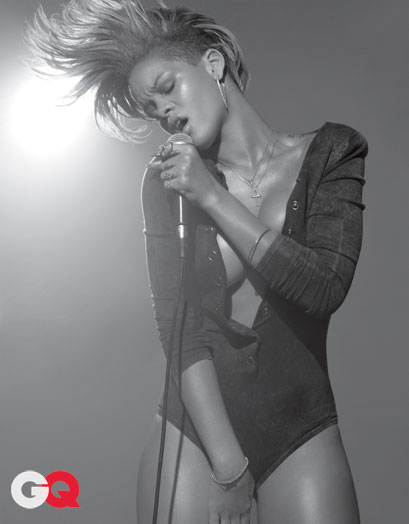 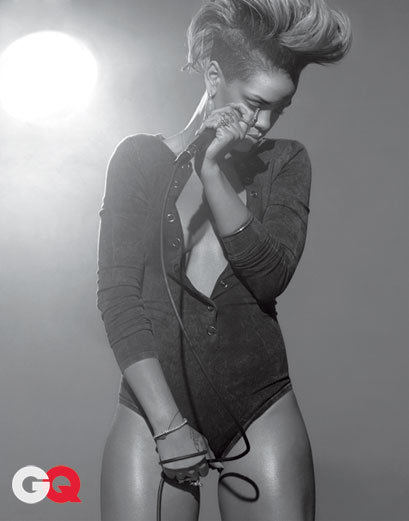