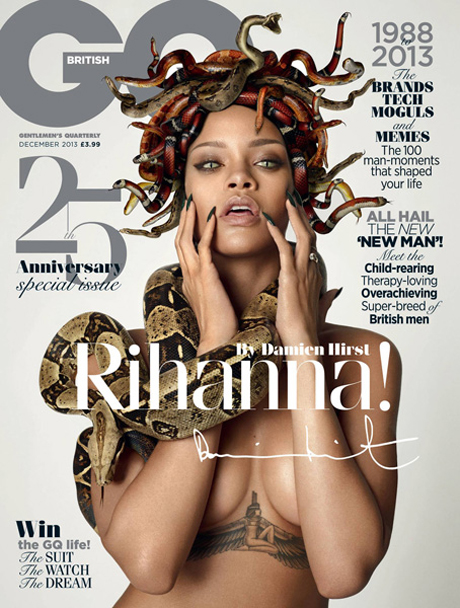 In honour of British GQ’s 25th anniversary, the esteemed magazine tapped superstar artist Damien Hirst and singer Rihanna for its cover. Channeling RiRi’s inner Medusa, the spread features her with snakes crawling around her topless body and replaces her hair with a crown of snakes. Hirst also gave Rihanna’s eyes the animal treatment and sharp fangs for added effect. The December 2013 issue of British GQ hits newsstands in the U.K. on October 31, but you can see the photos below. 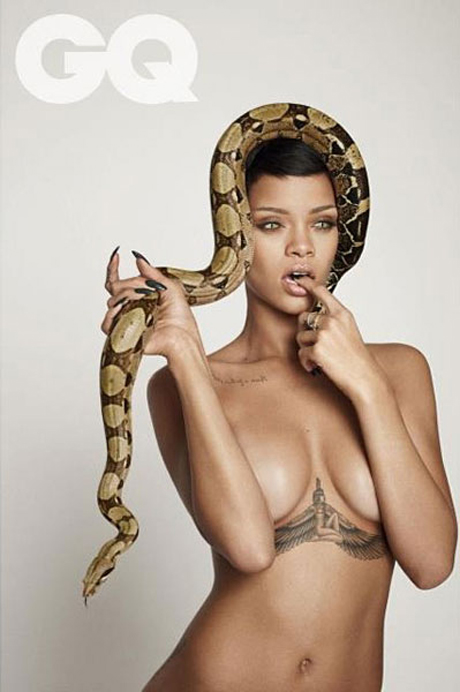 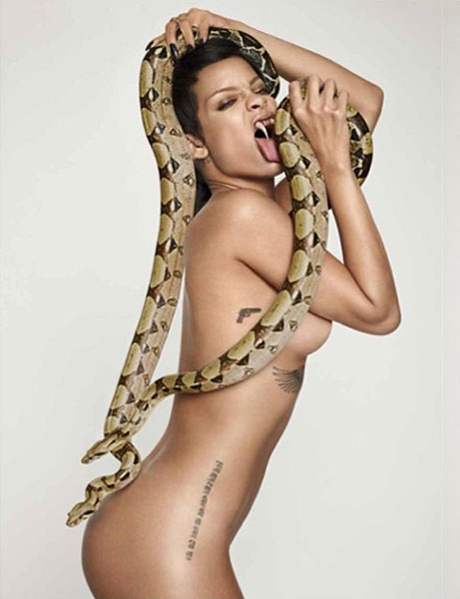 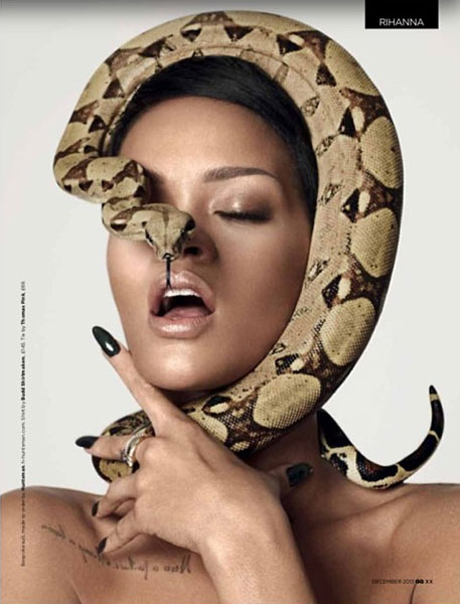