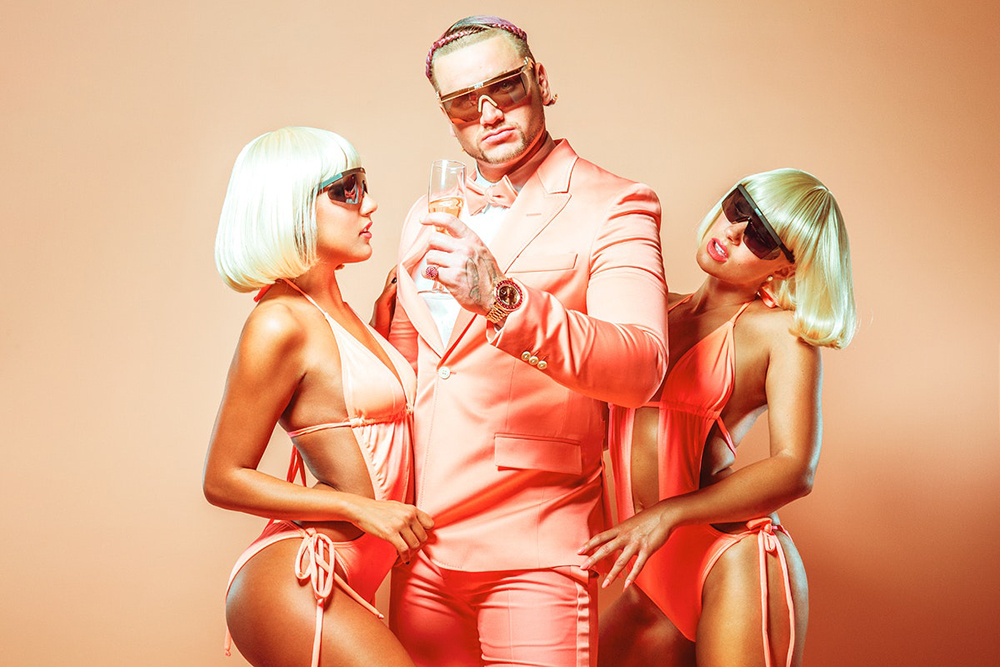 Thanks to the growing demand for vintage and streetwear, the resell market is a business venture that almost anyone can get themselves into. While the cop-flip-invest model is something that has been around for years, 2017 saw a growing shift towards the ability of many people to make huge profits off of a previous investment or the luck of getting their hands on some of the most valuable items on the market.

Despite falling off the radar since the release of his hit single Tip Toe Wing In My Jawwdinz in 2014, rapper turned designer turned YouTuber, RiFF RAFF, has embarked on a new business project which stems from the idea of turning a profit on some of his own vintage clothes. In November, he opened the doors to a new vintage clothing store in Las Vegas, Yesterday’s Fits. The shop resembles many of the successful vintage thrift stores around the world, like Round Two and Store Room Vintage, and gives off a home-like feel; paying homage to your childhood bedroom.

With new items listed daily through their Instagram page (@yesterdays_fits) and online via yesterdaysfits.com, the growing collection of Supreme, Polo, Tommy Hilfiger, and curated vintage offers consumers a quick and easy way to buy unique items at a relatively affordable price. From gently worn sneakers and accessories to rare Supreme decks and items from the OFF-WHITE x Nike collab, the shop appeals to both the amateur sneakerhead and collector. Funny enough, some items are also sold/auctioned via Ebay. After launching a weekly video series on YouTube, “It’s Frickin Friday” earlier this year, RiFF RAFF (@JodyHighroller on Twitter) has made his mark on the world in more ways than one. The Houston, Texas native was recently featured on blackbear’s new album ‘Cybersex’, and performs alongside Paul Wall on the track candayapple. With the help of Rae Sremmurd’s Slim Jxmmi, he also released a follow-up to his career chart topper, “Tip Toe 2” and was nominated for a Latin Grammy award alongside Action Bronson. Most recently, the late Lil Peep, real name Gustav Åhr, spoke out in an interview noting that the stylization of his stage name was influenced by RiFF RAFF himself. Before his passing, Peep shared an image on Instagram of the matching rice box tattoos they got together in November.

Next time you’re in Las Vegas, be sure to stop by Yesterday’s Fits. You can also try your luck at finding some last minute gifts online that might just arrive in time for Christmas.