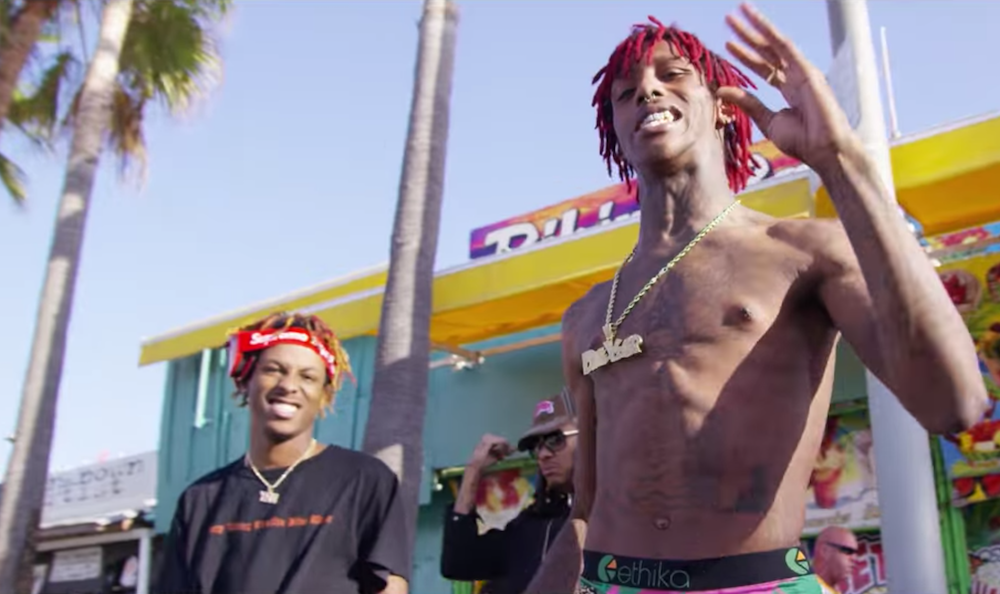 Rich the Kid just dropped his Keep Flexin’ mixtape (his fourth project of the year) and he’s keeping the train rolling – the Atlanta rapper has now shared the video for “New Wave” featuring Chicago rapper Famous Dex who is signed to Rich the Kid’s Forever Rich label.

The video is directed by Unkut Cinematics and features the two rappers flexing and hanging out with fans on Venice Beach in Los Angeles. The track was produced by Retro Sushi (aka as Ceej and Jace from Atlanta rap collective Two-9).

Check out the video for “New Wave” featuring Famous Dex above.