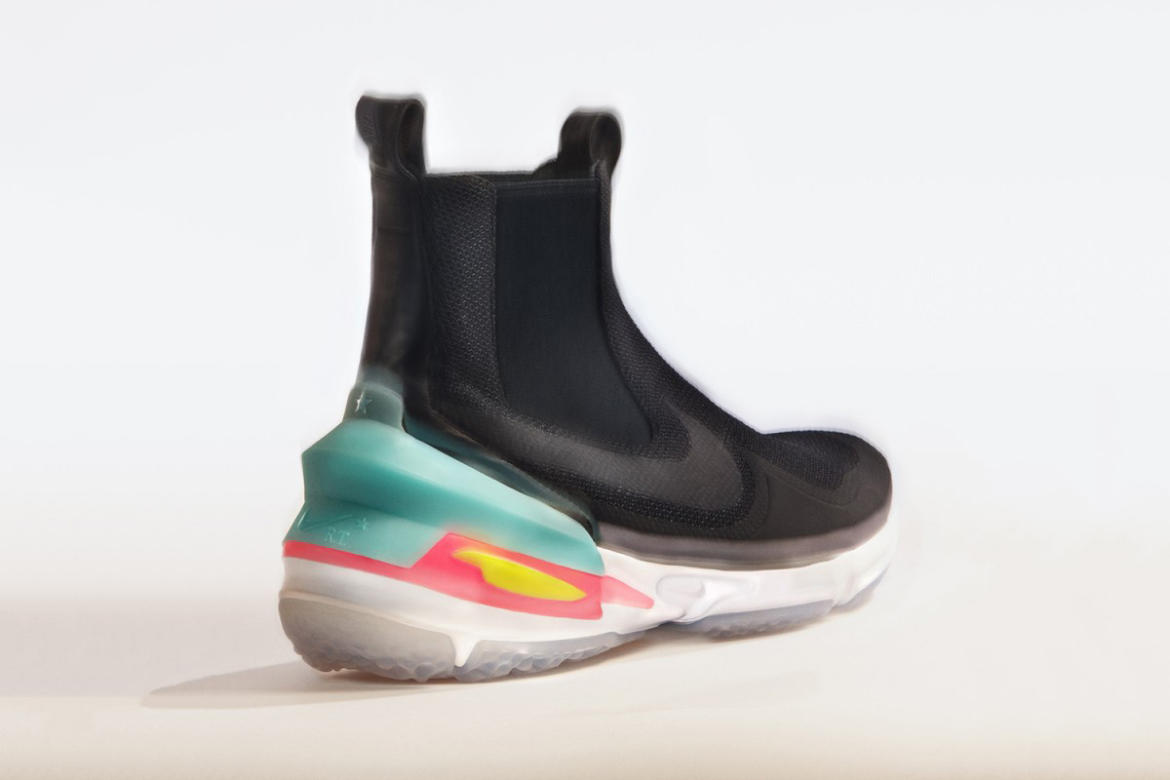 To say that Riccardo Tisci’s Nike collaborations have been a smashing success is an understatement. The designer’s take on the iconic Air Force 1 and Dunk silhouettes completely sold out, as did his line of apparel. Now the designer is back with his latest reimagination for the Swoosh and this might be the most inventive yet.

The Tisci x NikeLab Air Zoom Legend features jacquard black mesh with a swirly, rainbow-accented heel. Speaking to Vogue, the designer had the following to say:

“The rubber heel and sole are very Nike but with a new interpretation inspired by a futuristic take on Brazil, waves, and movement. The front side is more classic, a sort of opposite of sports. Chelsea boots are my obsession in the male wardrobe. This is a strong shoe with a dual contrast and an experimental style. And the heel had to be important–its aesthetic has always represented strength since ancient Greece, where Achilles’s heel represented the human male force.”