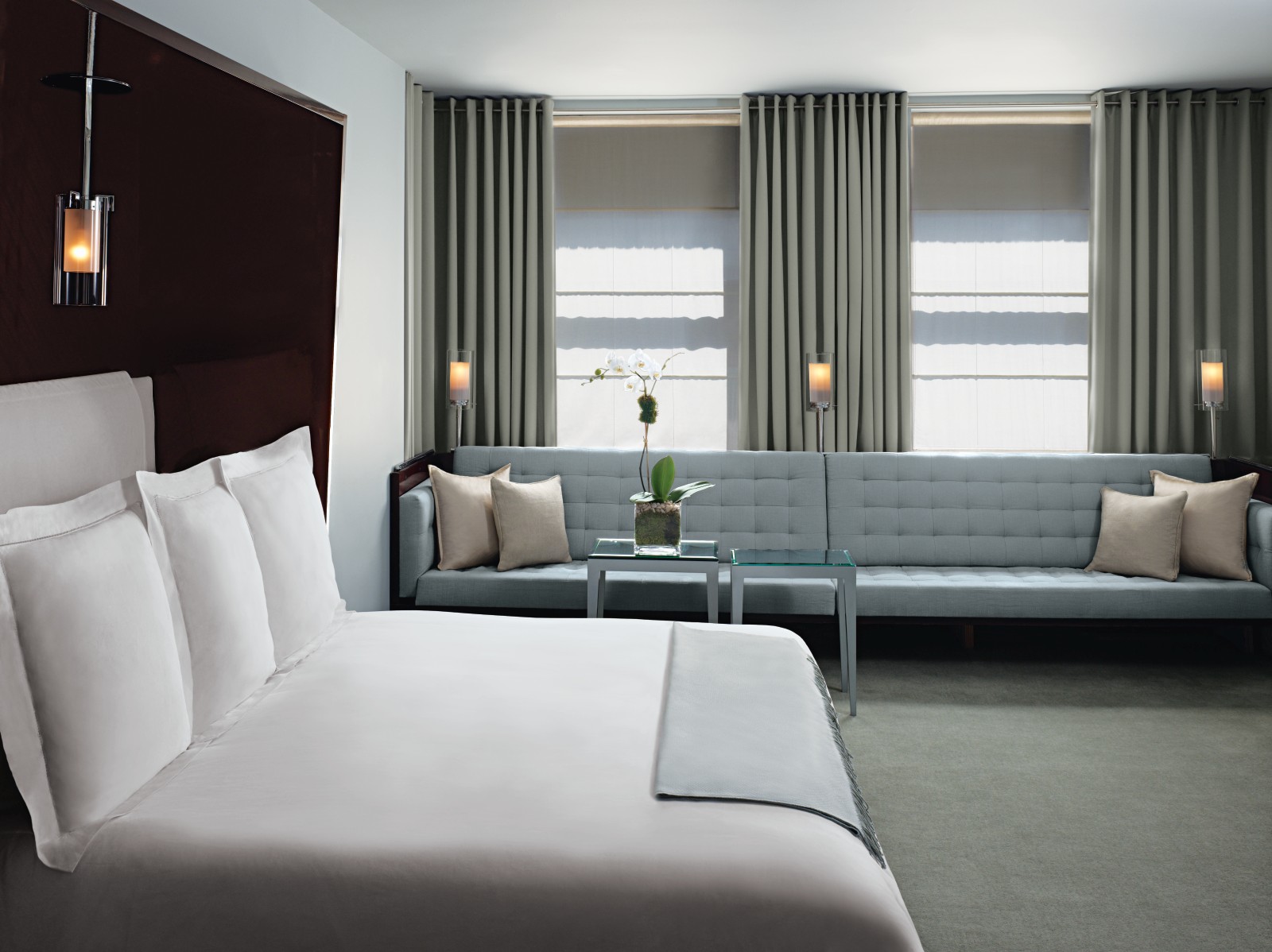 Upon our recent stay in New York for Governors Ball, we had the pleasure of making ourselves at home at the historic Royalton. As seasoned festival veterans, we know how important it is to have a beautiful yet cozy place to come home to every night to really unwind after long hours running from stage to stage.

Located just blocks away from Times Square and the Theatre District, our loft room in this boutique hotel was as spacious and inviting as it sounds, complete with an elegant round tiled bathtub with rainfall shower, Malin + Goetz amenities, a king-sized bed, working fire-place, long sofas spanning one wall, and most importantly a desk to do work at.

Having made the Royalton our home base for the weekend we set off each day before the festival to indulge in the delights that the worlds capital, New York had to offer. Surrounded by a sprinkling of restaurants and cafes, there was a ton of food and drink options, yet we found ourselves at the Forty Four in the cushy lobby more often than not most nights for cocktails.

Continuing to push their boundaries within the community, the Royalton had hosted an intriguing art exhibition in the lobby showcasing incredible Instagram photographs taken on a mobile phone. Entitled #OurConcreteJungle, the exhibition is a four-part series, first in April and May by @JasonMPeterson with “New York in Black and White,” then in June and July with Kat Irlin’s (@Kat_in_NYC) “New York in Lights,” and later this summer with Ryan Parrilla’s “New York in the Sky.” If you’re in the neighbourhood we highly recommend popping into the luxe lobby to take a look at the exhibition.

The building is rich in heritage and was very the first hotel Philippe Starck designed in 1988 to emulate the 1920’s concept of a hotel lobby with all the glamour of old New York, since updated with modern charms. Originally an exclusive residential building built in 1898, tenant apartments overlooked 43rd and 44th Streets, and was one of the first buildings in Manhattan to offer through passage from one block to the next. Today the lobby is a luxe as ever, while dark at nearly any hour, one side is lined with groupings of camel leather sofas, and large orchid plantings make it the perfect inviting space for a post-festival cocktail or morning mimosa.

All this luxury does come at a price (aside from monetary) though grand and luxurious, the hotel does show signs of ware given it has been over eight years since a renovation. After checking in, we did move rooms twice as the scent from the wood-burning fireplace was a tad overpowering in some rooms. Also the air conditioner wasn’t working consistently and the mini bar fridge kept everything tepid at best. These aren’t exactly deal breakers, especially in New York, and once the hotel was informed of our issues, they did what the could to quickly remedy them. Don’t plan on checking in early, they take their 3pm guaranteed check-in policy extremely seriously.

All in all the Royalton was a pleasant stay and one we would recommend, especially to tourists looking for a luxe oasis just steps from the cities most iconic attractions. It is New York after all. Check out some photos of the space below. 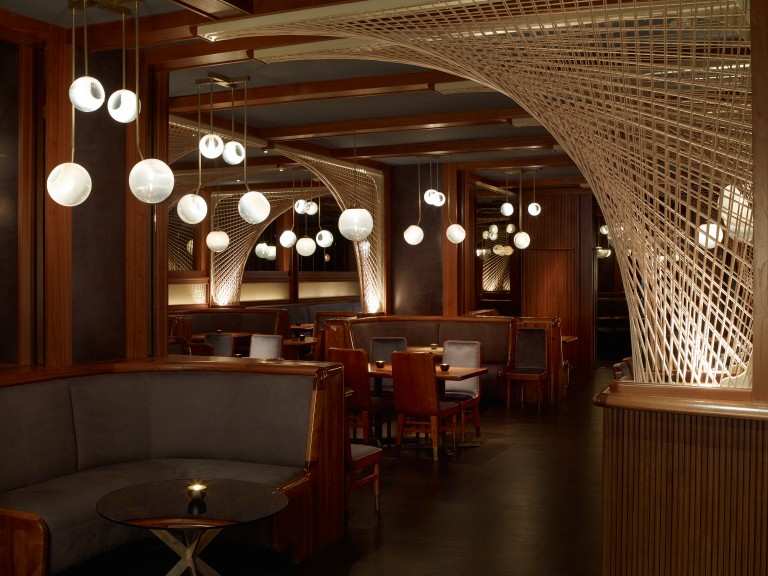 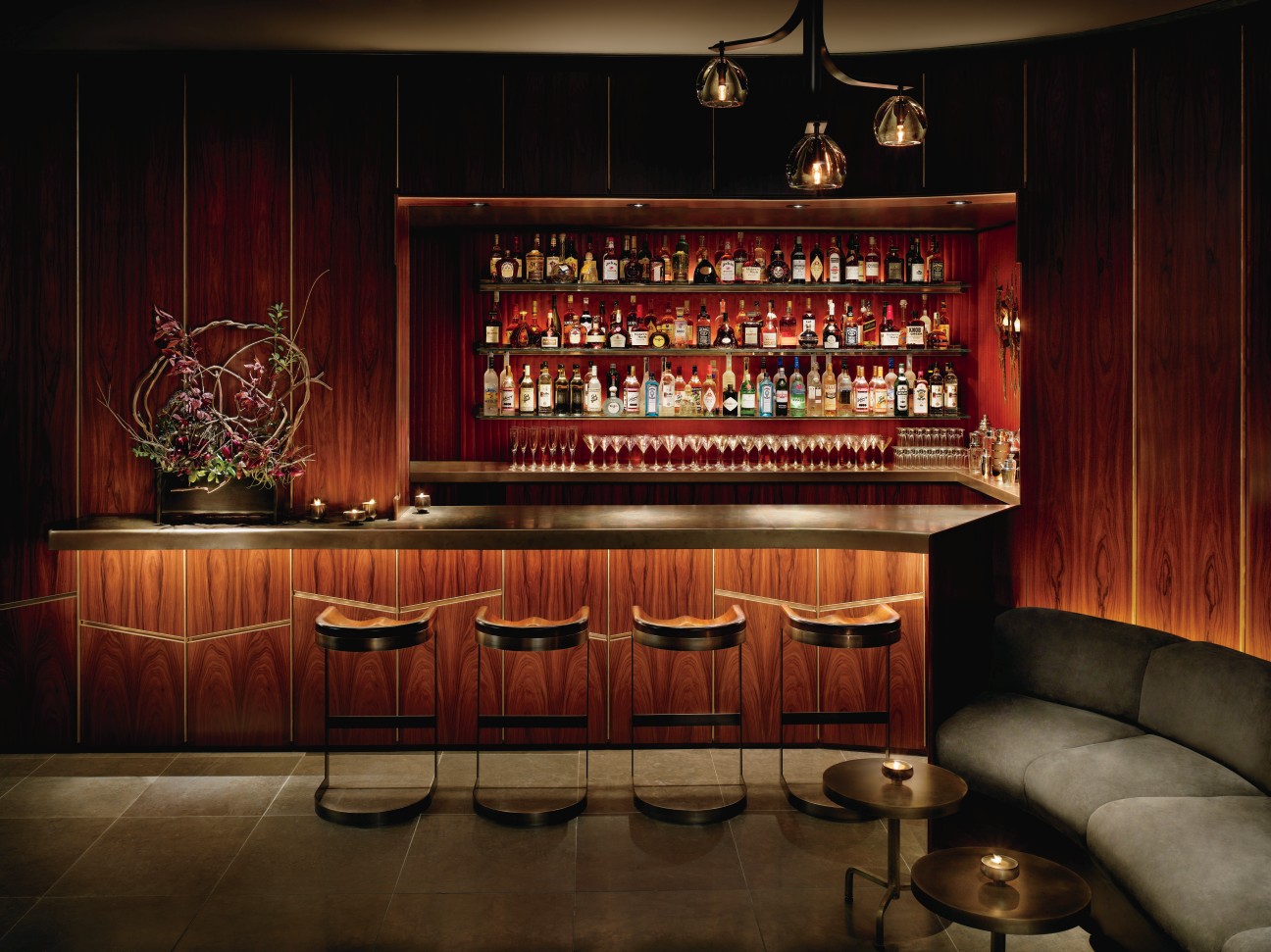 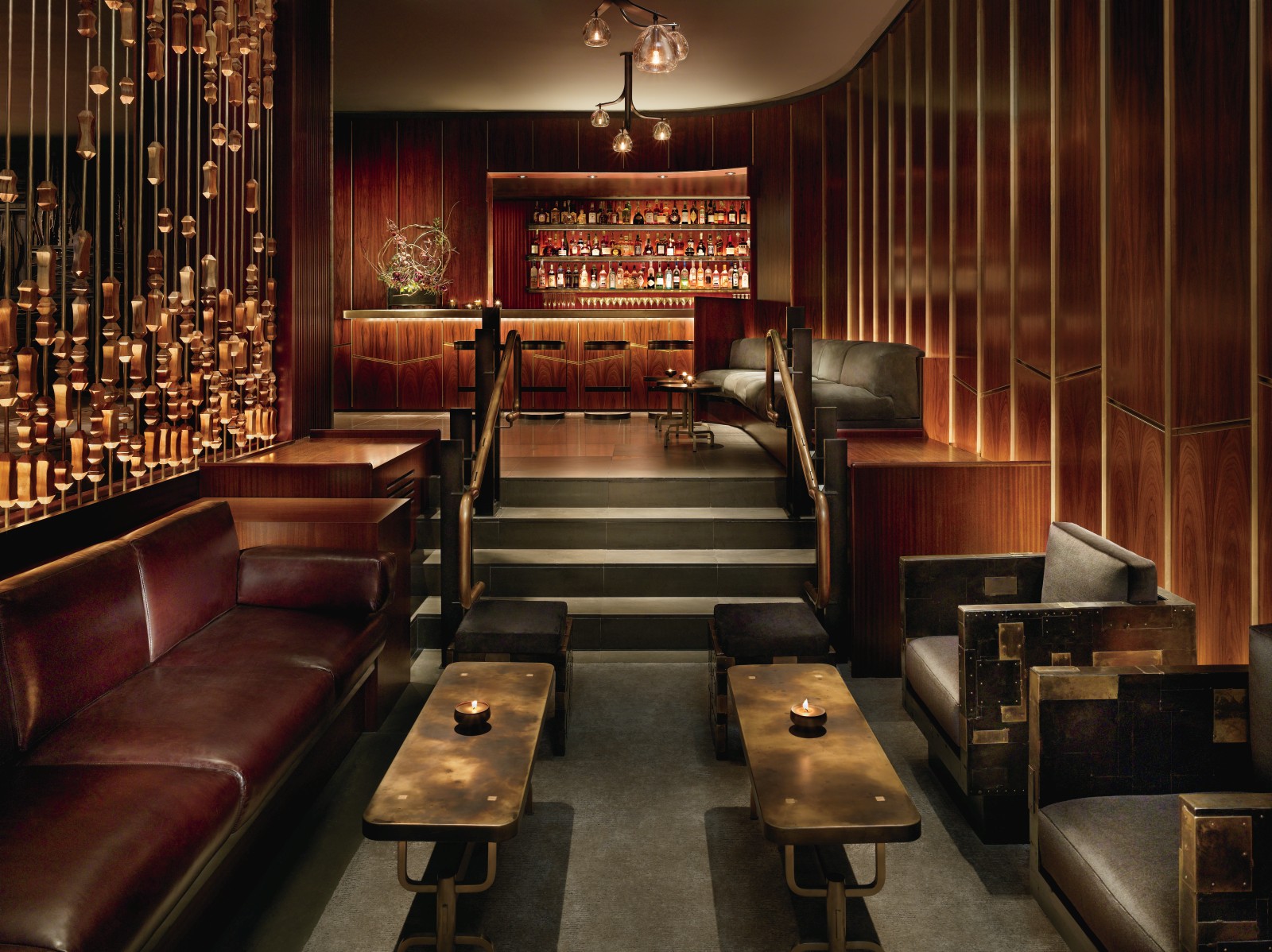 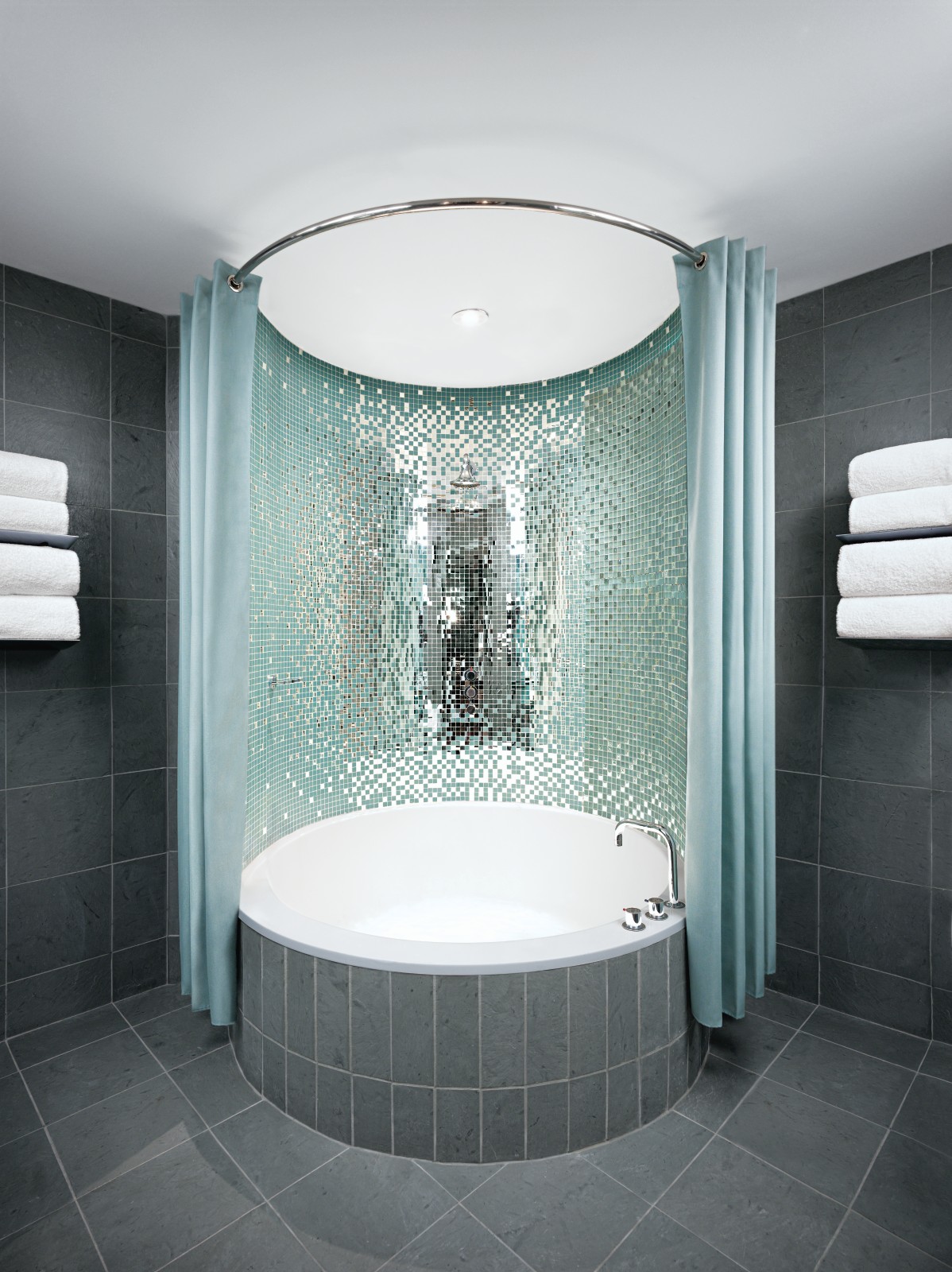 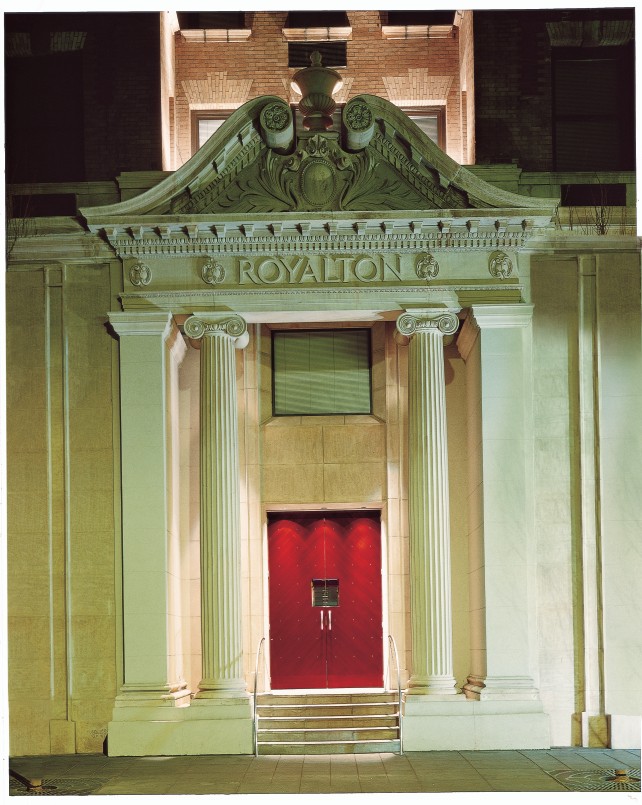 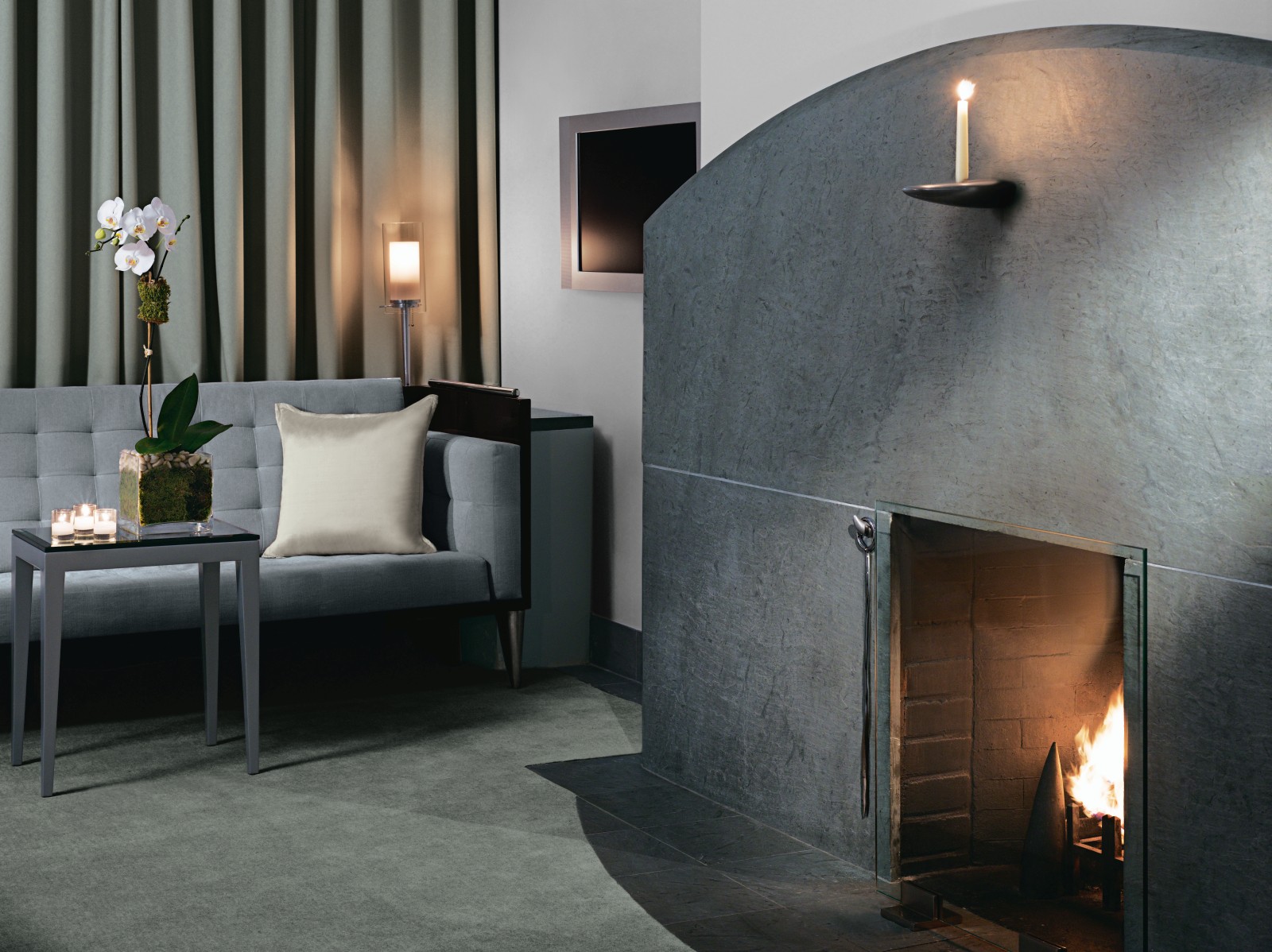 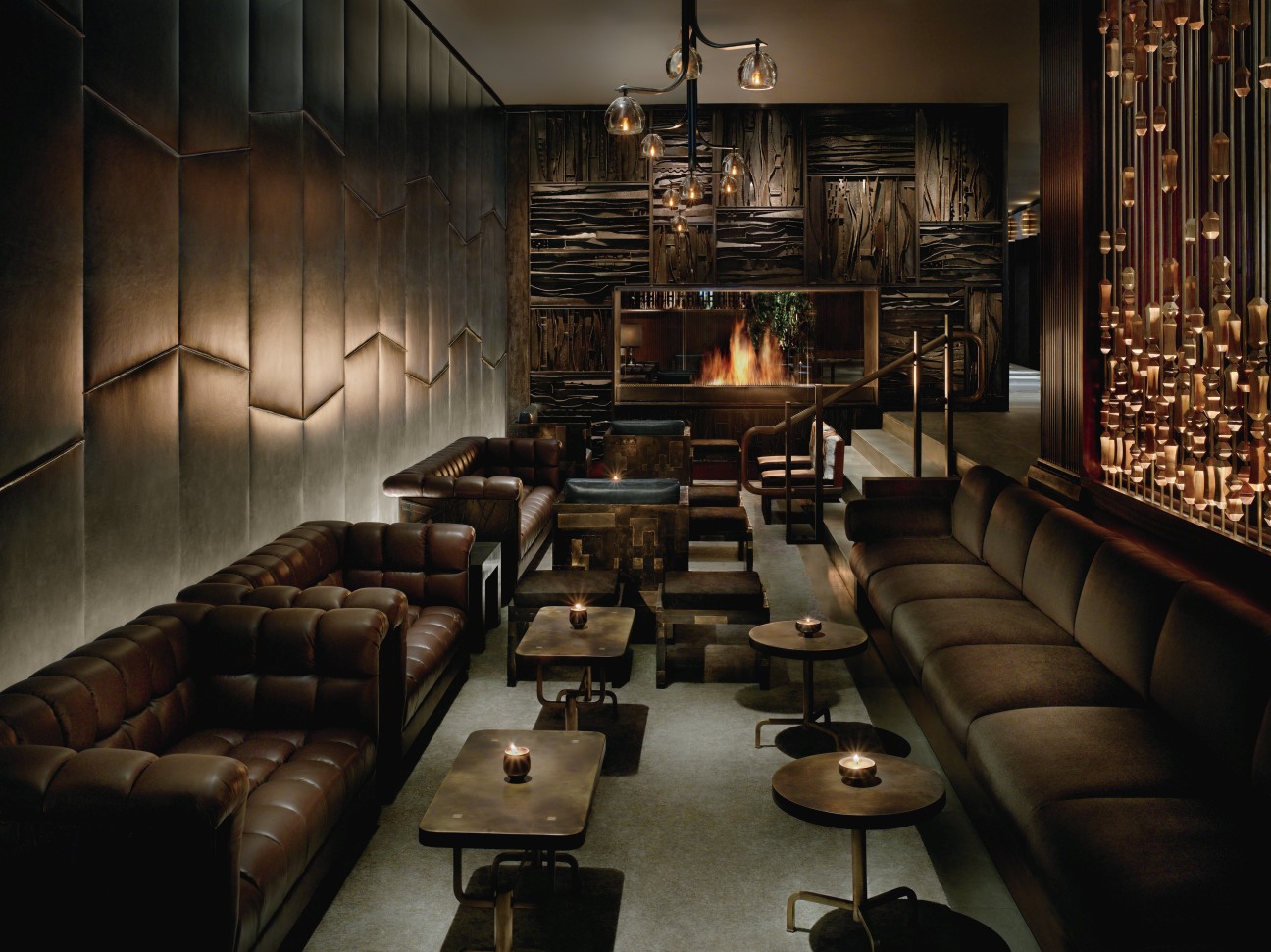 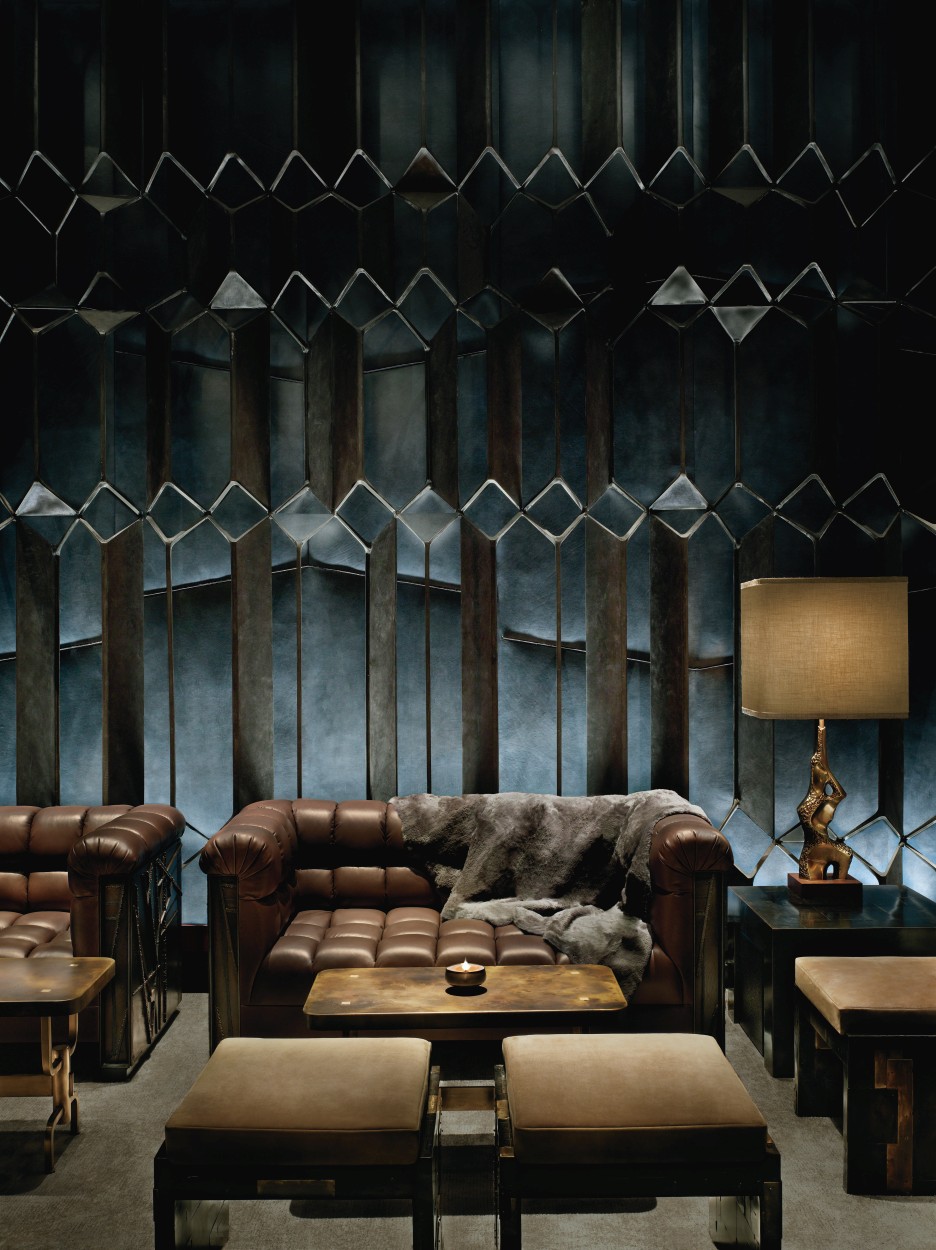 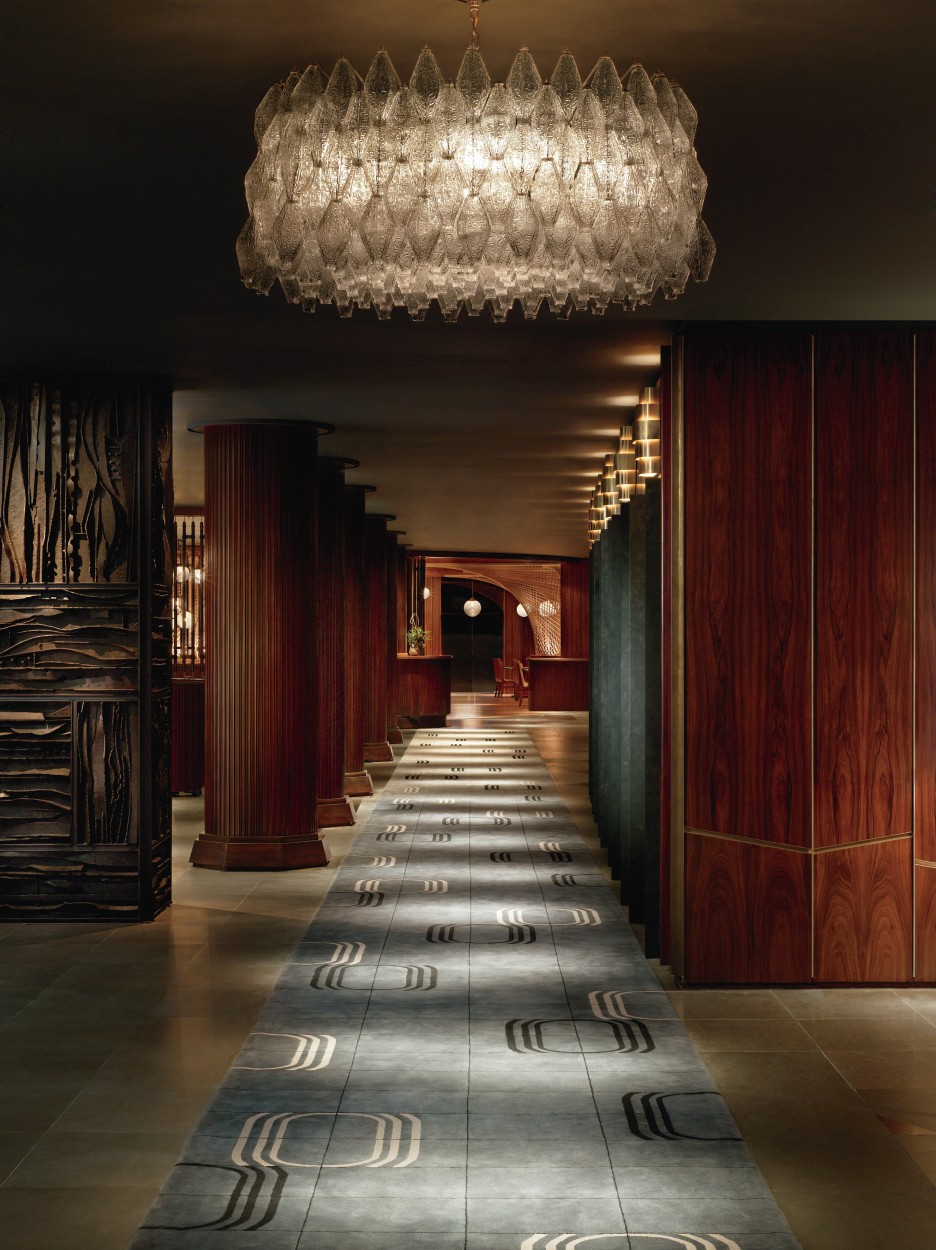 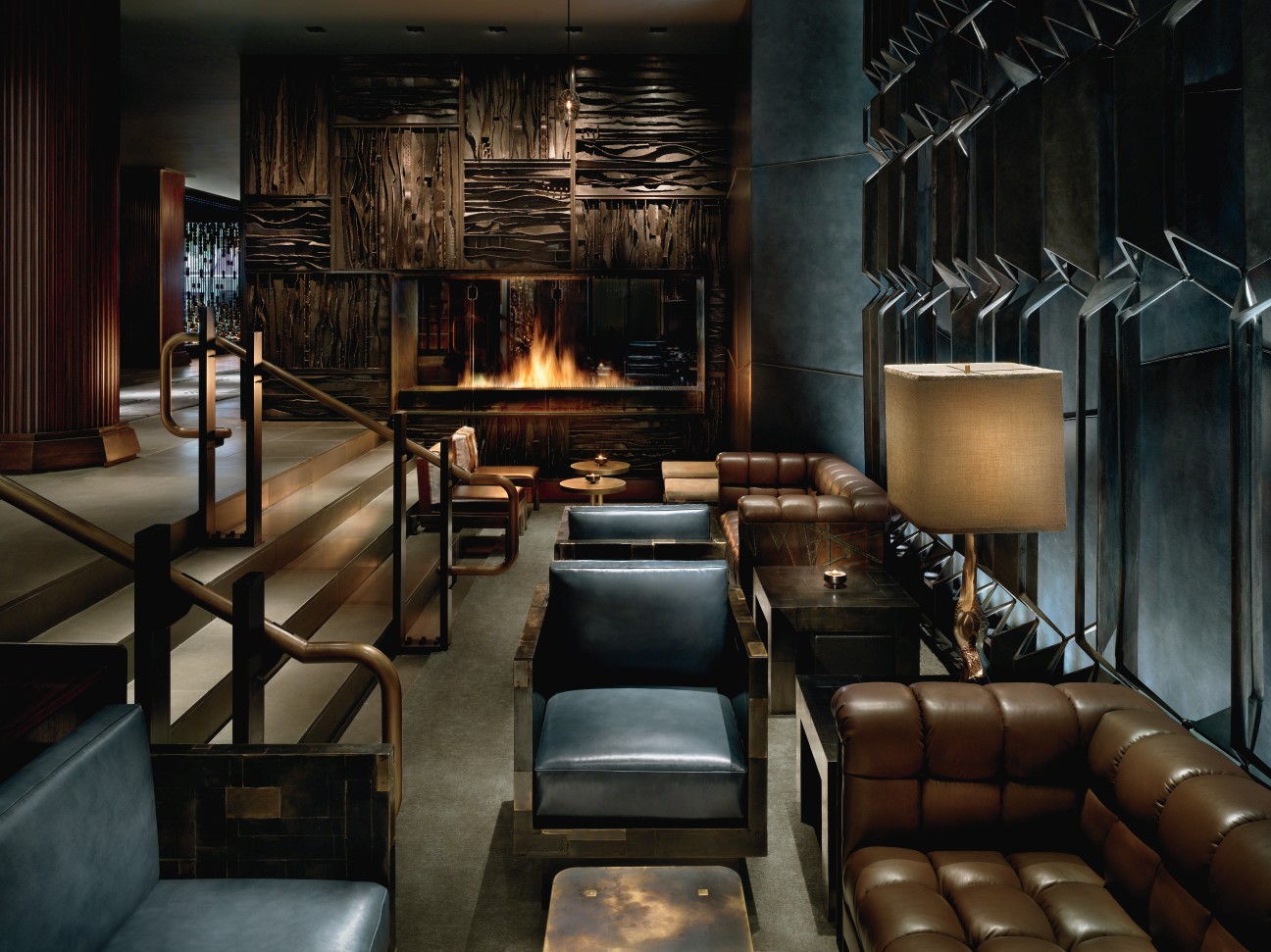 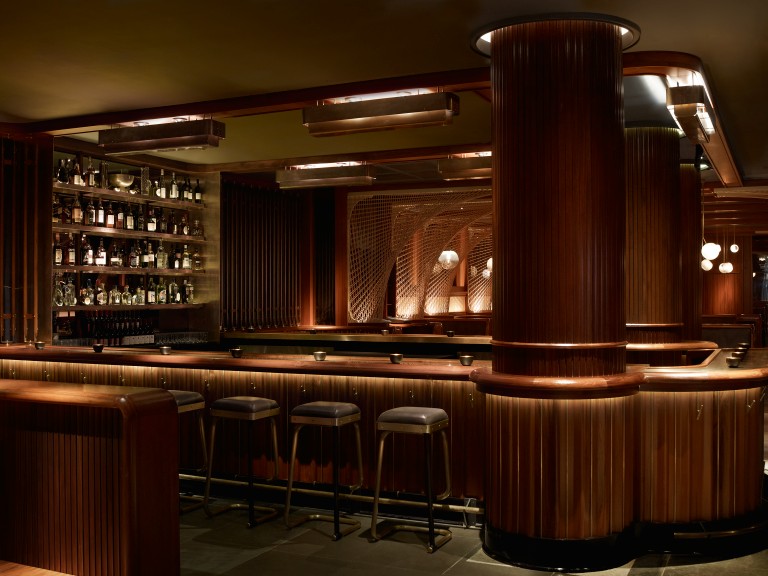