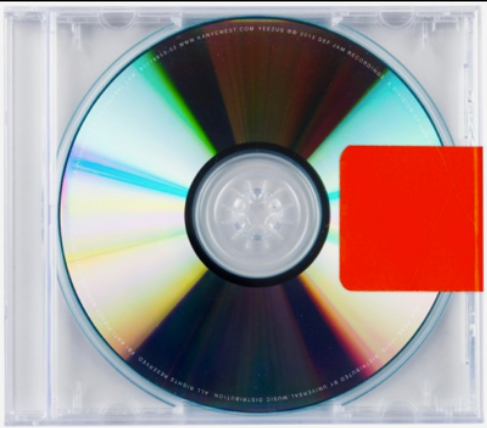 Kanye West serves up his sixth studio offering in the form of Yeezus. Despite being leaked four days before it’s official release on June 18th, the much-anticipated album has continued to be on the tips of everyone’s tongues well into this week.

After a few star-studded listening parties in NYC and LA, his marketing strategy of projection screenings around the world and his SNL performance, everyone was waiting, bated breath for Yeezus. Kanye did not disappoint. The vacant album cover is the first indication that what you’re about to listen to will be…different. Only one minute into the album opener “On Sight” ‘Ye confirms how much he cares with “How much do I not give a fuck? Let me show you right now, ‘fore you give it up.” So not at all? Got it Kanye. “On Sight” continues on, fuelled with techno tones right before revealing a soulful melody that takes us back to the Kanye we know and love. Remember “Stronger?” Well he reminds you with a well placed head nod to his 2007 banger. An indication that this is the music he wanted to make all along? I’d say so.

Next he introduces us to “Black Skinhead” and there’s really no hiding our discomfort at this point. Ceremonial sounding drums and electric guitars, he went all the way left of his usual sound with this one. Double timing his flow, we haven’t heard Kanye spit that fast since “Get Em High.”

The third track, “I Am A God” has understandably stirred up some controversy, since many people are somewhat opposed to Kanye declaring himself a deity. That being said, the continued strength in this song and the snarl he uses while saying those very words makes me believe he’s also telling his listeners they’re gods too. We’re just as important to him as he is. He knows he’s still human though, he says so with the line “Until the day I get struck by lightning, I am a God.” Even Yeezus knows there may very well be someone above.

Let’s talk about the production for a minute. Needless to say it’s complex. Constantly weaving seamlessly and yet still abruptly between dancehall, smooth melodic samples, progressive house music and straight up EDM, it’s left a lot of people feeling the album is simply schizophrenic. The Chicago native has never released anything like this before, but again, I feel this is the music he’s been wanting to put out. Not to mention, the production credits for Yeezus are notably extensive for an album without live instrumentation.

Another stand out track is “Blood on the Leaves,” which samples Nina Simone’s cover of “Strange Fruit” and TNGHT’s “R U Ready.” Kanye compared lynching to relationship problems with complete sincerity, which is sure to raise a few eyebrows but I don’t even think people picked up on that. They were too busy dancing. I will say this though, blood on the leaves is a metaphor for equality, among other things. In the original “Strange Fruit” the lyrics reference blood on the root (ancestors being lynched) and blood on the leaves (cue ‘New Slaves’). We all bleed, the proof is the blood on the leaves. The girl ‘Ye is talking about was just like the rest of them. Get it?

So that leads us to think about Yeezus lyrically. You have to approach ‘Ye’s songs with a double-edged sword. On this album he gives us good doses of his familiar subject matter, women on cuts in “I’m In It,” loss on “Guilt Trip” and pairs them with more of his familiar subject matter, Chicago and being a black celebrity. The words push the already overwhelming songs over the edge in many cases. Also notable is that CyHi has writing credits on nine of the ten tracks.

The reward of the album is the delivery and the effect. These tracks make you feel what Kanye was feeling in the studio. Every sound and every word is deliberate. He’s not asking you to feel, he’s making you feel. That is the strength of the album. Kanye uses sounds to command our emotions to be swayed this way or that way. So in that sense, he might really be a God.

The album closes with my personal favourite, “Bound 2.” Sampling the Ponderosa Twins Plus One song, “Bound” we’re already taken back to the 70’s. It’s a testament to Ye’s career and reminds us all why we fell in love with him in the first place. Charlie Wilson belting out, “I know you’re tired of loving…with nobody to love” closes out Yeezus and left me wanting more.