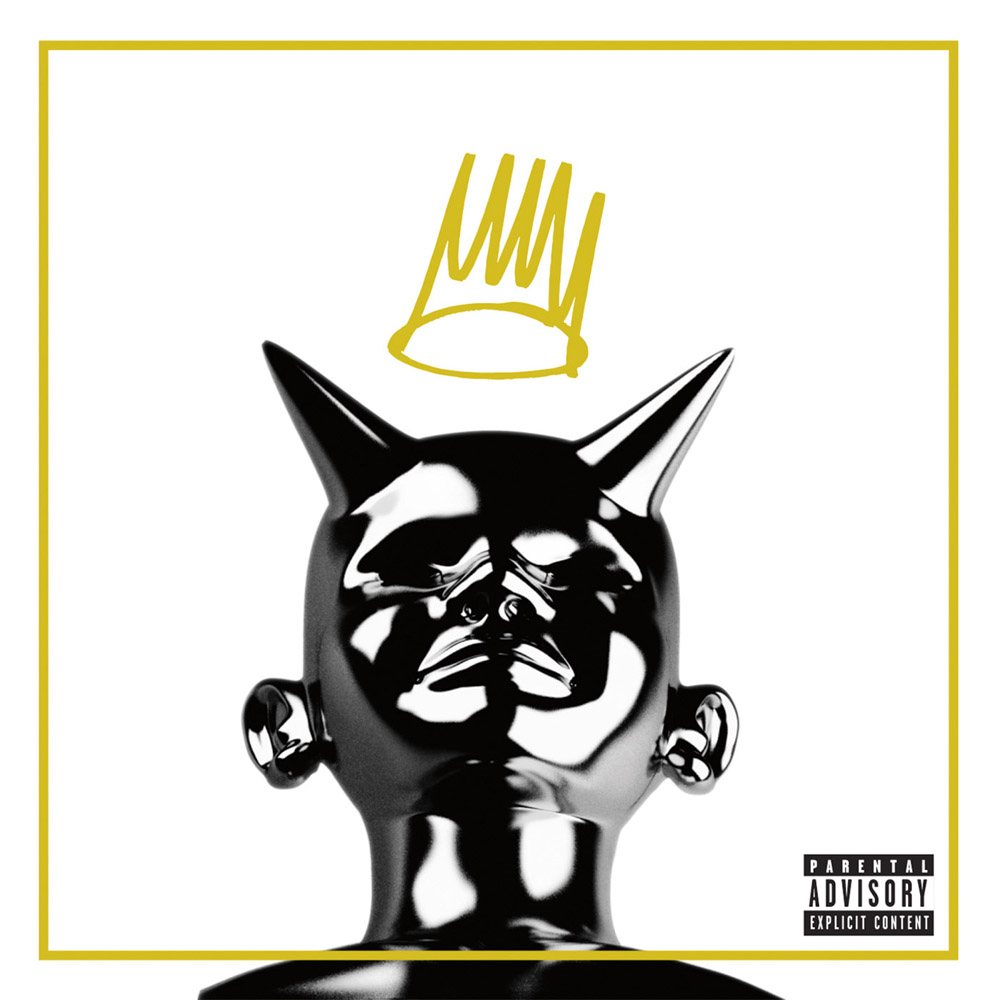 “It’s way darker this time,” J. Cole sets the tone for his sophomore album, Born Sinner. The name itself leads listeners to believe Cole is repenting, but for what? Remember Sideline Story? His debut album, which was received well, although he had committed the “original-rapper-sin” while creating it: trying too hard for a hit single. This time around, Cole really dug deep and the introspection shows.

In the album opener “Villuminati,” Cole compares himself to Hov and Tupac over the Biggie-sampled track. To some it may seem like the typical rapper bravado but I think it’s less of that and more of Cole showing the angles to his style and lyrical dexterity. Having originally planned to release this project on June 25th, Jermaine decided to push the date up to match Kanye’s sixth album drop, Yeezus. Squaring off with one of the giants in the game was a risk Cole was willing to take and it paid off. Also, it showed Cole’s listeners that he stood behind his work and was beyond confident that he was bringing some fire.

The first single came in the form of “Crooked Smile” featuring the legendary TLC. Recalling TLC’s hit “Unpretty” its easy to see why Cole wanted them on the hook. The song is all about being true to yourself and never letting anyone else determine your value as an individual. Female listeners swooned for Cole’s accepting words and this one will undoubtably continue to be heard through the summer months.

Much of the production on this project is courtesy of Cole himself. It makes a lot of sense once you realize the beats are perfectly tailored to what he was trying to say in each track but still creates a fully formed album. Take for example, the Kendrick Lamar assisted “Forbidden Fruit.” Pair A Tribe Called Quest sample with a bass guitar and you get a slick story about vying for a female’s attention, whether for better or for worse. Many people asked why Cole would have the arguably, best lyricist of the moment on a track and not drop a verse. Instead Lamar holds it down, humming the hook in the seductive voice that many of us recognize from his “Buried Alive” interlude off Drake’s Take Care. See, that’s the point. Kendrick’s hook talks about temptation in the modern Garden of Eden and ends with, “Bitches come and go. Money come and go. Love come and go.” This line takes us back to the consequences of fame Kendrick talked about in “Buried Alive.” Cole knows what he’s doing.

In between tracks we hear glimpses of J.Coles alter ego that I’ve affectionately named ‘Little Jermaine.’ From grabbing his new chain to discovering a new ad-lib, he takes us through Cole’s daily life.

We also see the vulnerable side of Cole in the track “Let Nas Down.” Tracing a time-line from before his debut album to his current release, we hear the story of how his idol, Nas, was disappointed in Cole’s radio-friendly single “Can’t Get Enough” back in 2011. Depicting himself as the rap martyr who’s only out to save hip-hop over a saxophone that is reminiscent of Kanye’s “Big Brother” and drum kicks, Cole puts his whole heart on his sleeve for this one.

The titles track, “Born Sinner” closes the project utterly perfectly. Featuring the talented James Fauntleroy, this is a song we will all be humming for a while. And like Cole says, “Born sinner, was never born to be perfect.” Maybe we should all stop trying to be perfect and just be fucking great.