Strange days are coming. US politics, climate change, the failure of basic human understanding on race or sex, and digital addiction has our time resembling some sort of satirical storyline about a lost species. Never have we been so connected, yet so disconnected. We have so much more information, yet are less informed than ever.

22, A Million is a departure from the expected following 2011’s self titled release. It’s like Justin Vernon found himself at a fork in the road, and went with it. But there’s familiarity within its hauntingly experimental approach as well and  bravery within its confidence to evolve.

Hitting play, you’re welcomed by glitched vocals suggesting the end is ahead. “Within our eyes there lies a scission” Justin swoons on “22 (OVER S∞∞N)” Vernon’s ability to insert one’s own experience into its meaning is where you’ll find the true power of this entire album.

Reminiscent of Brooklyn band Woods, “715 – CRΣΣKS” is the albums most vulnerable track, stripping down everything to just Vernon’s voice synthesized by autotune. The song desperately cries out for connection, “Only understand that I have been left here in the weeds, and all I’m trying to do is get my feet up from the creek”.

“33 Gods” presents a return to the familiar for life long Bon Iver fans. After the first three songs escape into the unknown this track opens with a familiar piano line you’d expect from past works, incorporating a progression of sound through distorted secondary vocals and unrecognizable samples. Fans will find the same comfort in “29 #Strafford APTS” and “666 ʇ”.

Thirty-nine seconds into “8 (circle)”, Vernon’s voice rings unaltered for what feels like the first time. While his tone fills of optimism, his words are fleeting: “I will run, all around it, have to crawl, still can’t stop it.” The power of this LP peaks at “00000 Million”, which breathes resilience and forgiveness. Finally we find ourselves at the end the with Vernon’s pleading “If it’s harmed, it’s harmed me, it’ll harm, I let it in”.

This is an album on the brink. Bon Iver may have pushed themselves to the point of bend or break, but have found satisfaction in reaching a point of eruption. For better or worse, Bon Iver is in search of something new on 22, A Million, departing with confidence on a journey to the undiscovered.

We’re living in a strange disorientating time and Bon Iver’s third album feels like a unified, desperate call for meaning, through a willingness to search and listen.

22, A Million is out now on Jagjaguwar. 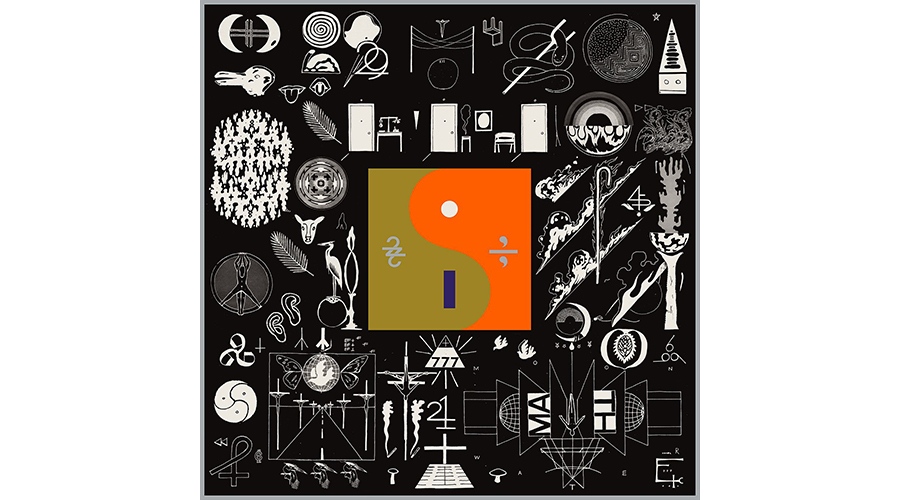