Grime has been growing in popularity in North America in the last year. Not as hip hop’s British cousin but a genre with its own style, history, lingo, and sound. Why do you think Drake’s saying “ting” all of a sudden? While Wiley is known as the father of grime in the UK, it’s Dizzee Rascal who probably had the most recognizable grime track to make it over to our shores. “Fix Up, Look Sharp” was on commercials, in movies and TV shows, and any other way we consumed music back in the early 2000s.  It was the second single off his debut album Boy In Da Corner (2003). The other most popular track and first single from the album was “I Luv U,” which you might’ve heard Stormzy sample in “Know Me From.”

Boy In Da Corner isn’t just an album we’re regarding highly today, in retrospect. It placed Dizzee Rascal as the best rapper in the UK and was a remarkable debut. It was unquestionably British as well as introspective, angry, powerful. It made a name for grime and U.K. garage for music critics who didn’t think much of it. It won Dizzee Rascal a Mercury Prize in 2003, making him the first rapper to receive one. When he accepted the award, he not only thanked the underground but urged everyone to support British talent, all British talent.

Last night, the 31-year-old rapper performed the album in its entirety for the first time. Some of these songs he’s never performed live at all. His traveling DJ MK warmed up the crowd playing tracks by today’s hottest grime rappers and MCs: Stormzy, Skepta, Section Boyz, Kano, Ghetts, JME, etc. Pockets of the Brooklyn audience knew every single word and got rowdier with every single wheel up DJ MK did. Once it was time for Dizzee Rascal to start the show, literally “Sittin’ Here” in a corner of Music Hall of Williamsburg’s stage, the whole place exploded. Rather than walk out to a track, he chose to have the curtain drop as a yellow backdrop lit up behind him, mimicking the cover art for Boy In Da Corner.

As he worked his way through the album, he seemed to realize that most people weren’t just there for the cool factor of an intimate Red Bull Music Academy show. Speaking to RBMA, he said he chose to do this in Williamsburg because it was the site of his first NYC show. Whether they were with him since the album dropped or became fans after learning of his influence over their current favorite rappers, this crowd gave him all they had and he responded in kind.

Check out photos of the show below. 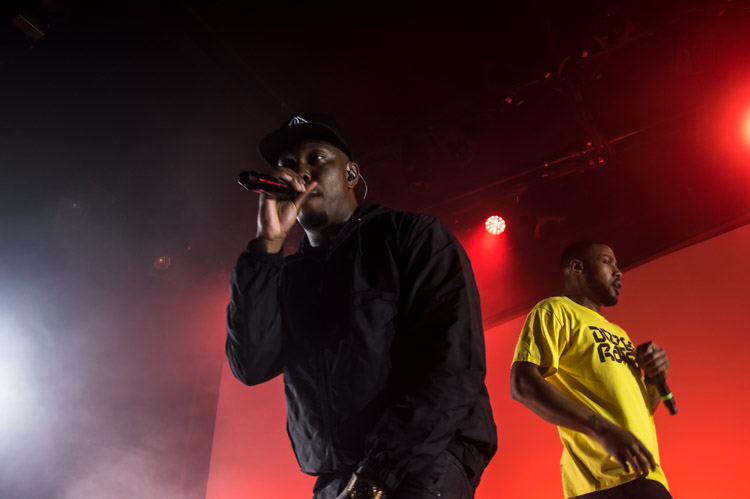 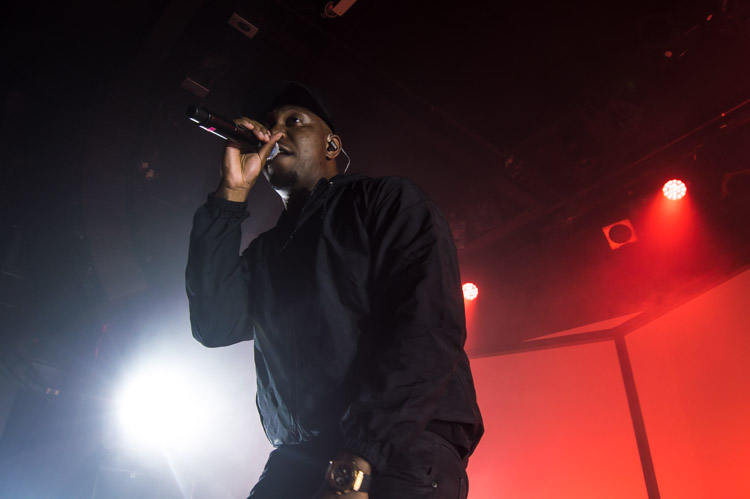 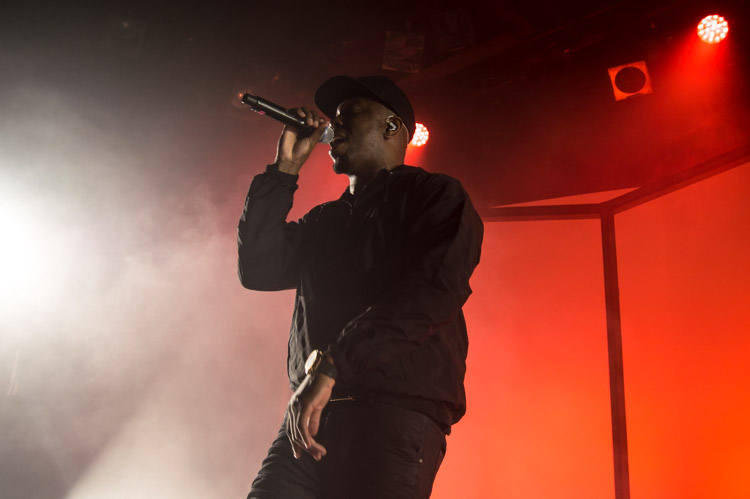 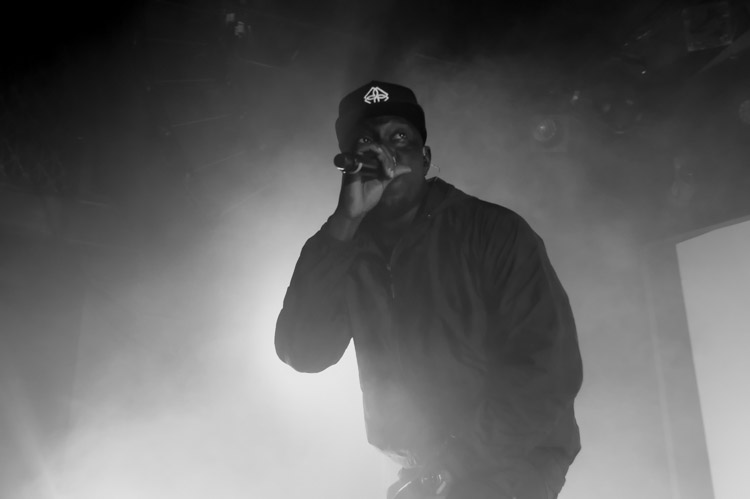 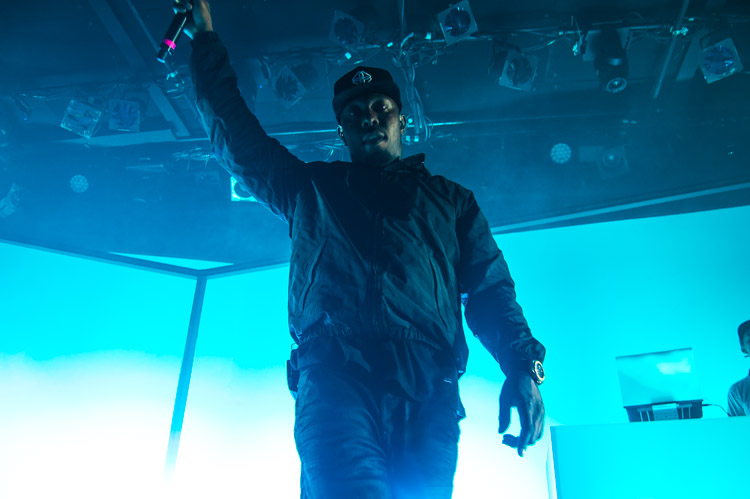 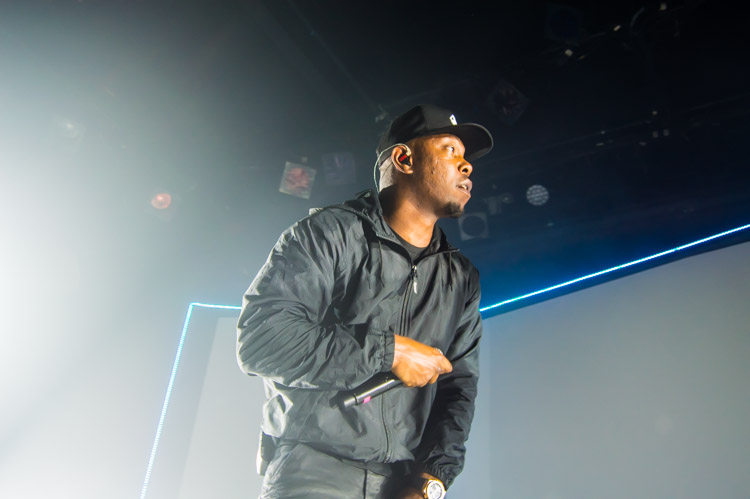 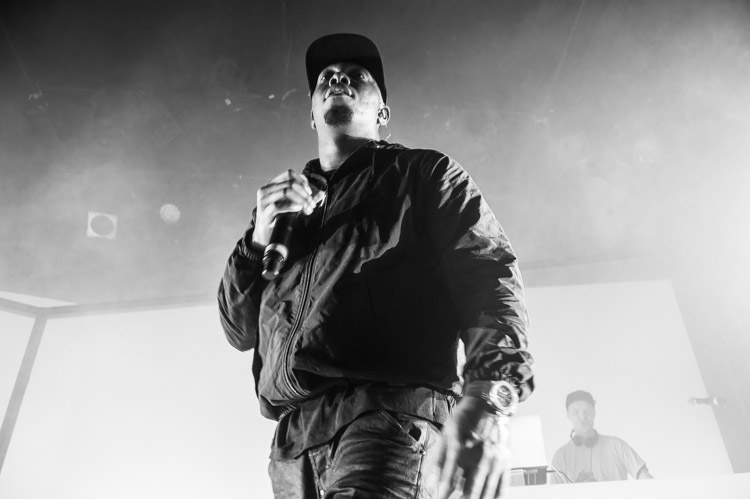 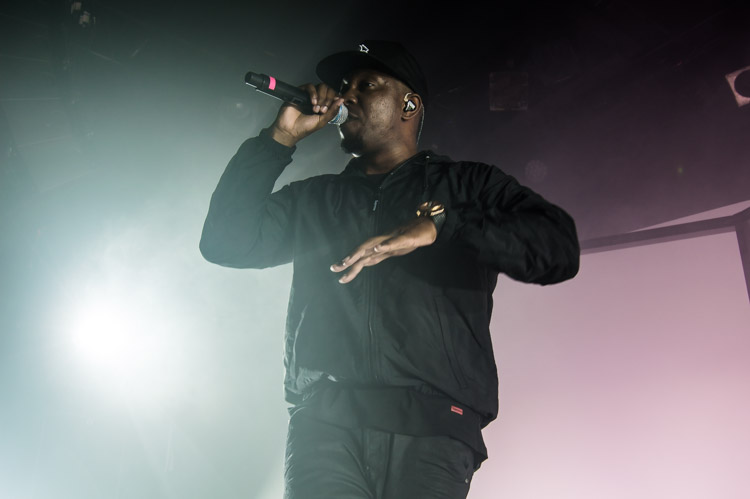 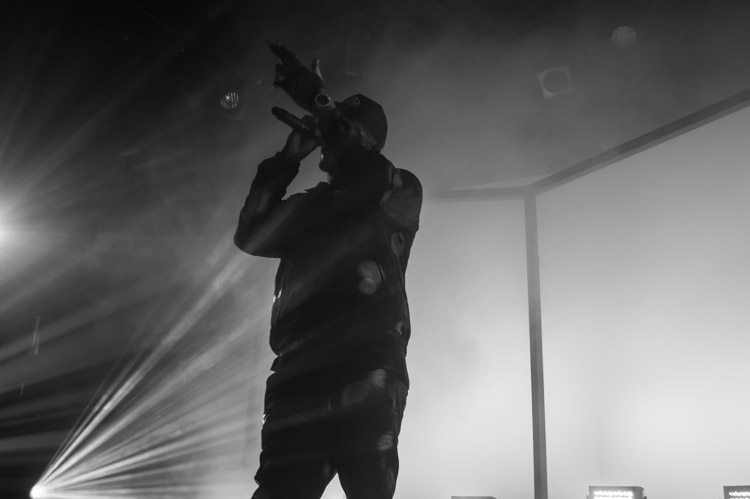