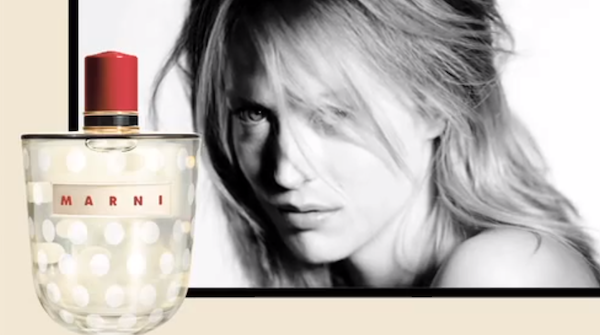 Late last year Marni announced they had signed a deal with Estee Lauder and would later launch their first ever signature scent. Well the campaign for it has arrived as it’s about to hit stores in February, and it features the stunning alluring beauty of Raquel Zimmermann.