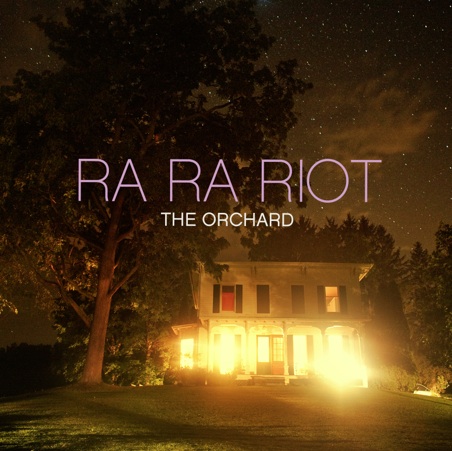 Oh goodie! We’re very excited to share this amazing news with you lovelies! Not only are Syracuse indie pop darlings Ra Ra Riot finally set to release a second album, but, today marks our official countdown to Osheaga Festival in Montreal! We’ll feature a different band we’re excited to see each day to build anticipation towards the star studded lineup that awaits us next month!

But back to Ra Ra Riot. Before the release of The Orchard, which is due out via Barsuk on August 24th, the band will play in Japan, Montreal, and Ohio, following which they’ll embark across North America (click here for dates).

What’s even more exciting is this juicy video teaser directed by Taryn Gould and Emily Kowalczyk, featuring the bands travels last summer to a plentiful peach farm where the stayed for a month working on the much anticipated album, which by the looks and sounds of this video is going to be quite lovely.