Queens of the Stone Age ‘…Like Clockwork’ Short Film 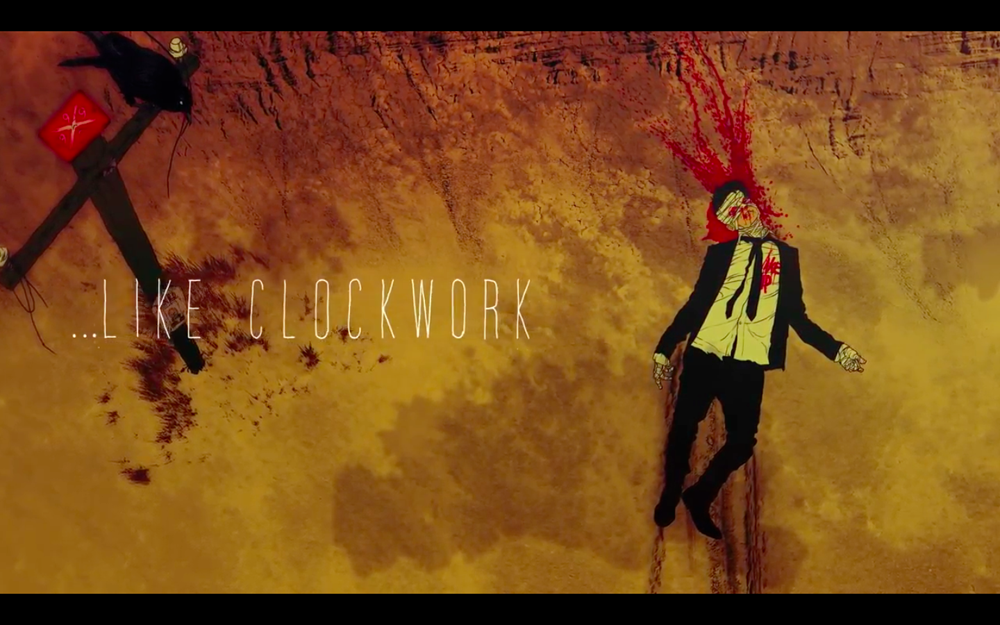 After releasing several short video previews, Queens of the Stone Age have collected all their creepy animated videos into a 15-minute short film. The band released individual videos for the … Like Clockwork tracks “I Appear Missing”, “Kalopsia”, “If I Had a Tail”, “Keep Your Eyes Peeled”, and “My God Is the Sun”. Made by UK artist Boneface, who also designed the bands new album cover, and features animation by Liam Brazier.
…Like Clockwork is out on June 4.