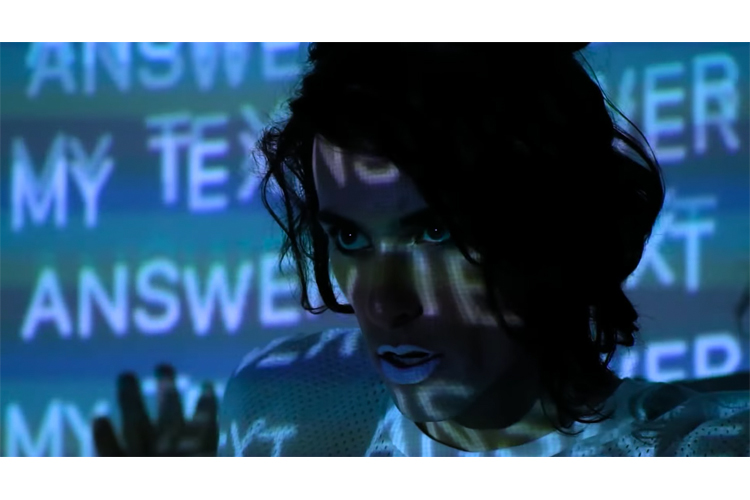 Glittered twee posi-punk babies PWR BTTM are set to release their sophomore album, titled Pageant, due out this spring.

They’ve recently shared a video for the upcoming album cut “Big Beautiful Day” and now they’ve dropped a video for their already much beloved anthem “Answer My Text,” which expresses the frustration of your crush not texting you back.

Directed by H.S. Naji, the video features the band’s Liv Bruce looking cute hanging around in a bedroom while waiting for some dick to reply to her text. The other half of the PWR BTTM duo Bean Hopkins also makes appearances in the video, spotted on the TV in the background, playing video games, and posing amongst some projections of texts with Liv.

Watch PWR BTTM’s video for “Answer My Text” above.

Pageant comes out May 12th on Polyvinyl, pre-order it here.