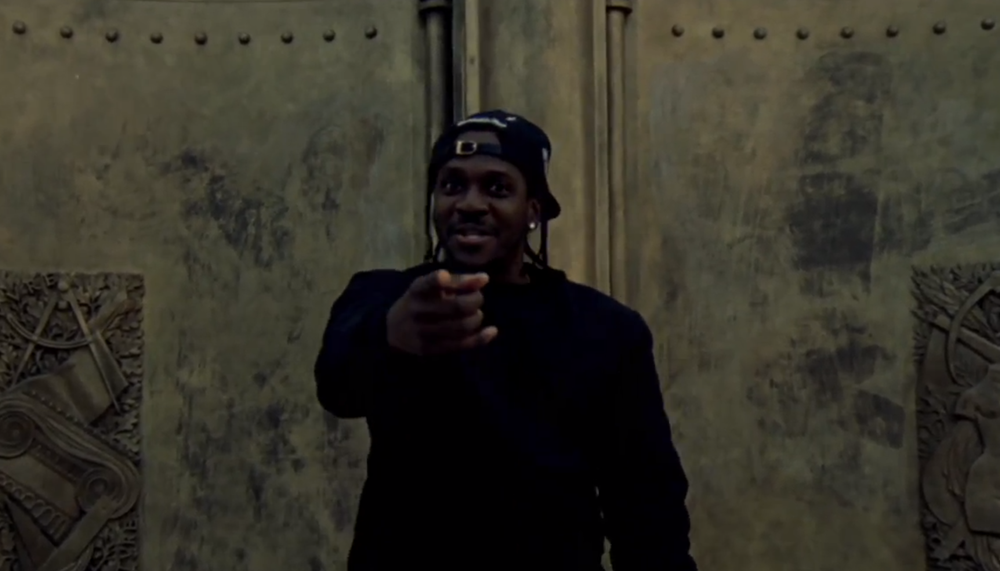 Pusha T drops the video for his single “Numbers On The Boards” off his upcoming solo debut My Name is My Name, set to drop July 16th. The video was filmed in Paris, probably on the roof of Kanye West’s Parisian studio. The video is very dark, low light and a storms brewing in the background of the outdoor shots. A metaphor perhaps? Or a reflection of Kanye’s mood? Either way the video is great. Watch it below, and keep your eyes open at the end for the Kanye and Chief Keef cameos.