Prince Rama Shares “Your Life In The End” 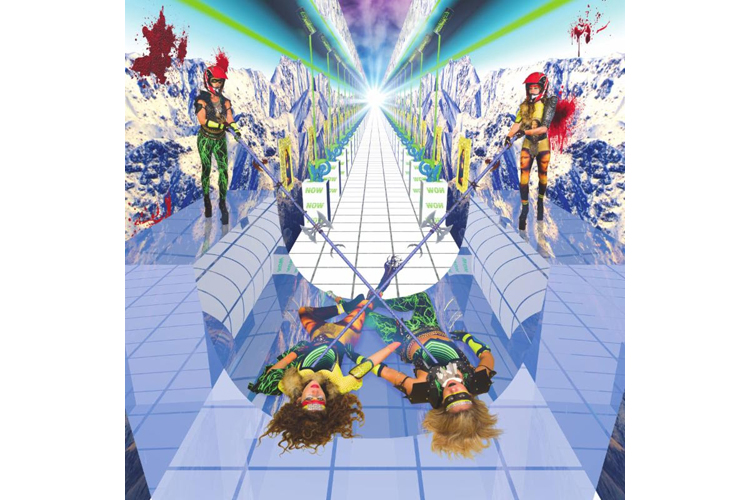 We’re totally obsessed with psychedelic out of this world sister act Prince Rama and are counting down to the release of their new xtreme sports in space inspired album Xtreme Now. We’ve been playing “Bahia“, “Now Is The Time Of Emotion” and “Slip Into Nevermore” on repeat and now Zane Lowe has caught wind of their excellence. Lowe has just premiered Prince Rama’s new single “Your Life In The End” on Apple’s Beats 1 radio. As Prince Rama explains in a press release..

“‘Your Life In The End’ is a triumphant ‘Rama-goes-gospel’ fist-pumping anthem, with sparkly church-rave pianos and tear-jerking melodies that would make Primal Scream fall to their knees. For the choral vocals, Prince Rama befriended members of the local Bed-Stuy Baptist church down the street from their apartment.”

Indeed, the Primal Scream vibes are real and the choir is cathartic. Listen to “Your Life In The End” above.

Prince Rama’s Xtreme Now comes out on Carpark Records March 4th, 2016. You can pre-order the vinyl via the Carpark shop or grab the pre-order digitally on iTunes now. You can also catch Prince Rama live at one of the dates below and trust us, you do not want to miss them live.