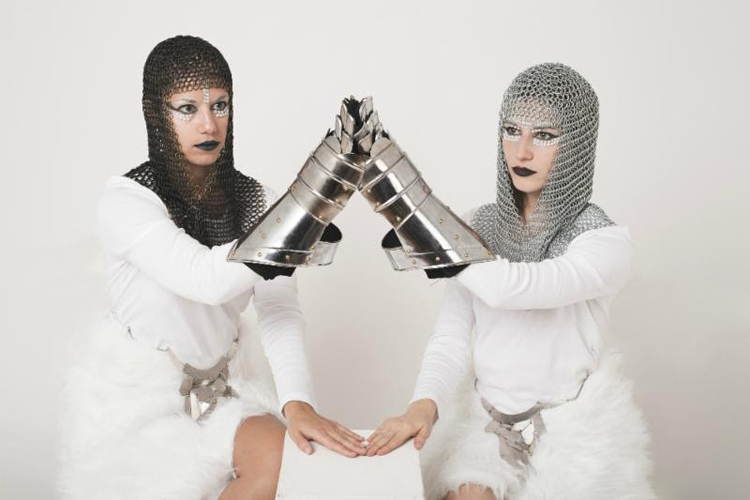 We can’t get enough of Brooklyn psych-dance sister duo Prince Rama and can’t wait for their upcoming album Xtreme Now. They’ve already shared the bright and bouncy “Bahia” and the punchy “Now Is The Time Of Emotion“. Last night on Pitchfork Radio, they dropped their third single, titled “Slip Into Nevermore” which is an epic smooth burner. As Prince Rama explains…

“‘Slip Into Nevermore’ was written inside an ancient Viking ruin on a remote island in Estonia as a last minute resort to try to prevent a friend from committing suicide. With its haunting synths and angelic vocals, it totally did the trick.”

Listen to the majestic track above.

Prince Rama’s Xtreme Now comes out on Carpark Records March 4th, 2016. You can pre-order the vinyl via the Carpark shop or grab the pre-order digitally on iTunes now. You can also catch Prince Rama live at one of the dates below. Don’t miss Prince Rama live. This is not a test.