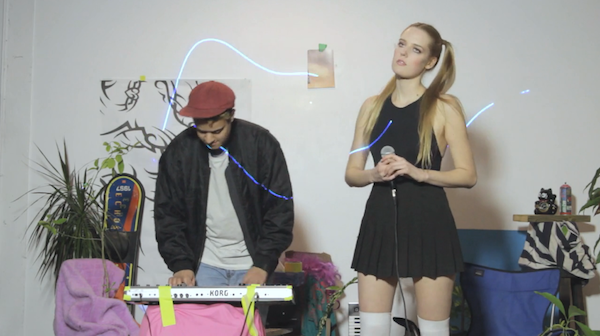 Welcome to your new summer dance jam from Toronto Montreal synth duo Prince Innocence. Formed from Little Girls’ Josh McIntyre and his gorge blonde girlfriend Talvi Faustmann, the band recently dropped their first EP called Lapse back in April and now they’ve released a Jason Harvey-directed video featuring the duo in what looks like their apartment dancing and playing music.

Watch the video for “Golden Hour” below.