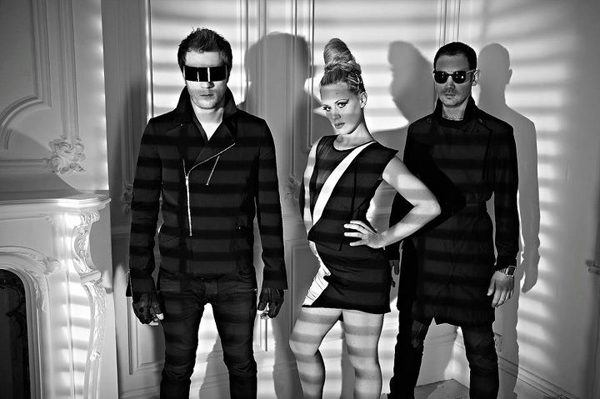 My number one album for 2011 was Nero’s Welcome Reality, so obviously when I heard the boys were bringing their live show to Toronto, I was f**king pumped!! Producers Dan Stephens and Joe Ray alongside vocalist Alana Watson, will be bringing their dubstep mixed with classic house melodies to Toronto’s Sound Academy on April 6th 2012.

For those of you who don’t know, Nero formed in 2004 and signed to the Formation Records label that same year, the group released a series of drum’n’bass 12”s that would take them up to 2008. That year, the Audio Freaks label released their “This Way” single, marking their shift towards dubstep. The year 2009 would find them breaking through with their own hit single, “Act Like You Know,” plus a hit remix of the Streets “Blinded by the Lights.” Remix work for Daft Punk, Deadmau5, and La Roux would follow, as would an award for Best Dubstep Act 2010 from the popular online music store Beatport. In late 2010, they placed in the Top 15 of the BBC’s Sound of 2011 list, and then, most importantly become my number one album for 2011!

You can check out the Embrace event page HERE to keep up to date on all the news about the events and you can purchase your tickets HERE. 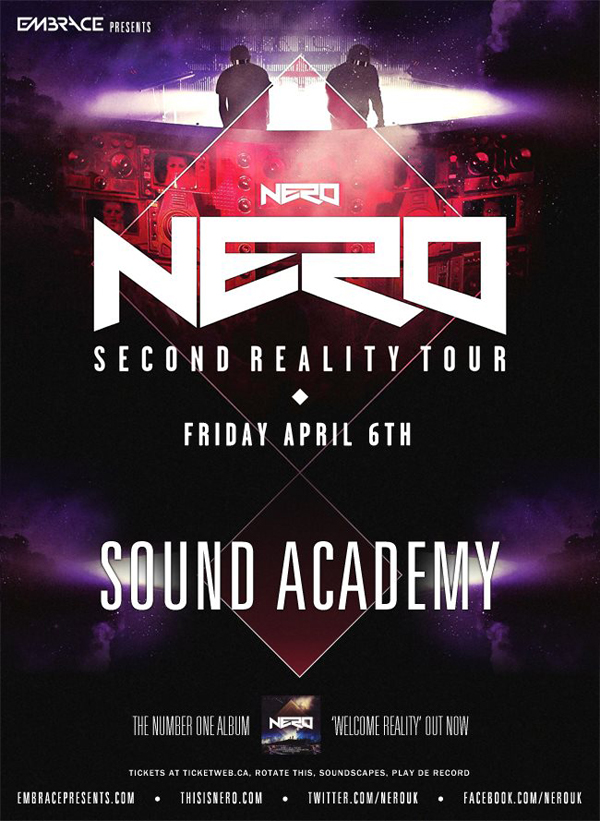