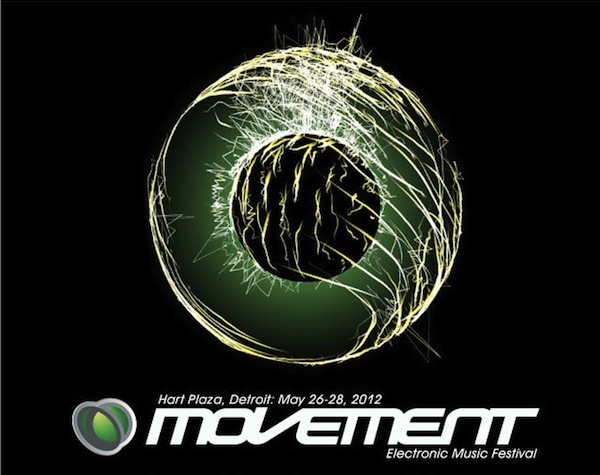 Movement: Detroit’s Electronic Music Festival is a seminal event in the electronic music scene. Happening every Memorial Day weekend since inception in 2000, Movement has undergone several name changes: most notably Detroit Electronic Music Festival (DEMF), but it has always been hosted right downtown at Hart Plaza. However you want to reference it, or remember it, the focus of Movement is primarily on techno. As the birthplace of techno, Detroit has the credibility and right to showcase the local talent as well as an array of international electronic artists and DJs.

This year’s lineup has its usual fill of techno and house, but the festival bookers have their finger on the pulse of other corners of the electronic spectrum as well. The prominence of the space/italo/nu-disco/disco-edit scene is addressed by having both Todd Terje and Greg Wilson back-to-back on the mainstage on Saturday. Not content to be au courant with just revisionary disco, the more modern electronic sound of dubstep and its incarnations is covered too by Zed’s Dead and SBTRKT. Plus, what’s a music festival without a Diplo appearance?! He’ll join partner Dave Taylor for a Major Lazer closing set on Sunday.

In addition to checking out all the great artists and DJs, we’re looking forward to seeing first-hand the resurgence of downtown Detroit. Recent improvements and a population relocating back to the city have prompted cool new developments in areas just outside the core. Plus, those old, uninhabited buildings still make for some sweet pictures. We can’t wait to get down to the D to pay homage to Detroit’s contribution to the electronic music scene! We’ve broken down the line up below for you to make sure you know who not to miss during the festival, and be sure to stay tuned for all the coverage right here!

Derrick Carter, The Main Stage: A DJ’s DJ who just happens to be the best representation of true Chicago house. A legend.

Greg Wilson, The Main Stage: DJing since 1983 when he used to play reel-to-reel tapes, he’s also the king of the disco-edit.

Todd Terje, The Main Stage**: Hard to pin down in terms of a describable style, but that’s the best part! Is it techno, deep house, disco?! It doesn’t matter…

[Wilson, Terje and Derrick Carter play back-to-back-to-back on the mainstage. It’ll be pretty hard to leave the main stage on Saturday.]

SBTRKT, Red Bull Music Academy Stage: They put on a fantastic show with live drums at Coachella and has great raw energy live.

Droog, Underground Stage: Another favourite from Coachella. They killed a mid-afternoon set of techy-minimalism in the Heineken tent at Coachella. Here’s hoping a similar set time leads to a similarly great dancefloor.

**for those in Toronto next weekend, Wrongbar’s 4 year anniversary features Todd Terje. Don’t miss a fairly rare Toronto stop for the Norweigan DJ. Friday May 25.

Lindstrom, Red Bull Music Academy Stage: We’ll be seeing them open for Simian Mobile Disco in New York on Friday and they’ll be in Toronto on Saturday. These guys are busy!

Martinez Brothers, Beatport Stage: let’s see if their recent Blackberry commercial has given them more tools for their set!

Plus, the last few acts on the Red Bull stage are all worth checking out: AraabMuzik, Dillon Francis and Major Lazer. Plus, Toronto’s own Keys n’Krates play that same stage earlier in the day.