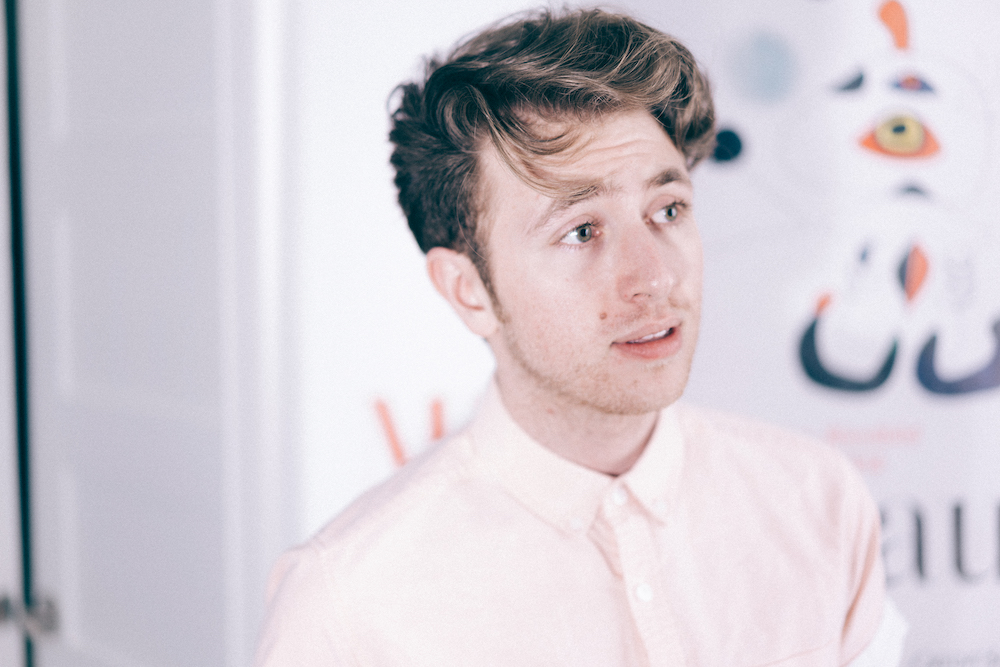 UNBLOOM (aka Jonathan Zarola) is an electronic musician hailing from London, Ontario. After dropping his debut Extended Play 1 EP over two years ago, the rising producer has returned with a new follow-up EP titled This Could Be Everything / This Could Be Nothing set to release tomorrow.

A self-described perfectionist, Zarola spent almost seven months recording and mixing the six-track project with the mantra “every hit has to be a home run.” The entire EP was created in his living room studio and features several collaborations with fellow rising London artists including Sidney Alexandra, Davey, Kayla Stewart, JOYYY, Layla Mora and more.

“UNBLOOM collaborations spawn from organic, serendipitous moments. Every collaborator on this EP lives within a 2-mile radius of me—these artists literally live in my neighbourhood, and they just so happen to be very talented.”

We spoke to the London producer about his introduction to music, the process of recording the EP, his dream collaborations and more.

Sidewalk Hustle: What were the circumstances surrounding creating this album?

UNBLOOM: The bulk of the writing for the EP began shortly after finishing my Master’s Degree in English Literature. I wasn’t convinced that pursuing a Ph.D. was the right move for me at the time, and I knew that I had a limited window of opportunity to take my passion for production and songwriting seriously. The months that followed were the most intense and prolific writing sessions I had ever experienced.

SH: How long was the process and how would you describe your creative process?

UB: [It] always starts with a chord progression or drum pattern that resonates with me on an emotional level. The initial idea has to make me feel something—otherwise, I toss it.

SH: How do you develop collaborations and choose artists to work with?

UB: UNBLOOM collaborations spawn from organic, serendipitous moments. I can tell right away if the person has the right vibe and voice for the song – they also have to be cool people to hang out with (haha).

SH: How did you get into making music and how did you arrive at the type of music you’re making today?

UB: I began my musical career as a drummer for jazz, funk, and indie-rock outfits. It wasn’t until we started recording professionally that the allure of production peaked my interest. When I heard Disclosure’s masterpiece album “Settle,” I stopped dead in my tracks and said: “that’s it. I have to make dance music.”

UB: Disclosure would be at the top of my list (even if it was just to pick their brains on production), but I would also love to collaborate with fellow Canadian Carly Rae Jepsen—I think the reckless abandon in her voice is beautiful, and I can see our styles matching well. And, of course, if I could spend a day recording with Pharrell, I could die a happy man.

SH: What’s next for UNBLOOM?

UB: Whether that is through music, fashion, or design, I feel I have more to offer and explore. I also want to try my hand at working with pop stars/burgeoning artists in the “war room” environment—to be at the point of origin when ideas are transformed into songs.