After Miuccia Prada and British artist Damien Hirst got together earlier this month to open a pop up juice bar in Qatar called The Prada Oasis and Damien Hirst’s Pharmacy Juice Bar, the worked together to on these “Entomology” bags  which combine Plexiglas and with bedazzled insects.

In this incredibly limited edition run, only twenty bags were produced and all of the proceeds will go to benefit Reach Out To Asia. They’re not quite as stomach turning as Hirst’s famous Two Fucking and Two Watching exhibition which was banned because it featured a rotting cow and bull, but they are kinda bordering on creepy, don’t you think? 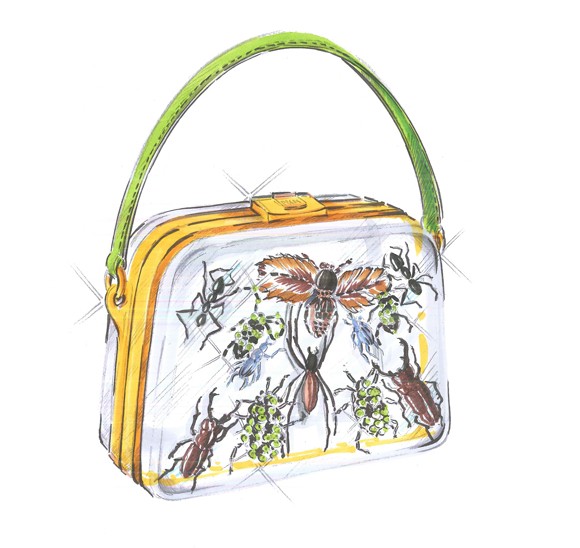 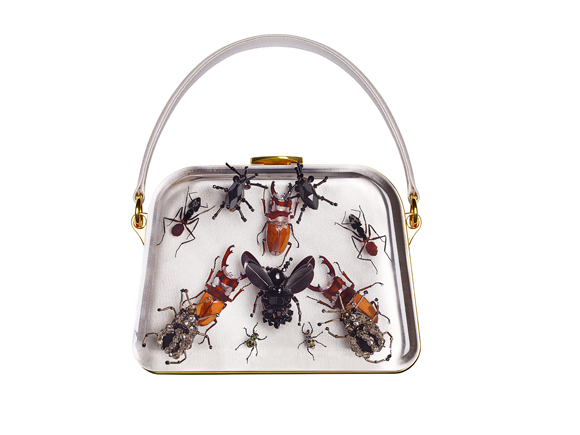 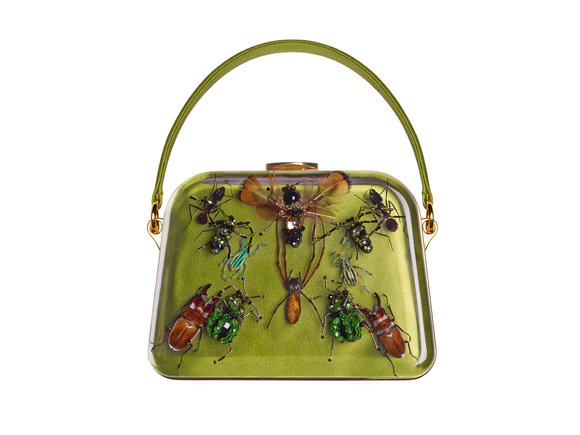