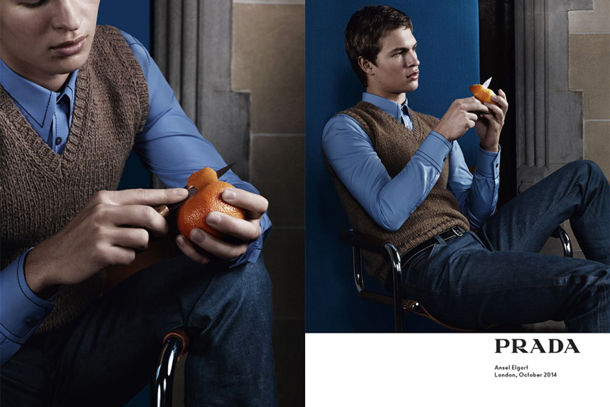 Italian fashion house Prada presents their star-studded Spring/Summer 2015 campaign. Featuring actors Ansel Elgort, Ethan Hawke, Jack O’Connell and Miles Teller wearing some exquisite pieces from the collection such as suiting, and some finely knit knitting. Shot by Craig McDean, between London and New York, the campaign features a close-up of each actor interacting with tactile objects from knives to prisms, and also switches between black and white. Take a look at the full menswear campaign below. 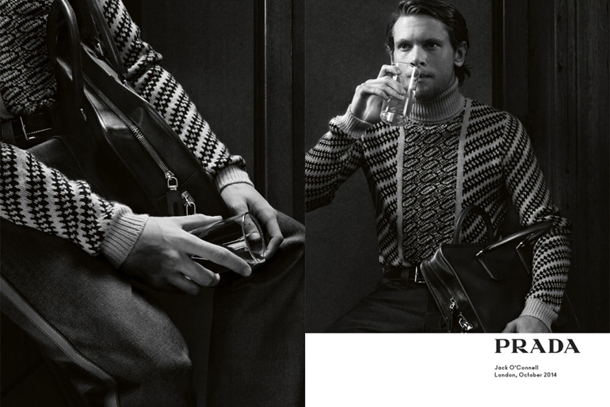 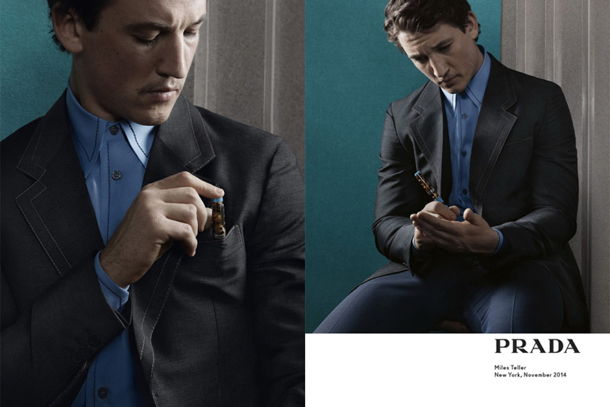 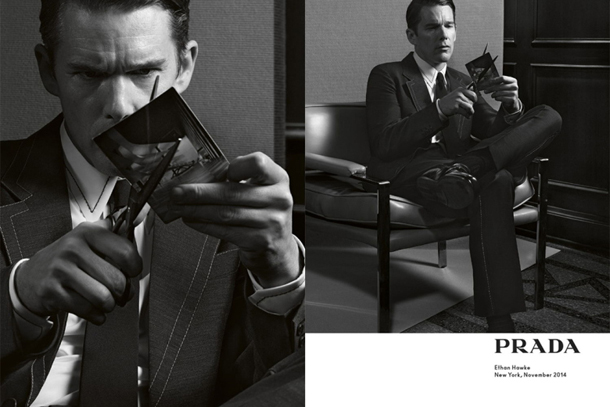