After years of teasers and speculation, Porsche finally slipped off the car cover on the Taycan, its first all-electric vehicle. The unveiling today in Niagara Falls, ON was part of a simultaneous reveal at two other events in Germany and China.

Porsche is calling the Taycan “the beginning of a new era,” albeit one that’s retaining the company’s DNA. Where the luxury brand previously offered hybrids, like the Panamera, this model won’t be slurping on any gas throughout its lifetime. But that doesn’t mean it’s not going to be a sporty performance-driven ride, either.

It’s already been compared to Tesla’s Model 3, which starts at $54,990 for the standard trim. Porsche didn’t confirm pricing details because the car won’t actually be ready until sometime in 2020, but expect the price tag to be considerably heftier, regardless of trim. It is the final design, so the exterior and interior look to offer some new tech drivers can utilize.

To challenge the likes of Tesla, Porsche tried to make a car that’s really fast on acceleration, yet with enough battery capacity to deal with any range anxiety. Porsche says it’s the first production vehicle with a system voltage of 800 volts instead of the usual 400 volts for electric cars. Charging time from five to 80 percent is 22.5 minutes “in ideal conditions” at 800-volt high-power charging stations, with a peak maximum charging capacity of 270 kW. 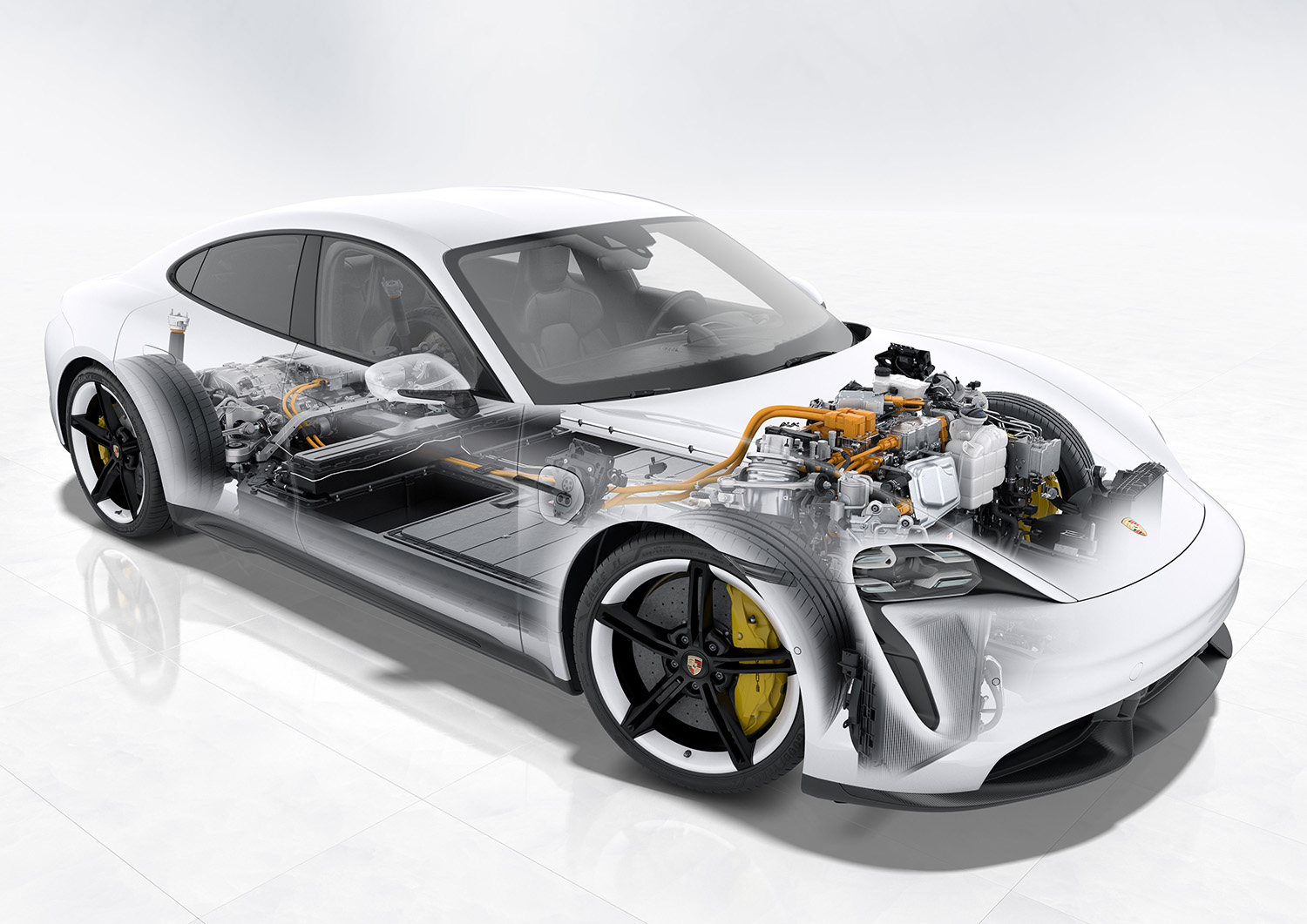 Engineers figured out ways to use air suspension and adjustable air intakes to lower the car in two stages at higher speeds. The lower centre of gravity helps pull out more range with less energy consumption. The Turbo S has a range of up to 412 kilometres, whereas the Turbo can go a little further at 450 km.

We got to experience some of that in a test drive on a track at the Porsche Experience Center in Atlanta. Not only did the torque thrust the car on acceleration, it could also handle like nobody’s business. Going through turns and wet surfaces never threw the Taycan off course. It was almost like the car was magnetized to the road.

Without getting too technical, it can depend on which model you drive. The one we were in was the Turbo S with two electric motors and “hairpin” windings that not only make them smaller, but also more efficient. The Turbo S model can go from 0-100 km/h in 2.8 seconds (it’s 3.2 seconds for the standard Turbo). Top speed for both is 260 km/h. You can get an idea of how it looks doing that with a video of it drag racing on an aircraft carrier.

That’s Porsche’s Launch Control at work, which is basically the equivalent of Tesla’s Ludicrous Mode. Drivers press both the brake and gas pedals simultaneously, until letting go of the former, essentially “launching” the car forward in an accelerated jolt. It’s not designed for regular roads, but would be plenty of fun on a track.

On the inside, the infotainment system marks the first time Apple integrates its music streaming service into a vehicle. Apple Music will “live” in the Taycan, meaning you won’t need your phone to access your music on there. Even if you don’t have a subscription, you can still listen to Beats 1 anytime. 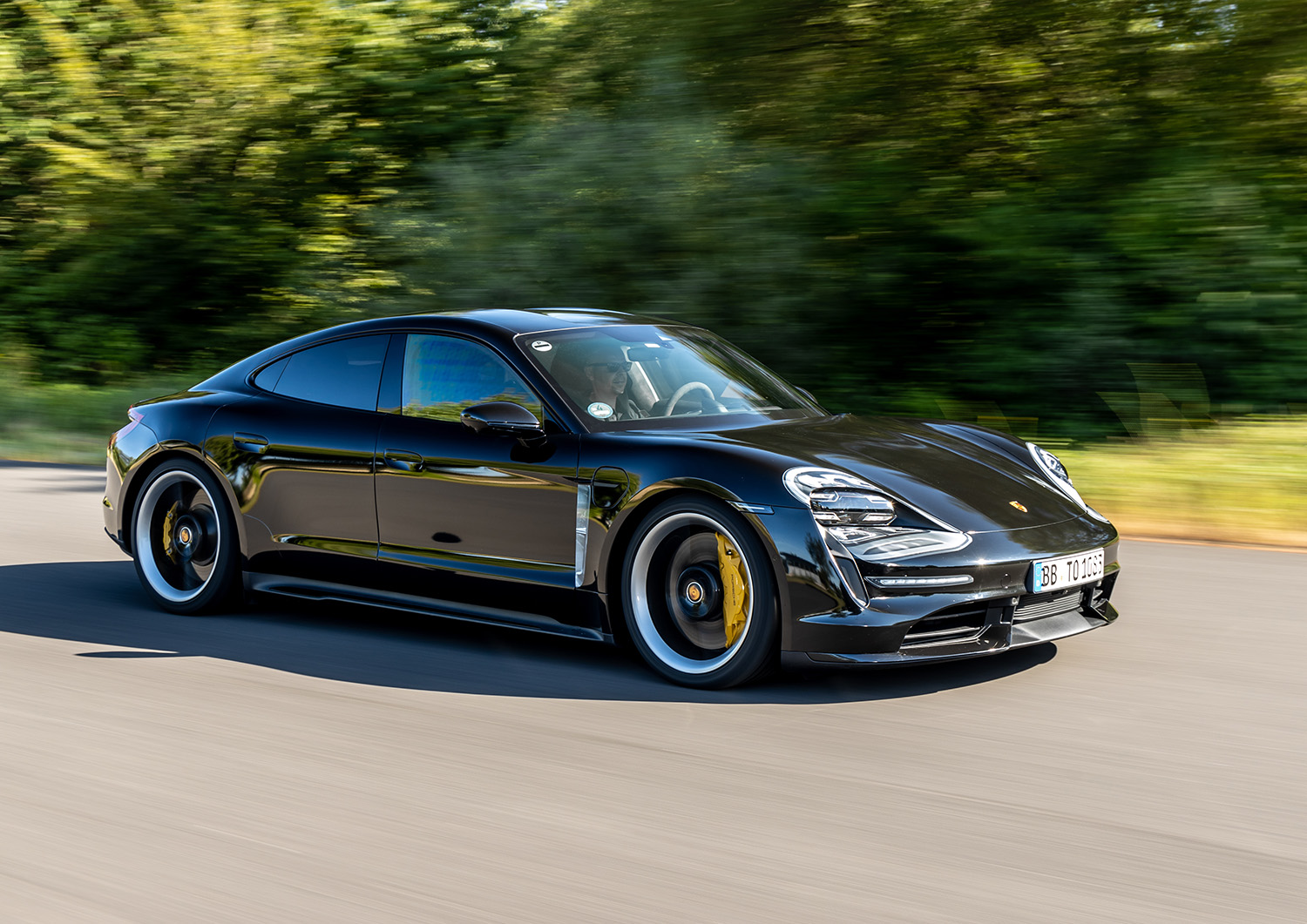 There are two 10.9-inch displays side-by-side, so front passengers have their own screen to look at and control. This means you can have a map on one, and music on the other, for example. That’s on top of the 16.8-inch digital cluster in front of the steering wheel, and yet another 8-inch touch panel to control climate and other functions. 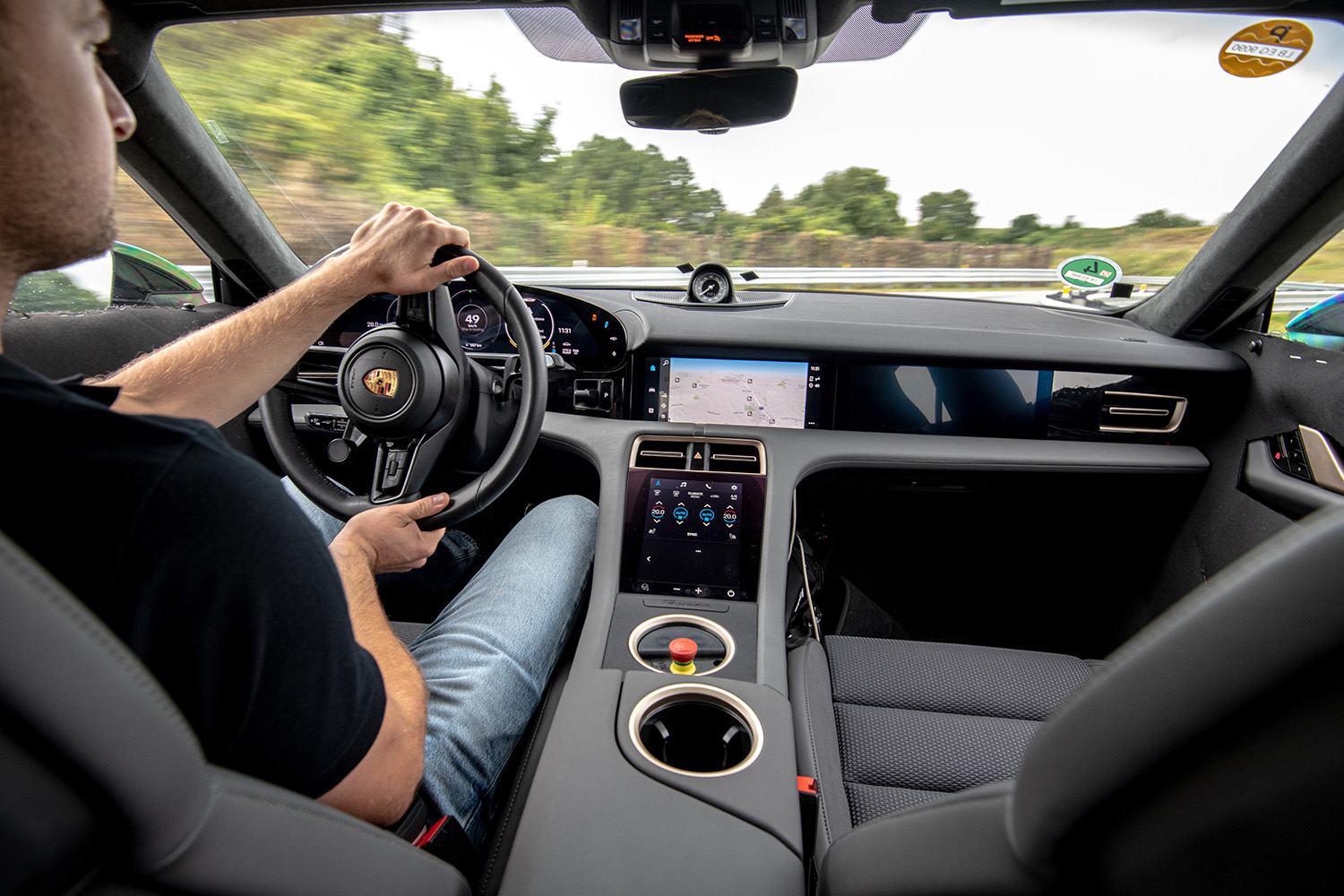 The Taycan will support Apple CarPlay but not Android Auto. Google Assistant won’t even work via Bluetooth, either. Porsche says 80 per cent of its owners are iPhone users, which partly explains why Android wielders get the cold shoulder.

This looks to be one of the most interesting all-electric vehicles to come to market, both inside and out. It marks the German brand’s first attempt at ignoring combustion engines, but surely won’t be the last.