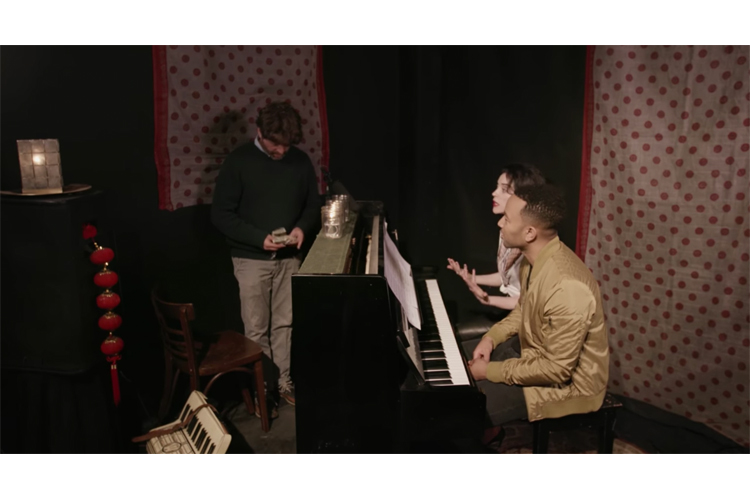 John Legend, St. Vincent, and Zach Galifianakis have released a video, in which Legend and St. Vincent cover Minnie Riperton’s smooth 1975 hit “Lovin’ You” while Galifianakis interrupts them with his dubious feedback and notes, smashing a chair, playing along on accordion and asking Annie Clark if she can “be less Luther Vandross?” The funny clip is to promote 7-inches for Planned Parenthood, the newly-announced singles compilation to benefit Planned Parenthood. 7-inches for Planned Parenthood also features Chvrches (with a Kristen Stewart directed to film clip to match), Björk, Bon Iver, Sleater-Kinney, Foo Fighters, Mary J. Blige, Common, Feist, Jenny Slate, Janeane Garofalo, Mitski, Margaret Cho, Pete Holmes, Sharon Van Etten, Tig Notaro and many more – check out the full list of contributors here. As the organizers of the project told Pitchfork…

Lawmakers with extreme views are working hard to shut down Planned Parenthood. If they succeed, millions of Americans will lose access to basic health services, including STD testing and treatment, birth control, and life-saving cancer screenings.

7-inches for Planned Parenthood is a response to this threat. This curated series of 7-inch vinyl records is being made by a group of people who believe that access to health care is a public good that should be fiercely protected. Do we know there’s a joke in the name? We do. We hope the title evokes the rich history of 7-inch vinyl records as a medium for protest music and resistance.

Planned Parenthood will receive 100% of the proceeds from the sale of this 7-inch box set and streaming listens. We see this initiative as the start of something bigger, and hope it will inspire both contributors and listeners to continue to seek out ways to stand with Planned Parenthood and other institutions that are so vital to us all.

Watch St. Vincent, John Legend & Zach Galifianakis in the video for 7-inches for Planned Parenthood above and follow the good cause here. You can also check out Minnie Riperton’s vintage “Lovin’ You” video below. Fun fact! Minnie Riperton is Maya Rudolph’s mom.