Predicted to be the hottest day of the weekend, the third and final day of the ninth annual Pitchfork Music Festival delivered on the promise, both literally and metaphorically. With a non-stop bombardment of hip hop music slotted throughout the day, the energy of the festival was certainly on a different level than the previous two days, or maybe there was just a lot more kush smoke in the air.

Starting the day for us, was TDE’s Isaiah Rashad, who you may remember from our interview earlier in the year, followed by Odd Future’s Earl Sweatshirt conquering the Red Stage. He began his set with “a song that everyone knows” Journey’s “Don’t Stop Believing,” he exited the stage letting the crowd sing it instead. Dropping tracks from his Doris album, the GolfWang wordsmith went full throttle on the mic, and even sang a couple verses from his collaborative tracks alongside hypeman and crew member Domo Genesis.

Following Earl, tucked away on the shaded Blue Stage, our favourite see-through clothes wearing, “too cool for alcohol” rocker chicks, Dum Dum Girls did their thing. With lead vocalist Dee Dee Penny snarling in her cat eye sunnies on, the crowd went pretty crazy for their new tunes from their latest album Too True as well as a few older ones from 2011’s Only In Dreams.

Next up with Top Dawg Entertainment’s second in command, Schoolboy Q rushed the stage at the height of the mid-day heat. Q was the second of three performances of TDE artists scheduled for Sunday, add in SZA on Friday and one could argue that this years festival was more of a label showcase, not that we’re complaining. There are very few labels, especially rap labels, who can put out a consistently good product. Delving into hits off his Oxymoron album, Q also banged out hits from numerous mixtapes and collabo’s. Perhaps it was the time of day or the perfect blend of Goose Island wheat ale and empanadas, but Q’s set was a definite highlight of the weekend.

After interviewing the band last year at the very same festival, this year Majical Cloudz got their own set on the blue stage to much anticipation. Unfortunately the bands performance was fraught with technical issues but they rolled with it telling jokes, poems, and even singing a few acappella tracks including “Bugs Don’t Bug” with Devon Welsh’s booming baritone pipes managing to keep the crowd entertained until all their issues were resolved.

We swayed along to Slowdive for a little trying to invasion what the 90’s must have been like for this band, who are on the road to making a come back after many years laying low. We were mesmerized by how on-point their set was after all these years and couldn’t take our eyes off Rachel Goswell who wore an incredible glittery leaf dress.

With the release of her new track “Go,” originally written for Rihanna, Grimes managed to tap into the younger, more poppy crowd. Old Grimes fans noticeable pouting when she performed the track, the new wave of fans went nuts, dancing and gyrating along to the Canadian electro-pop princess. We’re not quite sure what it is exactly, but there is something more professional and mature about Grimes that translated through her Pitchfork set.

As the sun sank behind the Chicago skyline, TDE’s prize fighter and raps saviour Kendrick Lamar took to the stage. Headlining and closing out the 2014 Pitchfork Music Festival. Taking the stage with his live band behind him, and his visual show of scenes from the Compton streets, Kendrick gave the crowd what they wanted. An hour of non-stop, sing-a-long songs from his Good Kid, M.A.A.D City album. This being the fifth time we’ve seen him perform in the last two years we can certainly say that this was his best set to date with a fine-tuned set list. It’s been a long and arduous year-and-a-half for Kendrick making the festival rounds, headlining solo shows, and opening for Kanye West, but the West Coast king finally claimed his crown as Hip Hops top dog (pun intended).

Take a look through our photos from Sunday below. 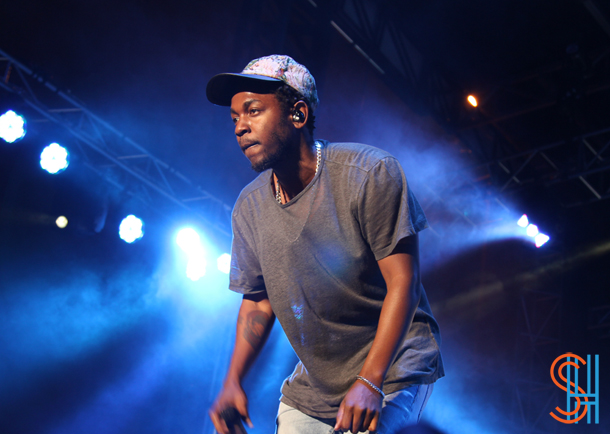 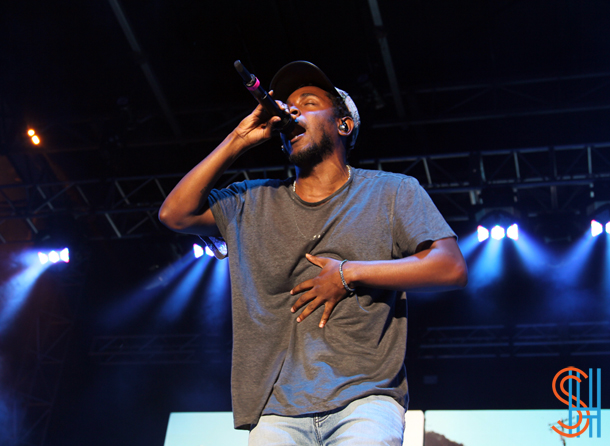 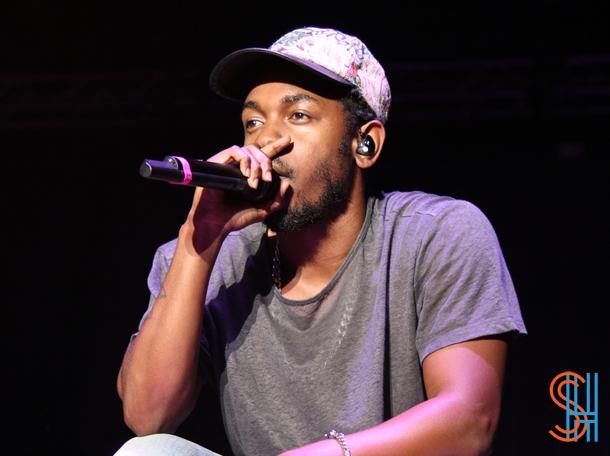 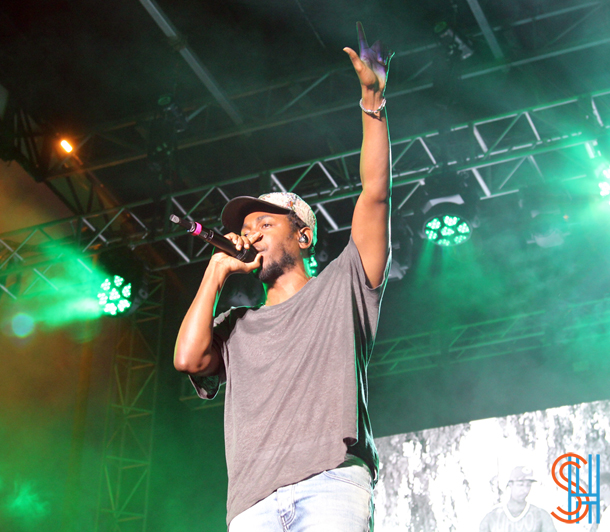 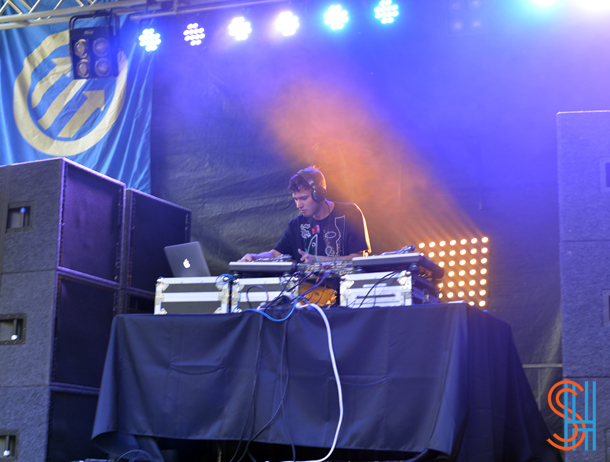 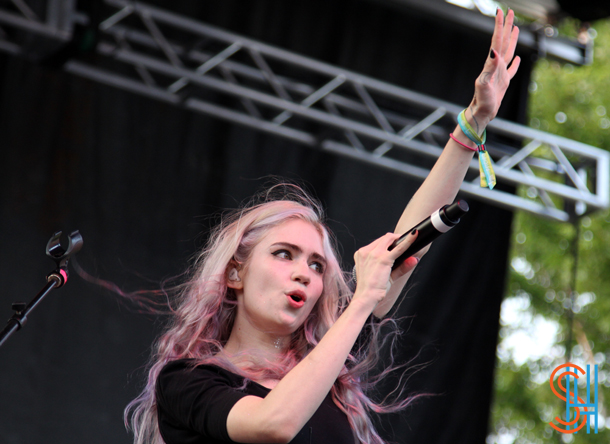 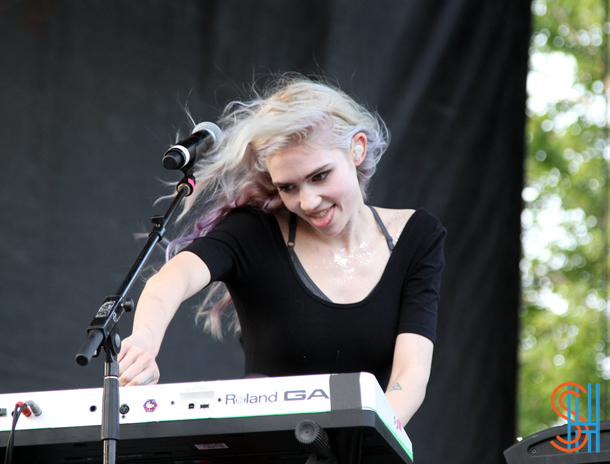 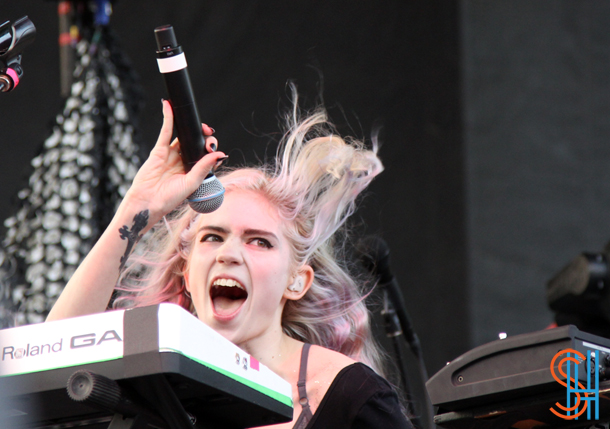 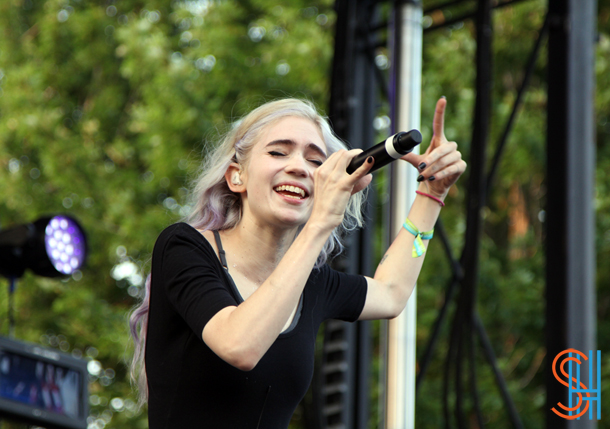 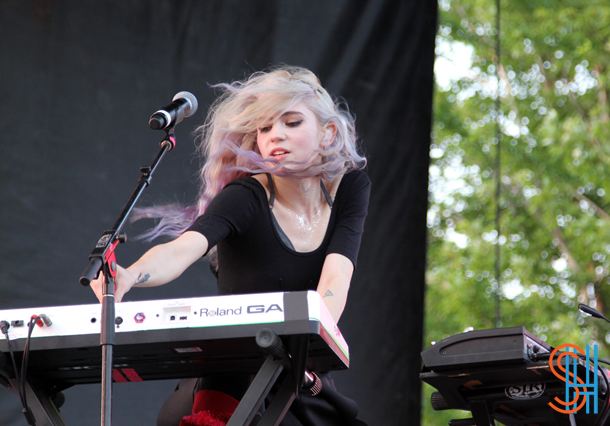 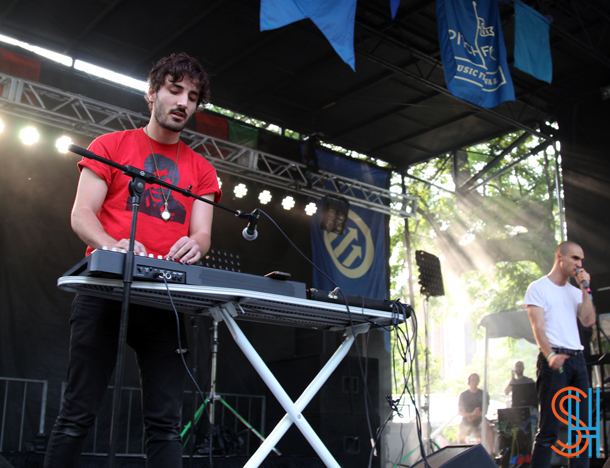 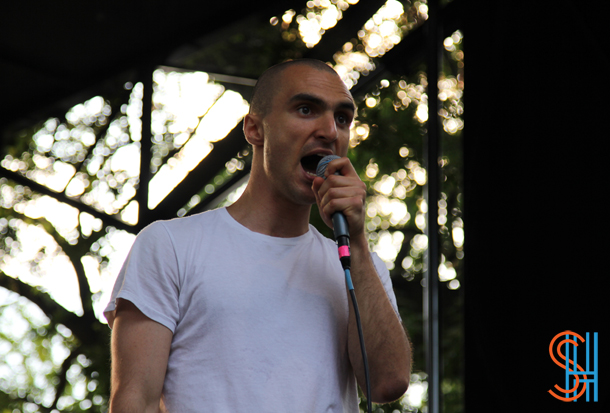 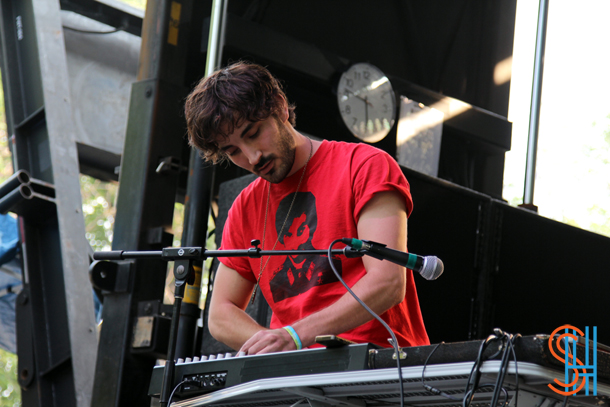 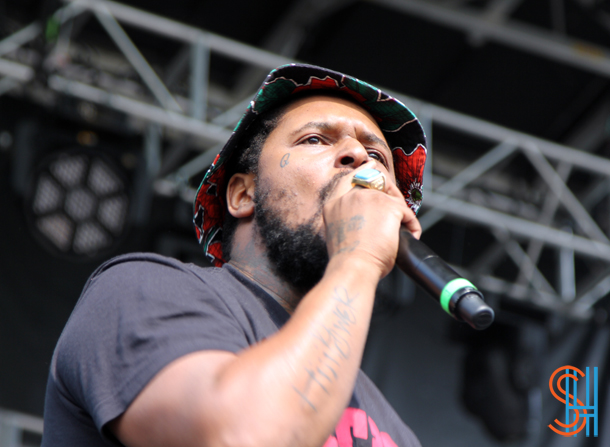 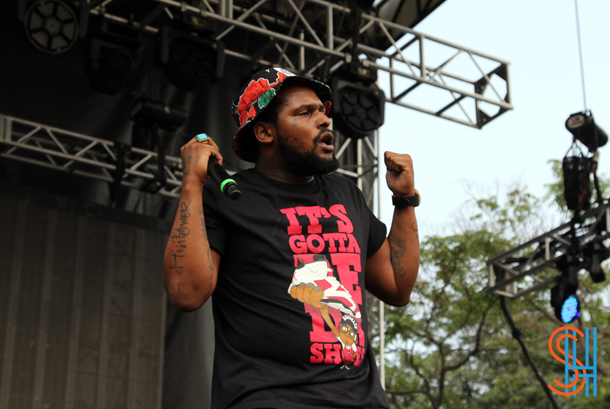 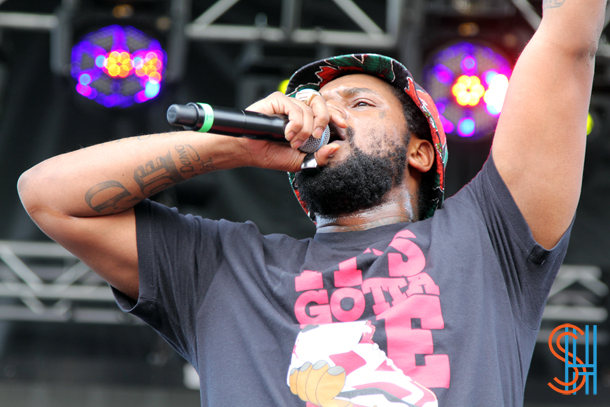 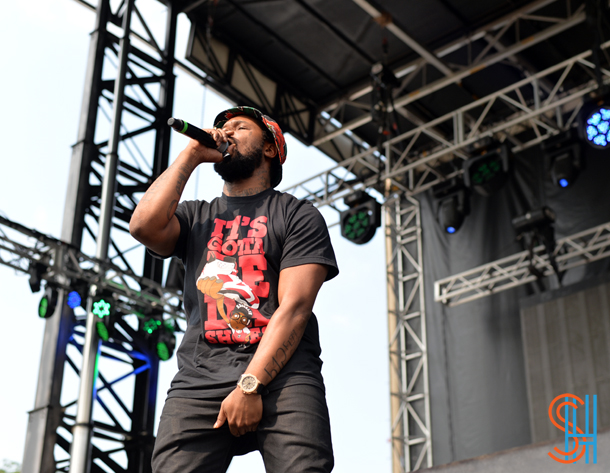 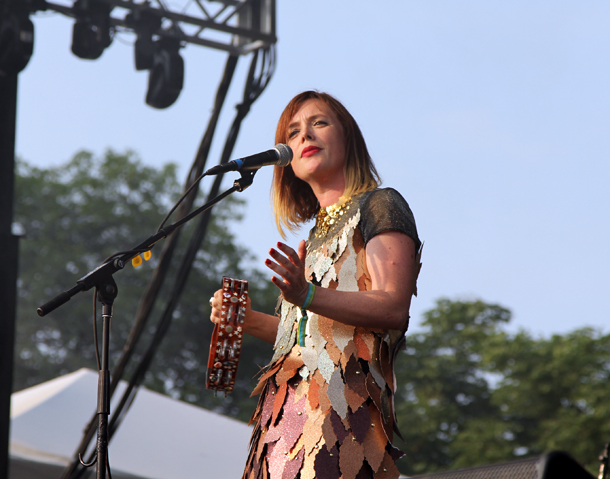 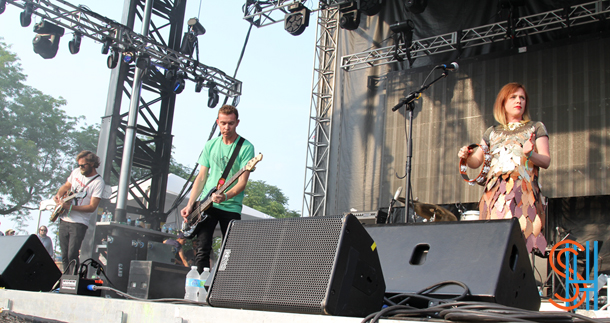 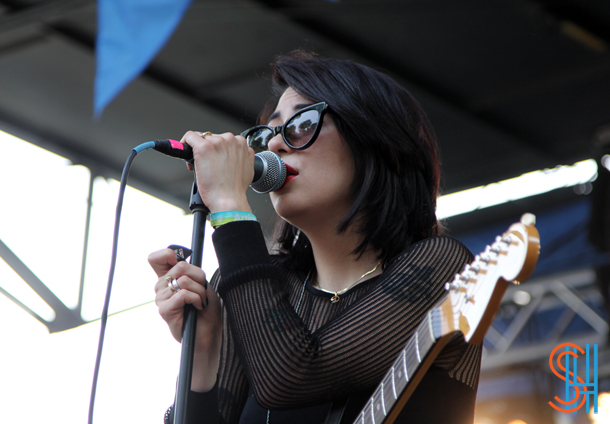 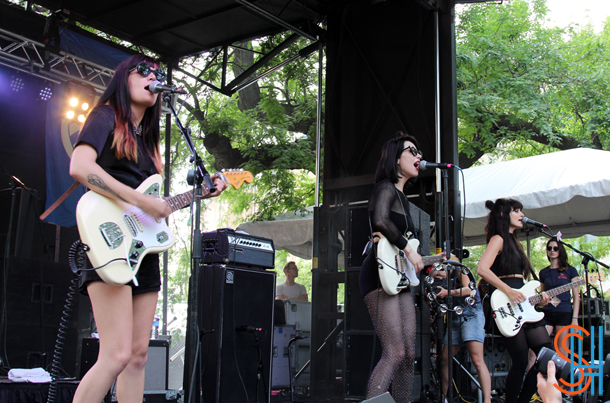 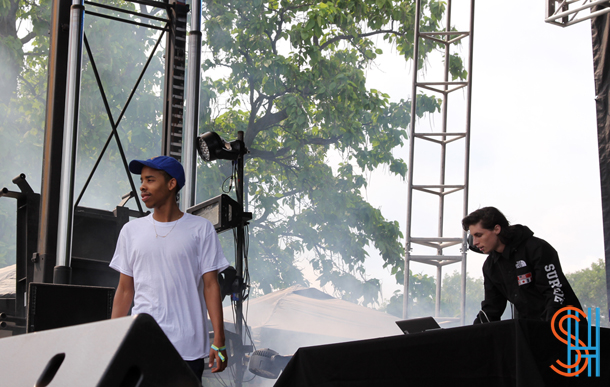 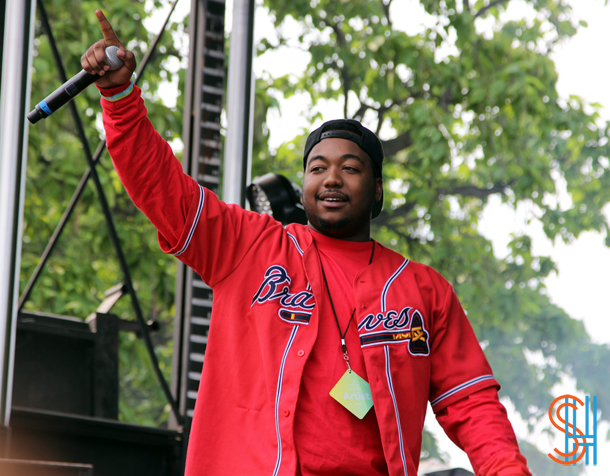 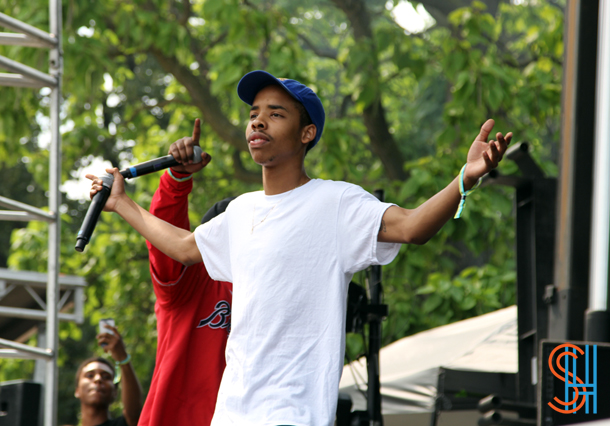