With the Chicago sun shining, and the humidity totally subsided, our first day at the 2014 Pitchfork Music Festival was almost perfect. After Governors Ball, Field Trip, TURF, and Coachella, Pitchfork always delivers a line up unlike any festival, with more music discovery than headliner power, and the first days line up proved that right away.

Starting the day over at the shady Blue Stage to London’s own electronic band Factory Floor, the DFA records the trio delivered an exciting set. The band managed to divide the crowd into three sections, jumpers and crowd surfers, those who just wanted to dance, and the cool guys that stood still.

After a sufficient dance, we headed over to the sun drenched Green Stage for Neneh Cherry. Arriving from London on Thursday night, she performed with a kind of calm intensity along with her band Rocketnumbernine, especially on tracks from her fourth solo album Blank Project, released earlier this year which is her first solo album since 1996. Though she’s been busy in her time between albums collaborating with Gorillaz, Massive Attack, Teddybears, German DJ Timo Mass, and many more, she mainly stuck to her solo music during the set.

Taking full advantage of the incredible local food on hand, we grabbed some tacos and some Pale Ale from local micro-brewer Goose Island and headed over for a quick sway with Brooklyn’s Sharon Van Etten. She played as the sun began to slowly set over Union Park, concentrating on tracks from her fourth studio album Are We There as well as few crowd favourites from 2012’s Tramp.

From the red stage we rushed over to get a good spot for Top Dawg Entertainment’s Solana Rowe aka SZA. Smiling from ear to ear with a cup of whiskey in her hand, she took the whole audience on a musical journey through her latest album Z, pausing between tracks to make sure the audience could hear her, and letting everyone know she wasn’t going to wear the outfit she did because she thought “everyone would be able to see my vag.” Despite her colourful banter the 23-year-old sang beautifully elevated by swings of whiskey, which made her neo soul vocals a bit more raspy through the set list.

Feeling pretty chill we headed back to the Red Stage to wait for disco legend Giorgio Moroder to take the stage. At the ripe age of 74 it was a bit like watching someone’s Italian grandpa DJ, and he played a veritable assortment of classic disco tracks, all produced by him, including Donna Summer’s “Love To Love You Baby”, Irene Cara’s “What A Feelin'”, and Blondie’s “Call Me.” We danced and laughed a little at the cheese-factor of Moroder, who encouraged the crowd to wave back and forth and clap their hands, all the while pointing his two index fingers in the air.

Closing out day one was our favourite Scientologist Beck. The crowd had been forming for a good part of the day by the Green Stage and after cutting through a fake ribbon of yellow crime scene tape he launched into a hit filled set which included 1999’s “Sexx Laws” off Midnite Vultures, “Devils Haircut,” Morning Phase’s “Blue Moon” and “Waking Light”, closing with 1996’s “Where It’s At” off the album Odelay.

Overall it was a pretty good way to start off the weekend. Check out our photos from the short but great first day at the festival below. 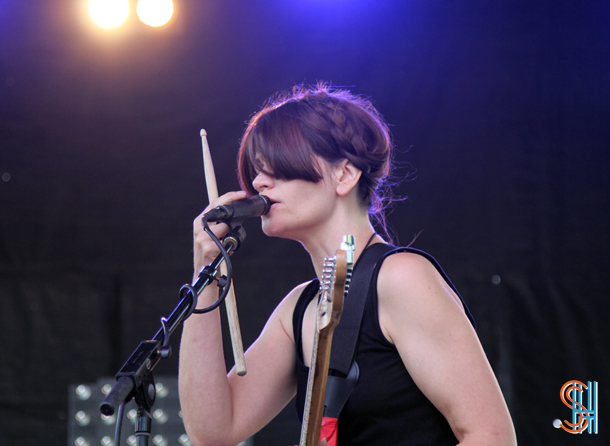 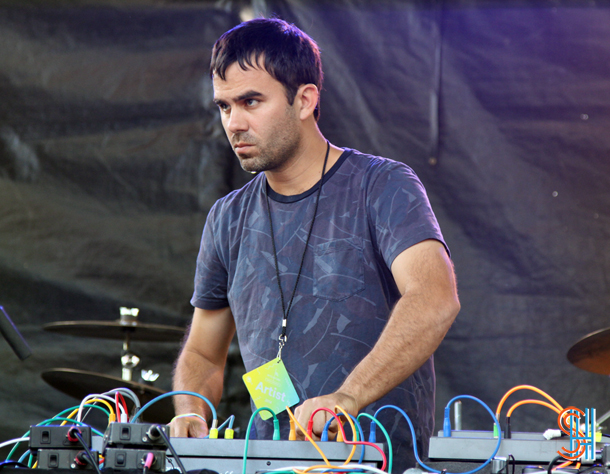 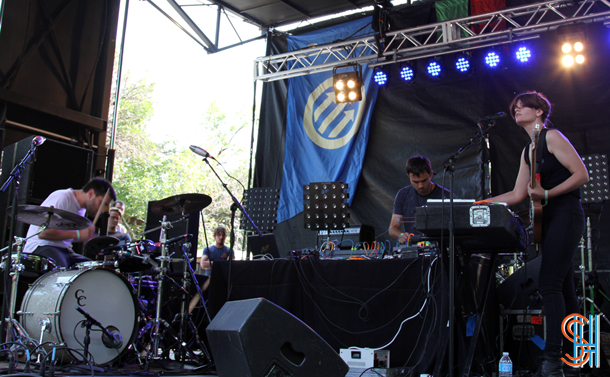 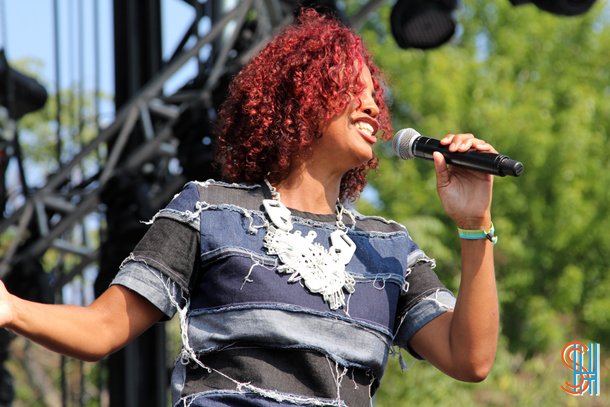 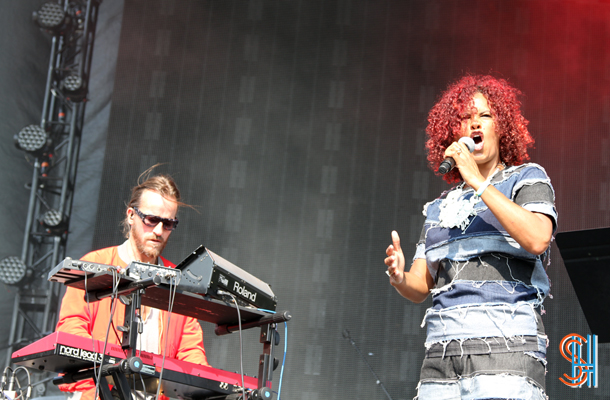 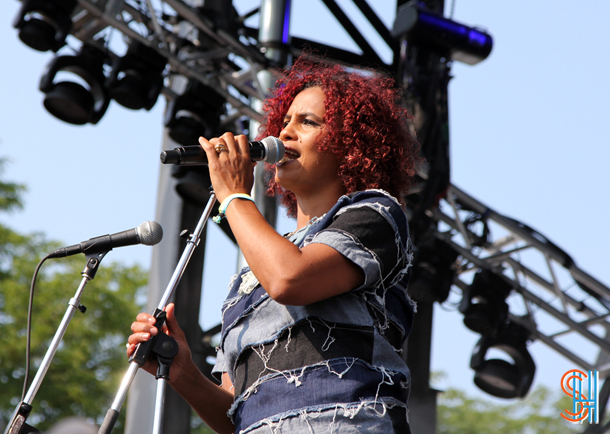 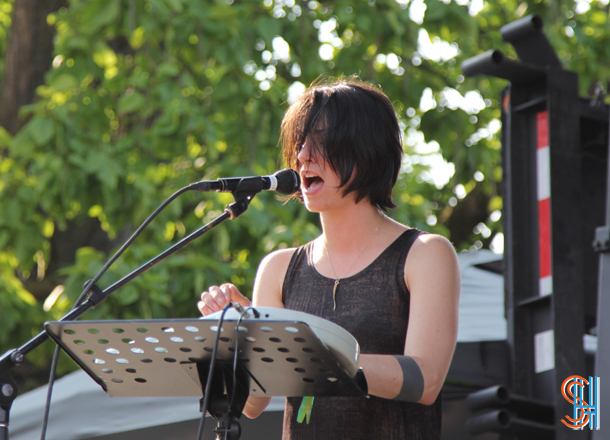 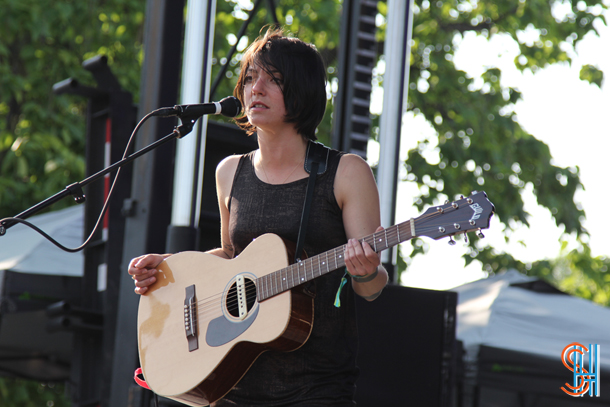 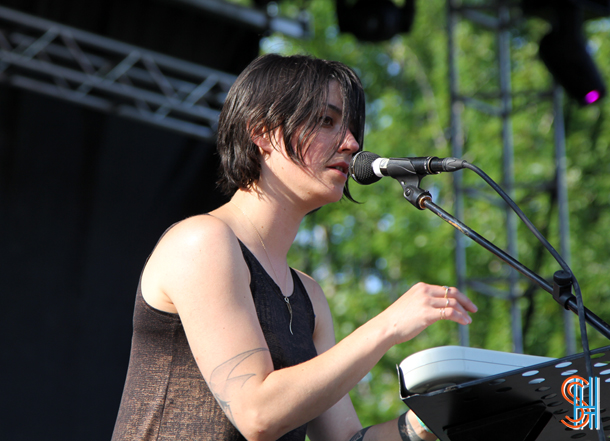 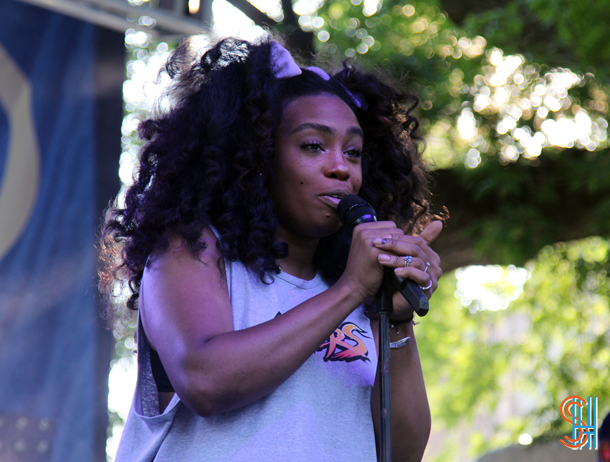 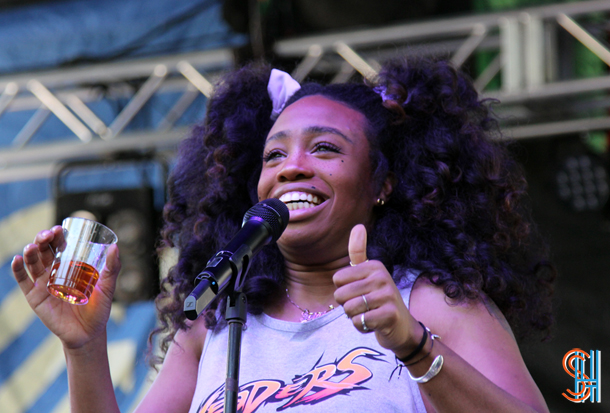 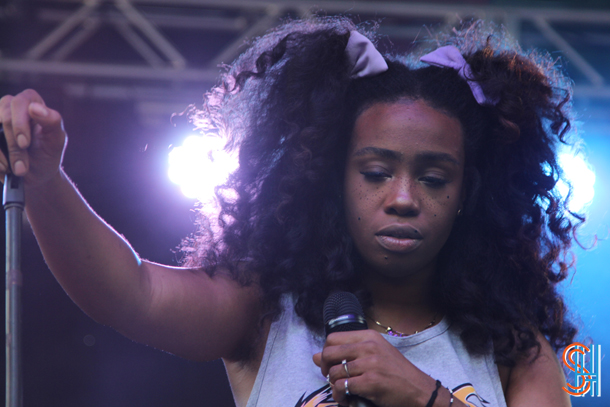 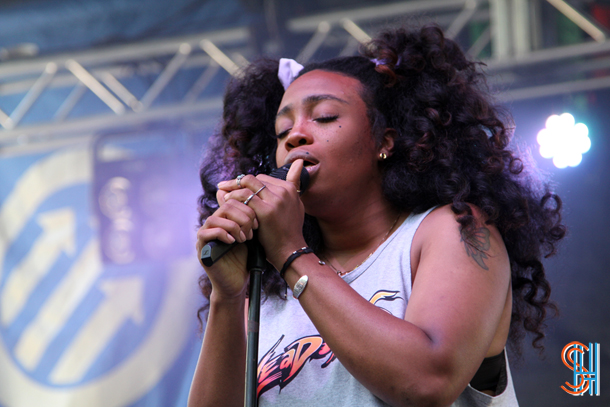 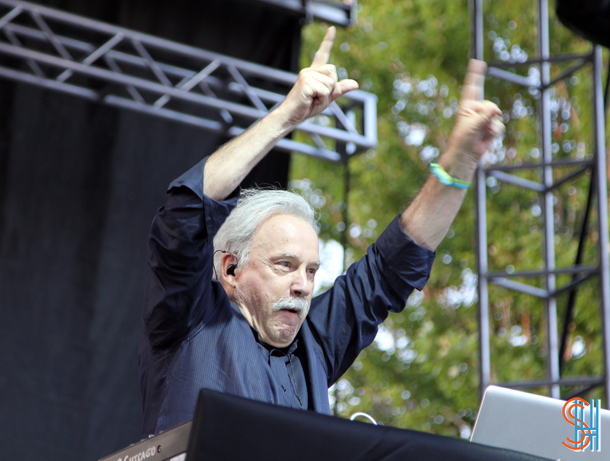 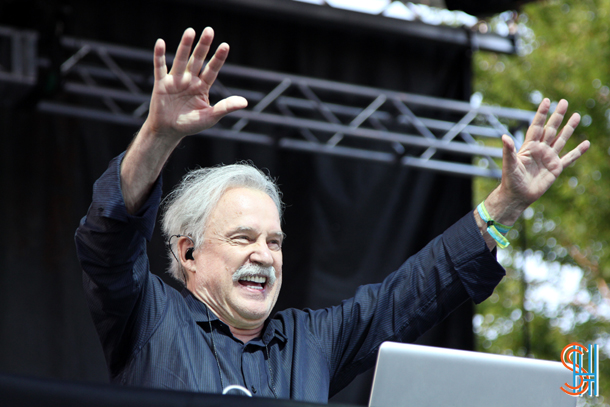 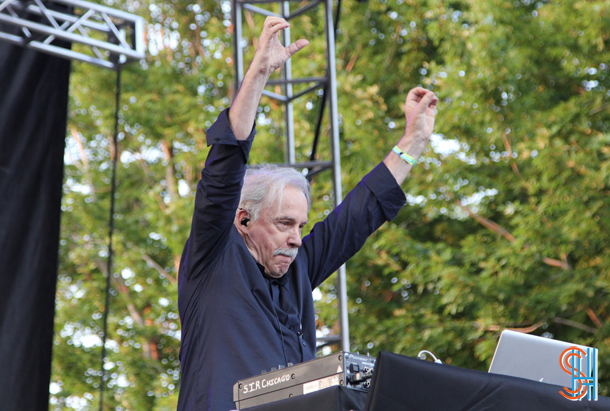 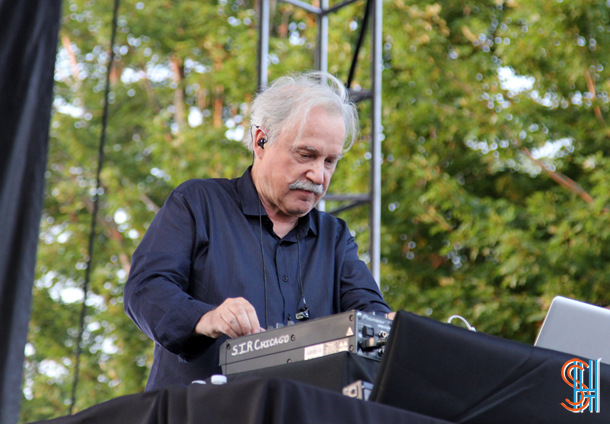 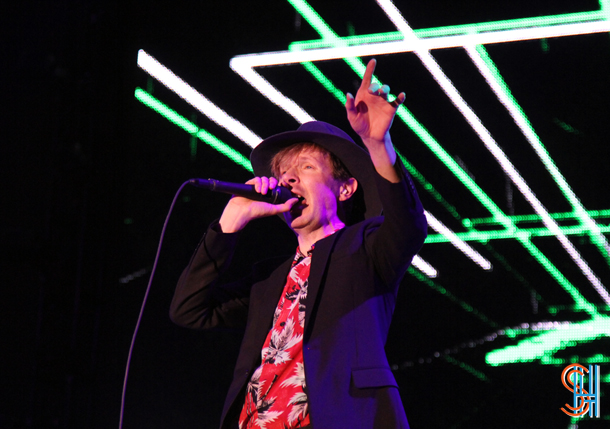 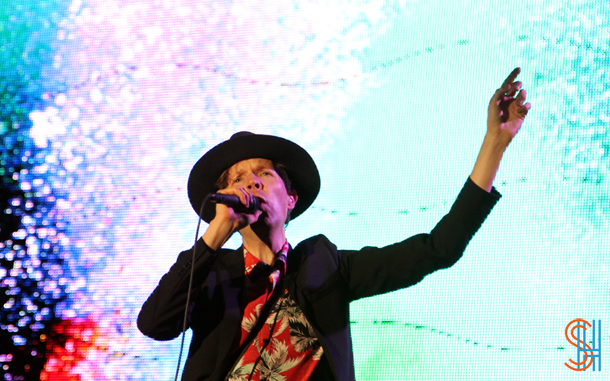 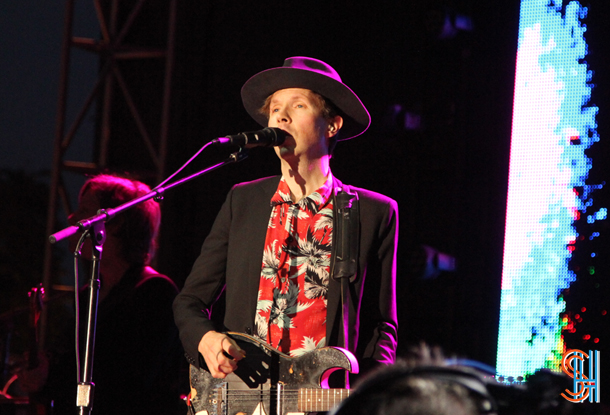 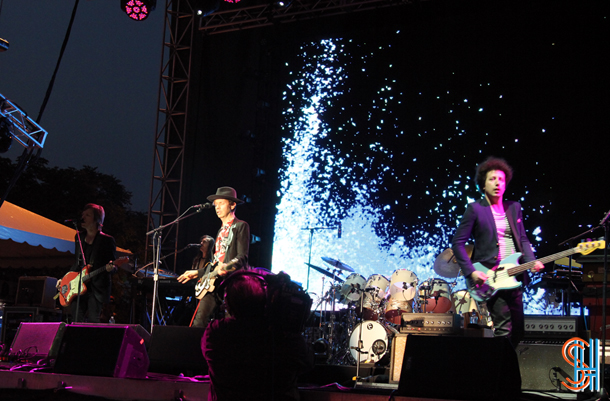 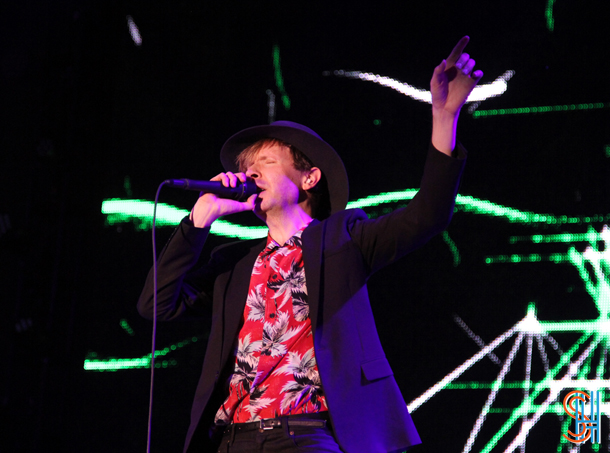