Rainbows are now universally associated with Pride, a connection that wasn’t the case for our parents’ generation. Since the beginning of Pride in 1969 in NYC, the movement has grown globally to become a month-long focus and celebration around self-expression, equality, dignity and most importantly, increased visibility around those who identify as LGBTQ+. Gen Z has become an enormous advocate in the push to increase discourse on this topic.

One of the reasons Pinterest has become such a central hub for Pride inspiration is because of a new generation of LGBTQ+ creators. In honour of this month that we love and honour so dearly, we’ve shortlisted some must-know Pinterest Creators that embody the self-expression and the inspiration Pinterest is known for.

First up, Kyne. This effervescent Canadian drag queen is passionate about math! She uses her platform to teach her followers about math and share her love of the subject. As a long-time Pinterest user, she loves how enriched she can feel from Pinterest, and has been creating content to spread her love for math and show people that it’s for everyone.

Next, Michael Rizzi, whose content focuses on decor. His well-curated and aesthetically pleasing Pinterest page reflects his sense of design for homes, with easy to apply tips and tricks for creating a beautiful home.

And lastly, we love Ryan Thomas Woods. Travel is the name of his game and his content is all about adventures from an LGBTQ+ perspective. From his home country to global borders, Ryan takes his followers on his travel adventures and shares tips on where to eat, where to go, and what to see. Check out Gay Vancouver, romance in the Blue Mountains, and of course, his tips on coming out.  For more, visit his site, outwithryan.com.

Creators aren’t the only people who have been embracing Pride on Pinterest. How have things changed over the years? Most recently, new sexual orientation terms are coming into mainstream speak. Pinterest, a leading social platform that many turn to as a place for inspiration during Pride, has noticed an increase around search terms by Gen Z around sexual orientation including omnisexual (up 8.5x), those attracted to all genders and sexual orientations, and abrosexual (up 3x)¹ , those with different levels of sexual or romantic attractions through life. 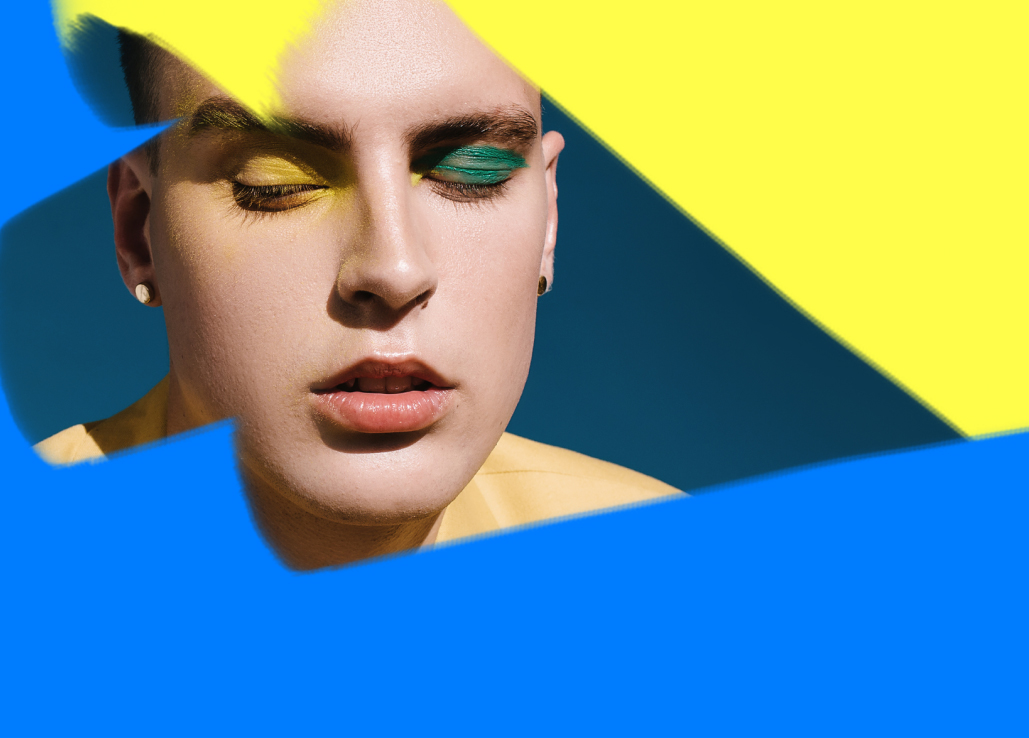 Another progressive move: the adoption of pronouns that reflect one’s identity. Pinterest is leading the charge on this front and is offering pinners and business accounts the opportunity to self-select their pronouns and add it to their profiles. With over 40multiple pronoun options – including Ve/Ver, Xie/Xem and Ze/Zir, an inclusive experience will be wholly possible on the platform now. Also noteworthy, Pinterest continually adds features to diversify content in feeds, recommendations and search results, to ensure Pinners feel represented. 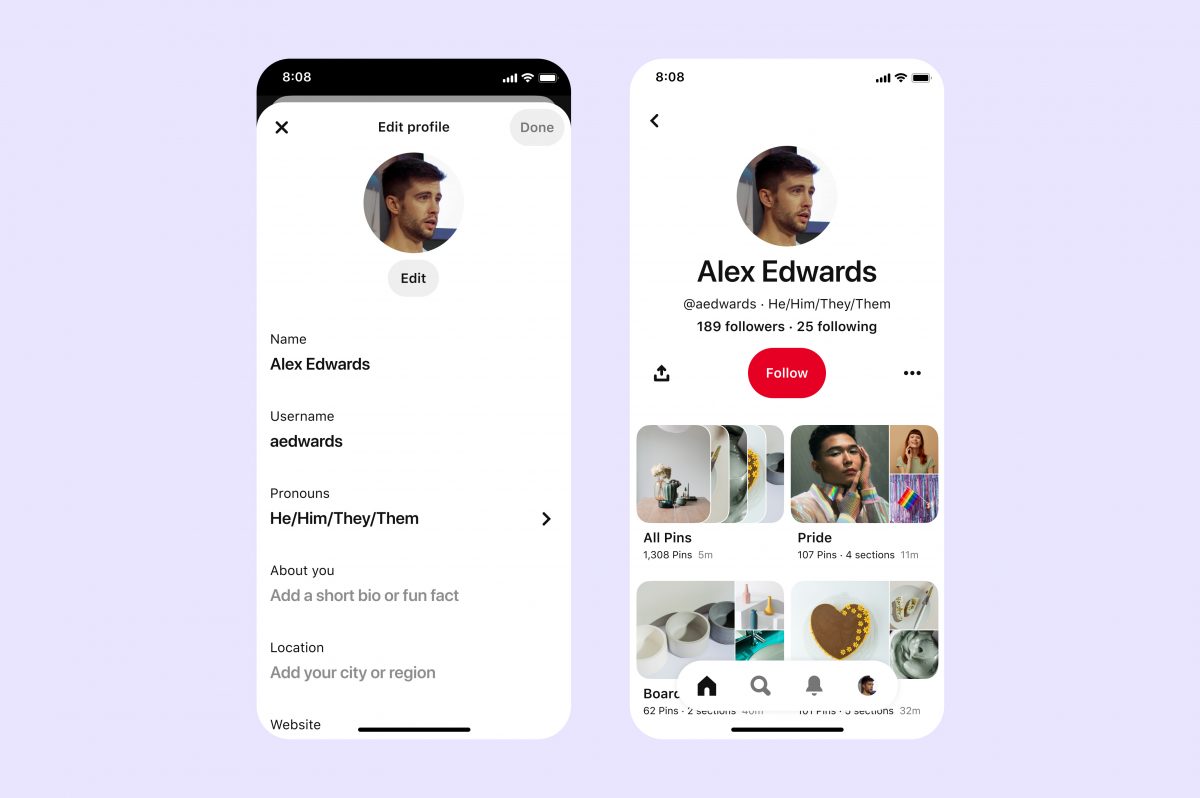 Now that we’ve covered the important stuff, let’s dive into the lighter side of Pride. Whether you identify as LGBTQ+, an ally, or just feel inspired by the movement, Pride month is a time when people celebrate their identities and express their true colours. In our increasingly digital world, social platforms dominate and Pinterest is the source for creativity.

Pinterest has seen an increase in searches by Gen Z around self-expression, and this includes expressing diverse sexual identities, such as “pansexual pride” (up 4x), “pansexual” (+85%) or “asexual humor” (up 2.5x) ¹.

Every year, people flock to Pinterest to show their Pride, most notably through LGBTQ+ flags. The straight-up rainbow has morphed into alternate versions, and Pinterest has noticed an increase in searches on “bisexual pride flag” (up 5x), “genderfluid flag” (up 4.5x), “lesbian flag” (up 4x) or “asexual flag” (up 3x) ².

Pinterest has also become a leading place to find inspiration and reassurance around coming out. Although this milestone is difficult for many, it’s also a cause for celebration. Searches for “coming out cake” have grown by 2.5x times, “coming out party” by +67% and “coming out photoshoot” grew 44%²*. Those who are loud and proud are increasingly finding unique and personal ways to celebrate this huge step in their lives and Pinterest provides all the unique inspo on coming out party ideas, themes, decor and fashion choices.

Throughout Pride month, Pinterest is celebrating all things LGBTQ+ with a new campaign, “Show Your True Colours”, to inspire, celebrate and encourage action among Pinners and Creators.

Check out the neat little film featuring six prominent LGBTQ+ Pinners and cultural icons to inspire the queer community and allies in areas of their lives. Happy Pride, y’all!