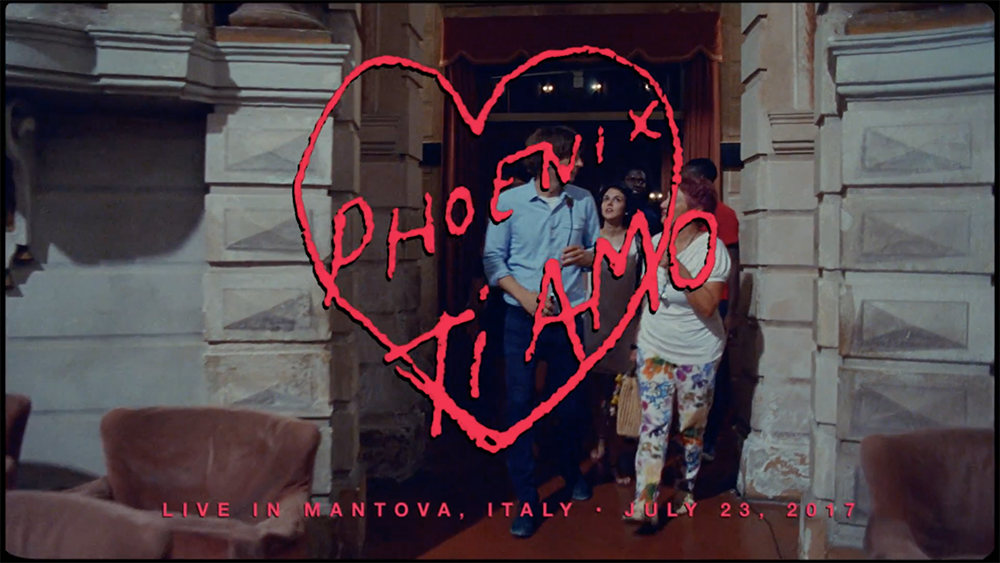 French superstar pop-rock band Phoenix have teamed up with super cool intimate music video producers La Blogotheque for a unique partnership with Google Arts & Culture. La Blogotheque, known for taking big stars and having them perform intimate stripped down sets in historical locations, has once again pulled an incredible and totally proverbial rabbit out of the hat with this one.  Directed by Colin Solal-Cardo, the short video, is an acoustic performance of Phoenix’s current radio single “Ti Amo” and  was filmed in Mantova, Italy at the legendary Teatro Bibiena Theatre.
Teatro Bibiena was built in the 1760s and once featured a performance by Mozart when he was fourteen years old. What the actual F!! To make this almost impossible performance happen, Phoenix and La Blogotheque requested the help of Google Arts & Culture to help secure the location (money talks!). The resulting video is a masterpiece in its own right and includes everyday people of the City of Mantova hanging out and listen to the song. Hearts guys, hearts.

Watch the performance above and if you love Phoenix then be sure to catch them on tour. Tour dates below.