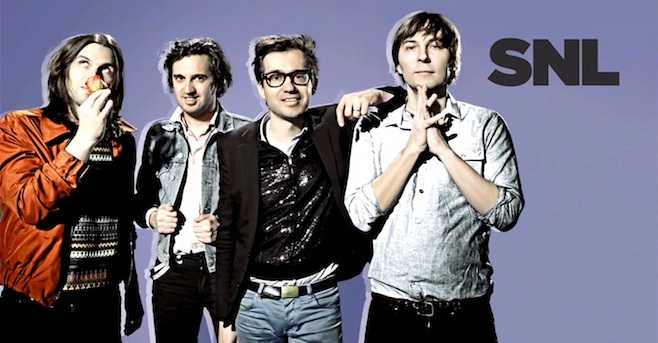 When we sat down with Phoenix late last month they admitted they were nervous and excited to play SNL for the second time since their 2009 appearance where they got to play three songs (which they admitted they were unprepared for, but winged it anyway). Though they only got to play two songs this time around on the show hosted by Melissa McCarthy, they really nailed “Entertainment” (yet again), and “Trying To be Cool//Drakkar Noir”.

Watch both clips below and stay tuned for our interview in the coming days. Also, don’t forget to grab their new record Bankrupt! on April 23rd via Glassnote!