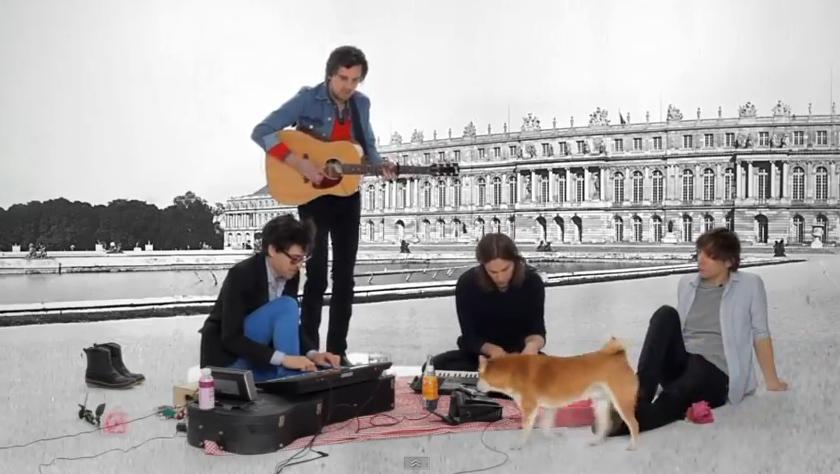 We’re loving all this video content flowing of Phoenix over the last few weeks following their video of “Entertainment” which was quite the statement indeed. They’ve released this stripped down version of it produced in a very casual way in front of a green screen with an old drawing of the Palace of Versailles.

Watch for the adorable puppy who wanders onto the screen in the clip below and don’t forget to pick up Bankrupt! which is set to dro on April 23rd via Glassnote.