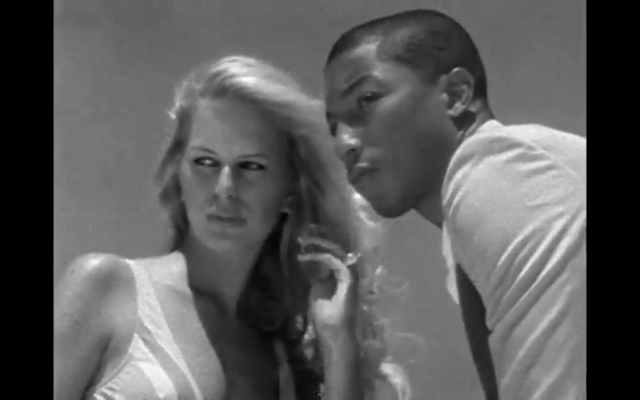 Below is the first piece in a series titled “Time Pieces” from director/photographer Jason Goldwatch, shot entirely in black and white and on Super 8mm. The series will focus on Goldwatch’s personal heroes and cultural icons. For the first piece the filmmaker captures a moment in the lives of modern-day Renaissance man Pharrell Williams and model Karolina Kurkova while they were on a photo shoot in Brazil. Textured, intimate and shot in silence, Goldwatch shoots and also edits the film himself by hand, setting the images to ironic soundtracks.  It is beautiful in its simplicity. Watch below.