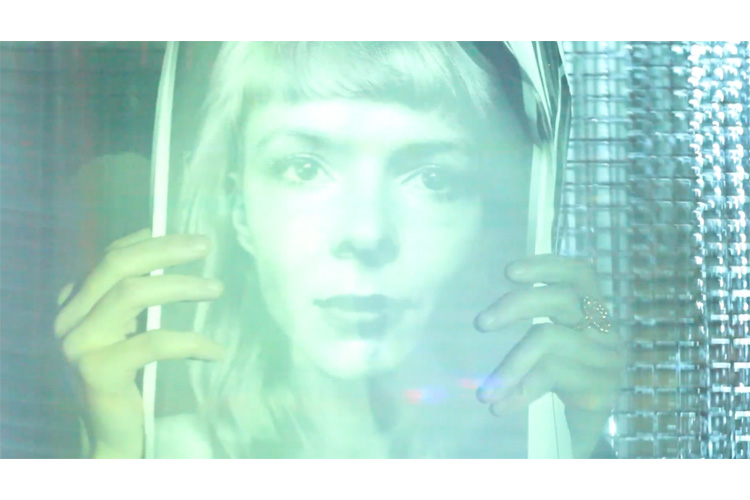 Lots has been going on with our fav Montreal eclectic electronic pop artist Petra Glynt. About a month ago she released her much-anticipated debut album This Trip, which we’re so obsessed with. Fresh off touring alongside Doldrums, EMA, and The Blow, the multidimensional artist also known as Alexandra Mackenzie was initially denied entry to the UK border and detained for over 50 hours before returning thanks to the strength of her successful GoFundMe campaign.

She’s already shared a super bright video for album cut “Fell In A Hole” and now she’s dropped a video for “This You Need,” the six-min long epic album closer. The video was co-directed and shot by Jeff Garcia (aka Mango Peeler) and Tanya Santos with night footage shot by Petra Glynt, who also edited the whole thing. It’s a hypnotic piece and all the effects are in-camera magic.

This was a beautiful collaboration between friends from many moons ago recently revisited.

Watch the video for “This You Need” above.

Petra Glynt’s debut album This Trip is out now via Vibe Over Method (Björk collaborator Damian Taylor’s label), grab it here. She recently announced her album release show that’s also a visual art exhibition. It takes place this Friday December 1st at Ottawa’s General Assembly and will feature a bunch of her rad visual art that’s connected to the album. Petra Glynt is also playing Long Winter in Toronto on December 9th at the Polish Combatants’ Hall.