Here we are in the middle of a heatwave and really, there’s nothing better when it’s festival season, amiright? For us the summer wouldn’t be complete without packing our weekends full of as many music festivals as we can. We look forward to it all winter long, so much so, we often find ourselves planning outfits months ahead of time.

So far this year we’ve already concurred Coachella, Governors Ball, Field Trip, Bestival, and NXNE and later this week we’re headed off to Pemberton Music Festival in beautiful British Columbia! We’ve partnered with our friends over at EXPRESS to make sure we look our best the entire four-day festival. You might have already spotted their super cool pop-up shop parked at the likes of Field Trip, NXNE, and Bestival in Toronto over the past few weeks, and we’re pumped to follow the EXPRESS Airstream to BC later this week! 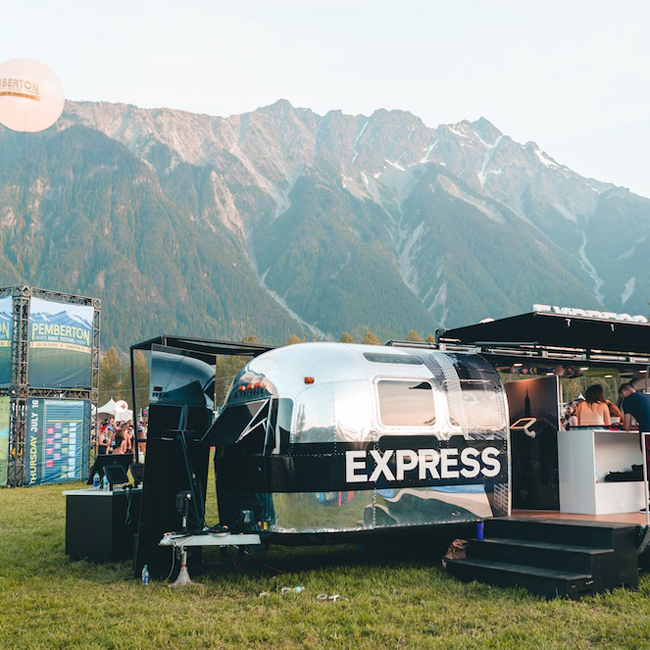 If you’re heading to the festival, keep a look out for this shiny silver bullet, in case you feel like doing a little shopping between sets. They’ve got tons of fun stuff planned you’re not going to want to miss including giveaways, interactive digital styling stations, a charging bar and more, so be sure to stop by!

To get you ready for Pemberton this weekend we’ve put together a couple looks we’ll be rocking in the mountains. 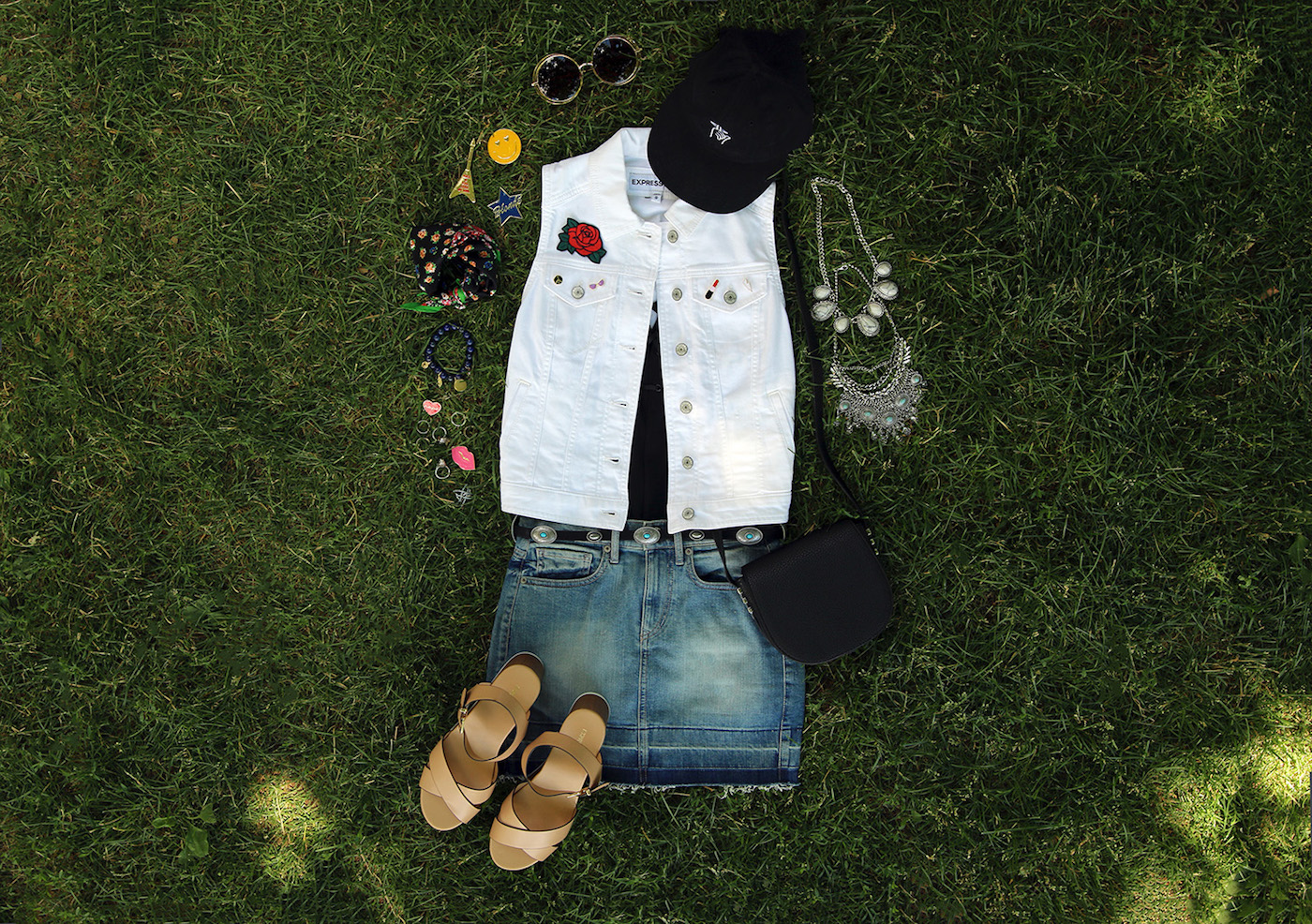 For the ladies we’ve laid out one of our go-to festival looks which of course includes a pair of crisscross strap platforms from EXPRESS, which are without a doubt the best footwear (aside from rubber boots when it rains) to wear at a festival. We fell for this lace-up cami bodysuit for its versatility and paired it with a high waisted raw hem denim mini skirt, layering on a white shrunken denim vest to fully complete the Canadian tuxedo.

We’re really into collecting patches and pins at the moment as well, so we picked up a few at EXPRESS to adorn the vest, topping the look off with stone bib necklace, a Quiet Life dad hat, a cross body bag, and of course some sunglasses. 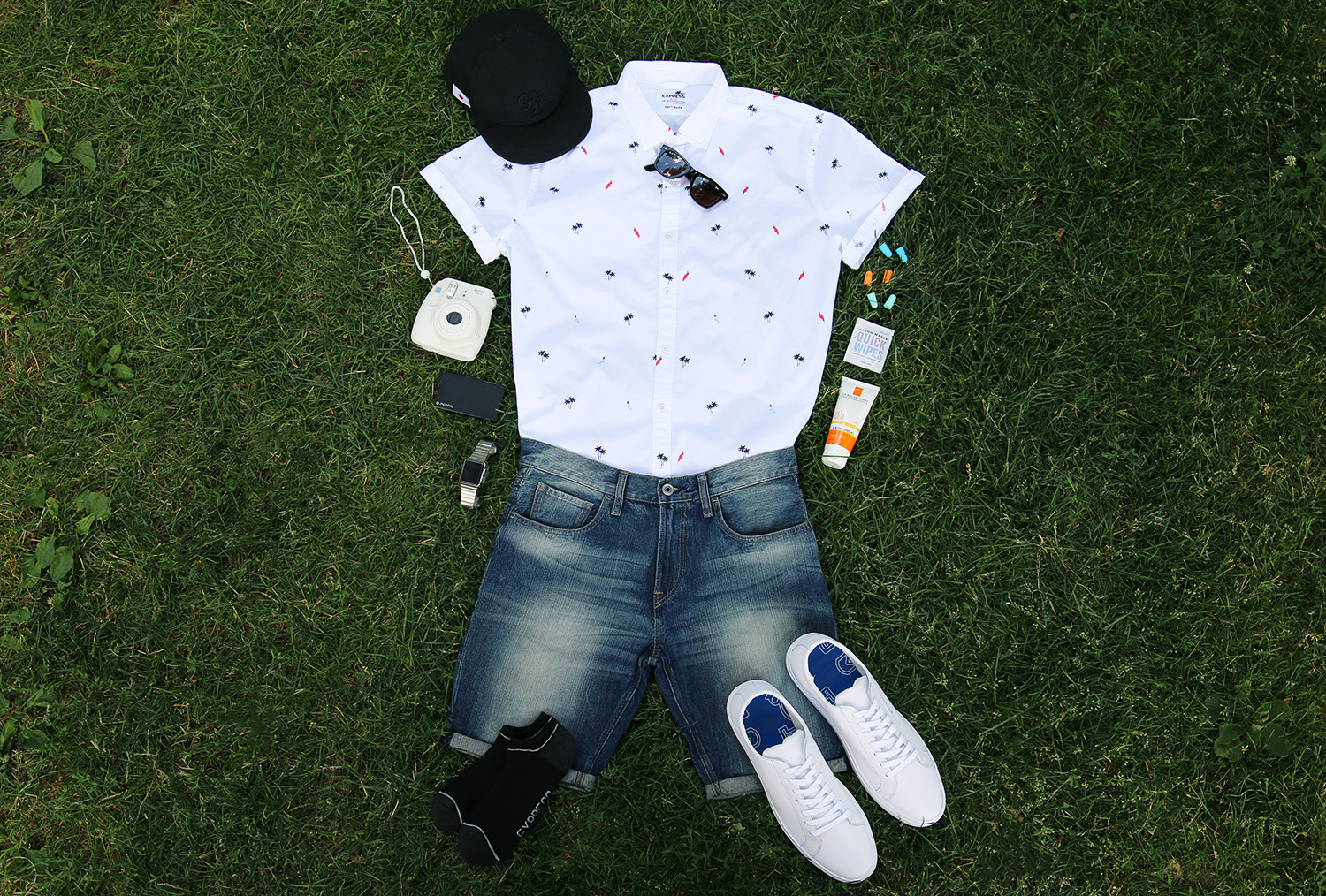 For guys we’ve put together an airy yet comfortable look for the festival. Mixing light colours to deflect the sun with a little One Eleven Denim this look features an EXPRESS soft wash parrot and palm print shirt, a crisp pair of Sully Wong sneakers, a pair of denim shorts, a classic pair of Ray-Ban Wayfarers, a snap back hat and of course some low cut socks, also from EXPRESS.

Don’t forget to pack your sneaker wipes, sunscreen, camera and ear plugs because you gotta’ stay fresh and ready for anything at the festival.

Check out some photos of the EXPRESS Airstream below and look out for it this weekend at Pemberton! Be sure to follow Sidewalk Hustle and EXPRESS this weekend on SnapChat, especially on Saturday when we’ll be taking over their channel!

Catch the Airstream later this summer at Veld in Toronto, Boots & Hearts in Oro-Medonte, Super Crawl in Hamilton, and City Folk in Ottawa. 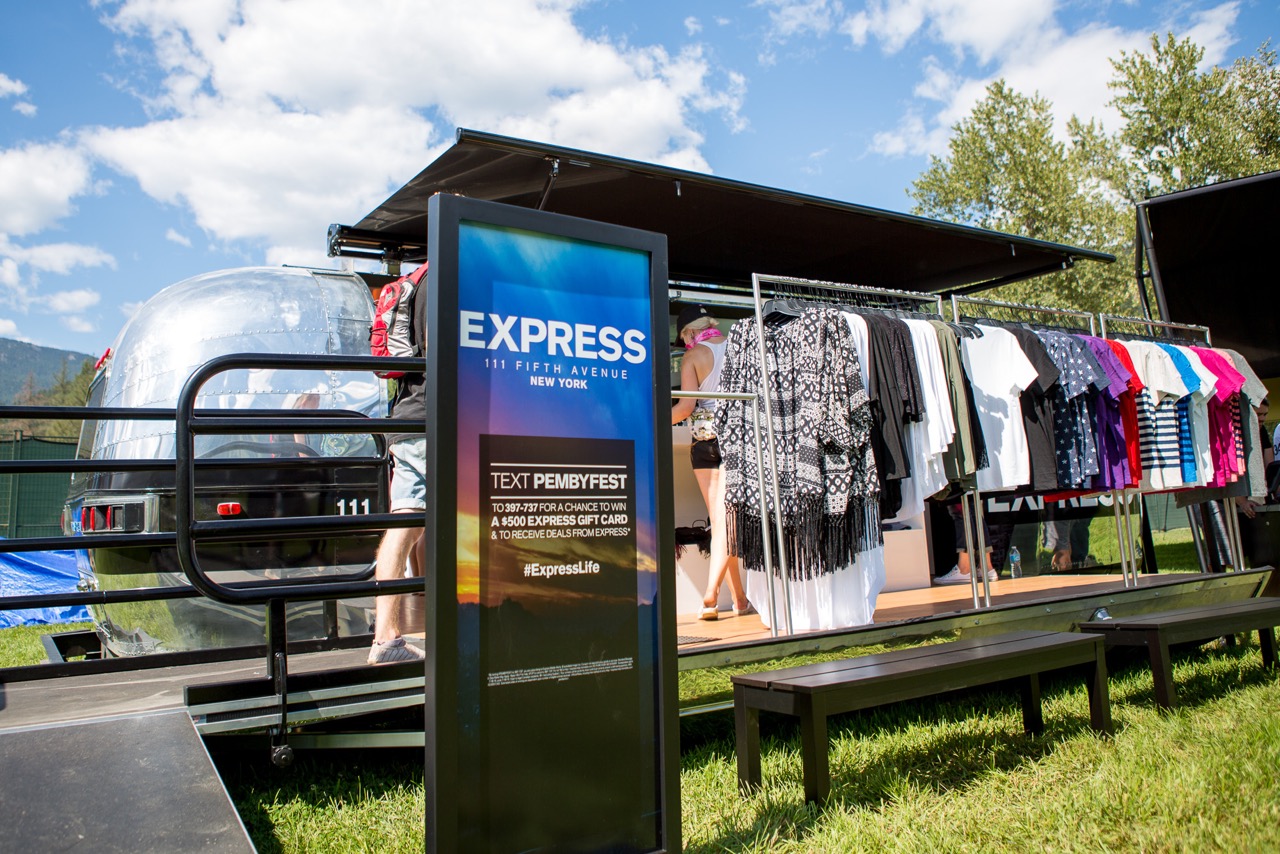 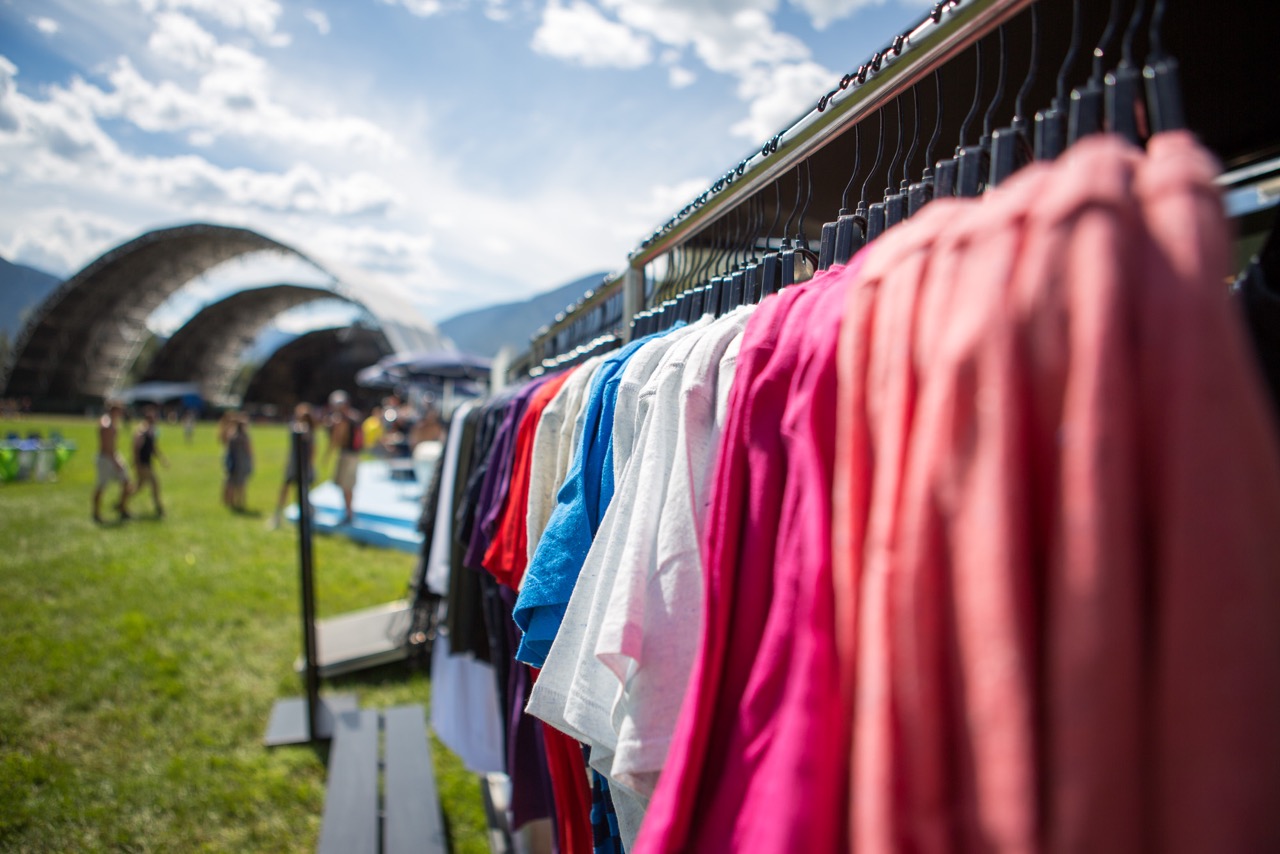 This post was sponsored by EXPRESS. The views and opinions expressed in this post however, are purely my own.