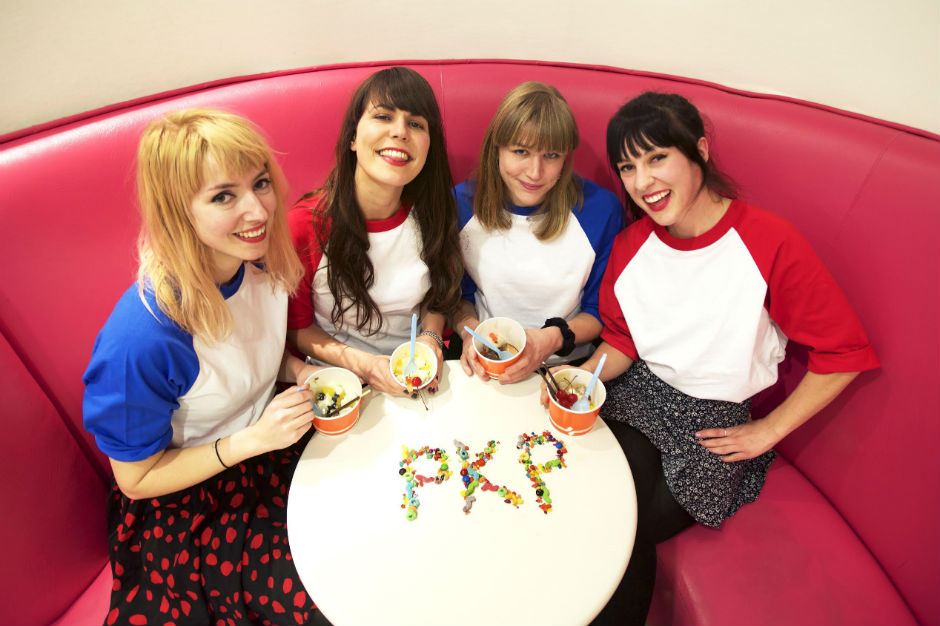 If you’re one of us in Toronto who has experienced Mother Nature’s indecisiveness with the arrival of spring, you’re better off listening to Peach Kelli Pop’s (PKP) latest single, “Princess Castle 1987” to experience some extra warm and sugary vibes than staring at a deceptively hot patch of sun.The Los Angeles-based group delivers another playful tune off their upcoming third LP III via Burger Records that balances light garage rock and power pop with background chimes and fuzzy guitar, allowing you to either lightly thrash around or do a 64-bit-inspired jitter around the room.

If there were a band to give you some nostalgic heart tugs, these pop punk darlings will get deep under your skin and inevitably bring up some flashbacks of pummelling through goobas and koopas. PKP will be launching into an extensive North American tour next month so be sure to check out the dates below and find them in a city near you!