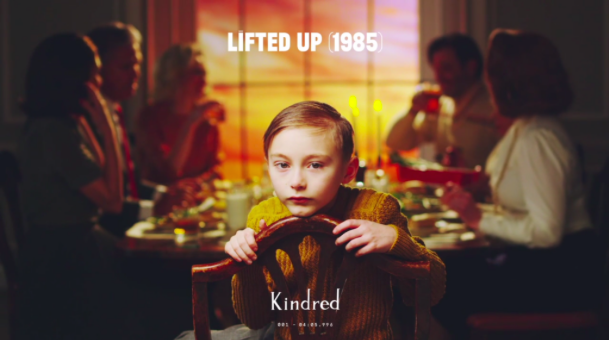 Passion Pit is back with a new track called “Lifted Up (1985)” off their third studio album Kindred. The track is high energy electro-pop right out of the gate and conveys happiness, at least sonically. The lyrics, however, convey much tougher times.

Kindred was written by Passion Pit’s frontman Michael Angelakos and recorded in New York City. The synth you think you hear is actually Angelakos’ voice manipulated by pedals and computers which is pretty cool.  The album was produced by longtime collaborators and co-producers Chris Zane and Alex Aldi, as well as Benny Blanco. The video for “Lifted Up (1985)” is actually the album cover in motion.

Kindred is out on April 21 via Columbia records and is available for pre-order tomorrow.

Listen to and watch “Lifted Up (1985)” and “Where The Sky Hangs” after the tracklist below.