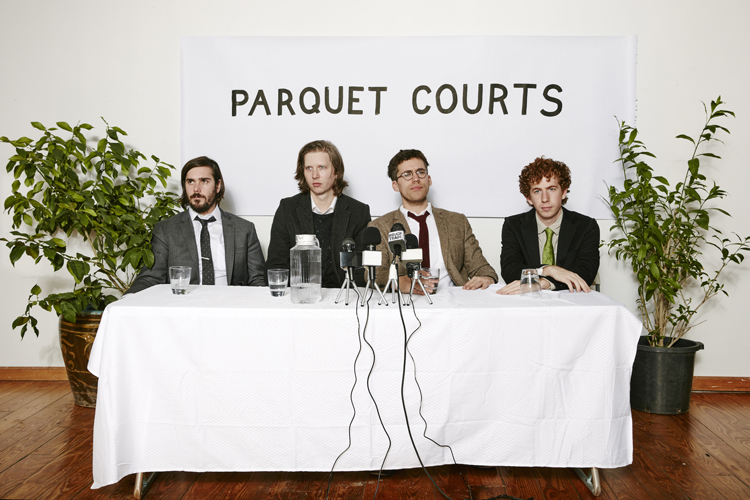 Brooklyn garage art rock outfit Parquet Courts are set to release their fifth album Human Performance this Friday. In anticipation of the release, the band have shared the title track. As vocalist Andrew Savage told NPR…

Ultimately the song is about living in the company of one’s own shame. Perhaps it was the years spent as an altar boy that gave me an inclination toward repentance and atonement. I’ve never been a believer, but I can understand the appeal of faith, especially when it includes the promise of unconditional love and forgiveness. Human Performance is about the absence of that faith, and how haunting it is.

Listen to “Human Performance” above.

Human Performance comes out 8th April 2016 on Rough Trade. Pre-order it here. You can also catch them live at the dates below.