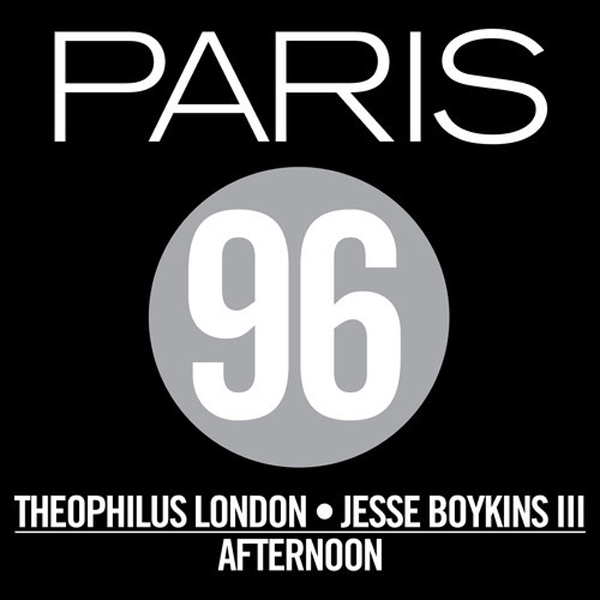 Rappers Theophilus London and Jesse Boykins III have teamed up for an interesting and fresh new side project called PARIS 96. The new groups first single, “Afternoon” is an electronic infused hip-hop and soul. track with production coming from Xaphoon Jones of Chiddy Bang. The song sees London rapping while Boykins contrasts with some soulful singing. The song comes from the groups upcoming EP set for release in April. In the meantime listen to “Afternoon” below.