With the weekend coming to a close, Sunday in New York was a beautiful cloud free day, a seeming rarity this summer, legions of music fans came out in droves to flood Randell’s Island. With a noticeable increase in bodies from Saturday, the festival was full of old heads rocking vintage A Tribe Called Quest and Nine Inch Nails tour merch like it was mandatory.

Willing to wait all day to secure their perfect spot for the dual headliners, the hot day started out with a dance party courtesy of Aussie band Glass Animals. The is definitely something about the happy dance vibes that had everyone sway back and forth.

With Kiiara inside the Parlor dome playing to a solid gathering of fans, she banged out tracks from her debut album Low Kii Savage like “Feels,” “Gold,” and more. She also gave an emotional tribute to Linkin Park’s Chester Bennington, by dedicated two tracks to the recently deceased artist. It was touching and lovely.

With the sun slowly setting over Manhattan and the East River, ATCQ took to the stage. A little more refined than their Pitchfork set, the New York rap collective took to the stage as a giant image of Phife Dawg looked down over the crowd.

Starting off with the “We The People” from their We Got It from Here… Thank You 4 Your Service album, the set ran the gambit of old and new. Once again leave a mic for Phife at the centre of the stage, Q-Tip took a heartfelt moment to say that “This is our last show here in New York… as Tribe,” before letting Phife’s classic track “Butter” play out.

Meanwhile on the other side 0f the festival French electronic band and leaders of the new school punk-dance music movement JUSTICE, had the people not interested in an old school hip hop reunion, dancing their faces off. Standing face to face over their turntables and mixers, surrounded by a wall of Marshall speakers, it was an army of sound smashing upon the crowd. Think some Game of Thrones type shit, while a glaring white cross flashed on the screen. It was as close to a religious experience as you were going to get this Sunday evening at Panorama. That was until they blew the power at their stage. Then a riot almost happened. Luckily the problem was eventually resolved and the party continued. With about a minute of re-introduction before the bass heavy beats came back.

Industrial rock god turned tech tycoon Trent Reznor promptly took the stage for his Sunday night Nine Inch Nails Panorama headline set. Quickly setting the tempo for the night by shredding into his set instruments a blazing, the legendary band crushed out a nonstop serious of hits from their over 25 year discography.

While NIN co-founder Atticus Ross worked the synths, the dodads, whatzits, and various nobbs like a fucking pro, Trent ran around stage singing, drumming, playing guitars, and more. It was a energetic set that NIN-fans in pure ecstasy and new listens quickly understanding the greatest of the band.

Although odd, it was remarkable to here tens of thousands of people sing the lyrics to “Closer” from the bands breakthrough 1994 album The Downward Spiral. Oh, and for those of you who don’t know or remember the lyrics go something like this:

It was wild! A great way to end three-days of music filled goodness in New York. Lets hope that we see more from Panorama in the years to come and if they keep on this way they will soon earn their spot in the music festival hierarchy. Until next year! 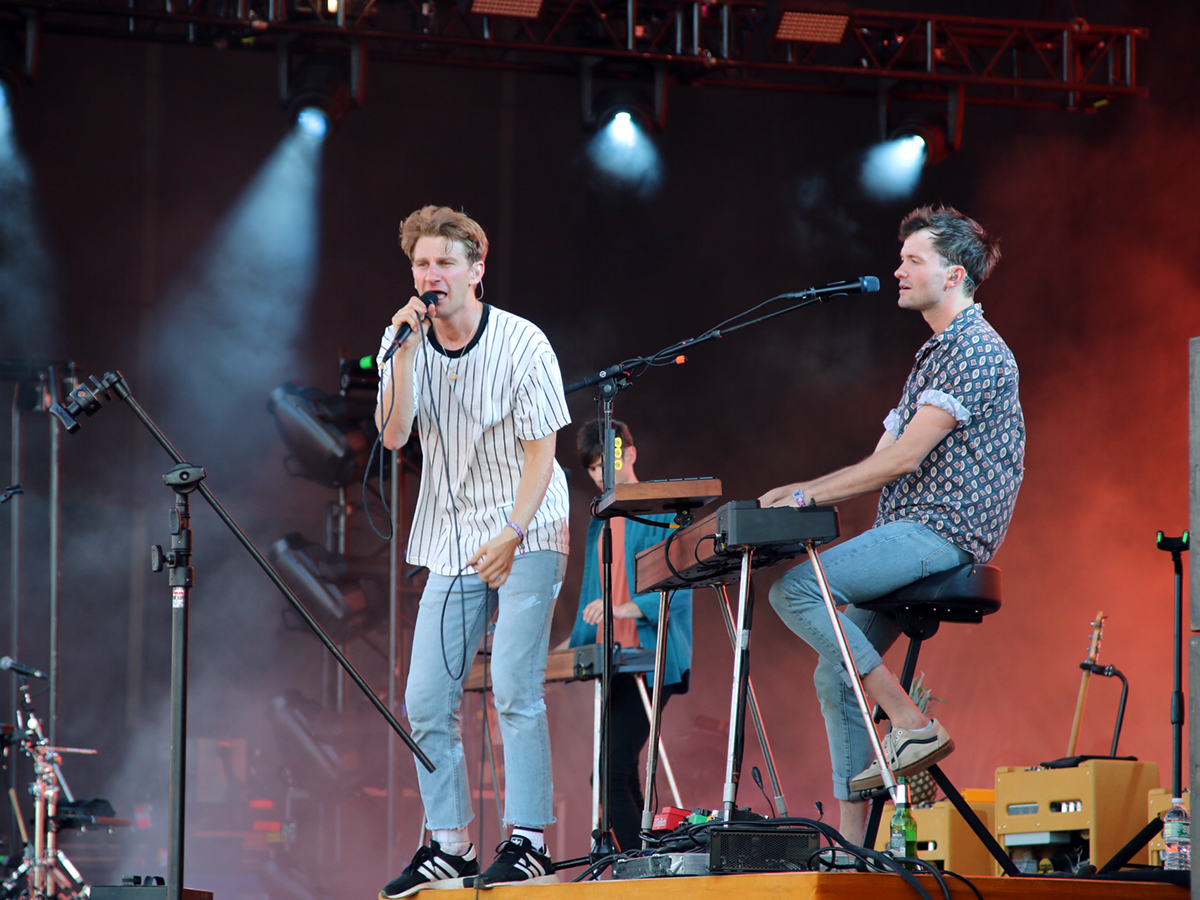