The weather report said it would rain. It didn’t, in fact it was a scorcher! The hottest days of the week some resident New Yorkers were happily exclaiming as the second annual Panorama Music Festival got underway on Friday on Randall’s Island. Presented by the good folks at Golden Voice, who put on a little festival called Coachella, their New York incarnation had a bit of a stacked line up with Frank Ocean and Solange doing a back to back headline run on day one.

But until then the day started with our favourite hit maker MØ (watch out interview with here now!) under the Pavilion tent. Drawing all the young and fabulous glittery wearing youth to dance their dilated pupiled hearts out. It’s hard to argue with MØ contagious energy which almost forces you to dance and have a good time. There is no point in resisting, just dance!

From the fevered dance set to an uptempo dance rock performance, Baltimore-based “indie” band Future Islands took to the main stage. Stating “3 days ago we were in Australia. 3 days ago in Australia is like today in America,” the band acted like they were professionals and jumped in their set without a second beat. Despite the self-proclaimed jet leg and proclaiming that “I got fucked up last night. I had too much fun,” lead singer Samuel T. Herring performed his set like a professional. Never missing a beat and giving the fans a perfect performance!

After the sweaty indie rock dance-party that was Future Islands the crowd headed back to the Pavilion Tent to watch Spoon do their thing. Since these guys are as professional as you can get the set was flawless. Want more details? Read our review of their Toronto show earlier in the week here.

Despite Solange and Frank Ocean being the main event, arguably the real headliner was Tyler, the Creator who performed on the packed out, overflowing with fans, Pavilion stage. Stating from the get got that “I’m going to do a bunch of new songs, I hope they go well or that will be awkward af,” the set was anything but. With is new album Flower Boy literally a week old, the army of Tyler fans sang along and wild out like it was their job.

With sweat pouring off his face causally and candidly talking to the audience it’s clear that his honest, sometimes offensive straight forward attitude is what helped him build his empire. More importantly that he is here to stay.  Rocking a pair of all white Converse One Stars Tyler announced “A score a Disney movie so bad.” Hopefully a Disney executive was there listen!

Now the first of the back to back main event, Solange. It was a beautiful performance of art and music at its best. Essentially the same set she’s been touring lately.

And then there was Frank Ocean. Situated in the middle of the festival crowd, raised up as if floating on a platform away from the main stage, giant ass noise cancelling earmuffs in town, the young superstar performed his striped down set to the tears and applause of the gathered legions. Pacing back and forth through his tom stacks designed set the reclusive artist performed a medley of his songs laying heavy emphasis on Blonded.

It was the perfect end to a Friday night in New York. 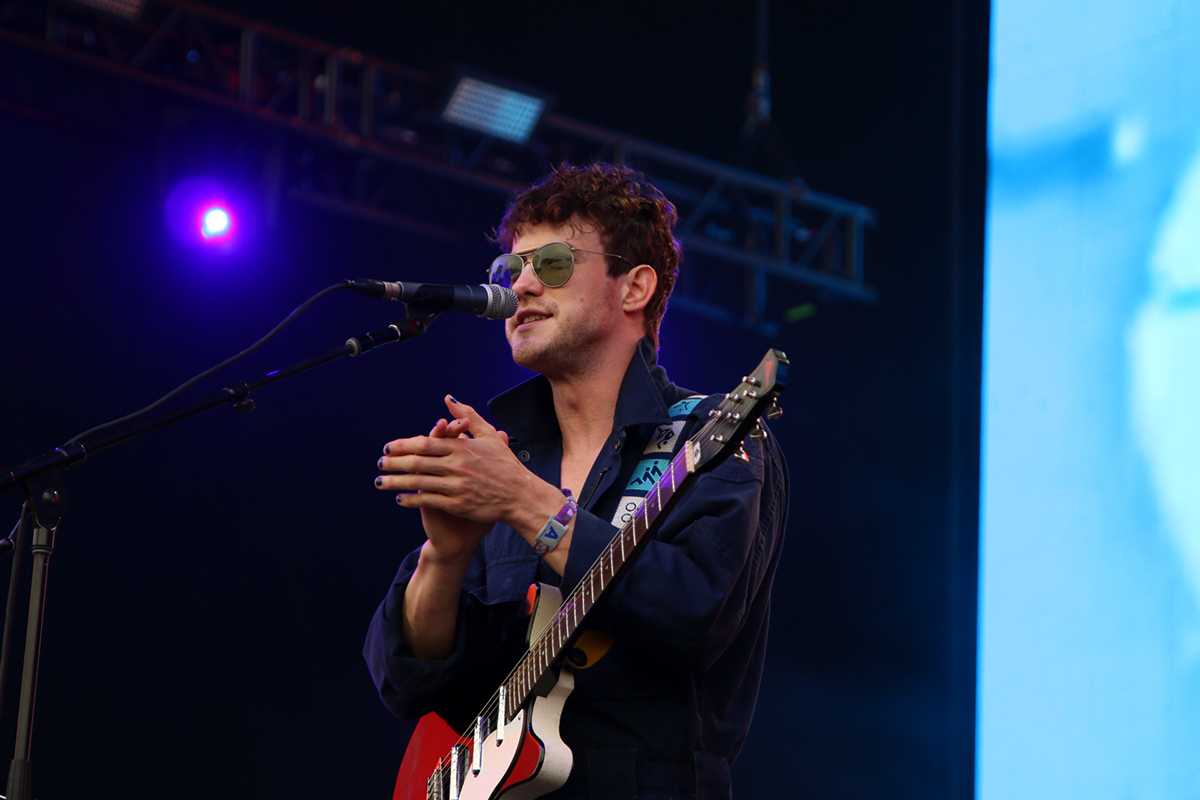 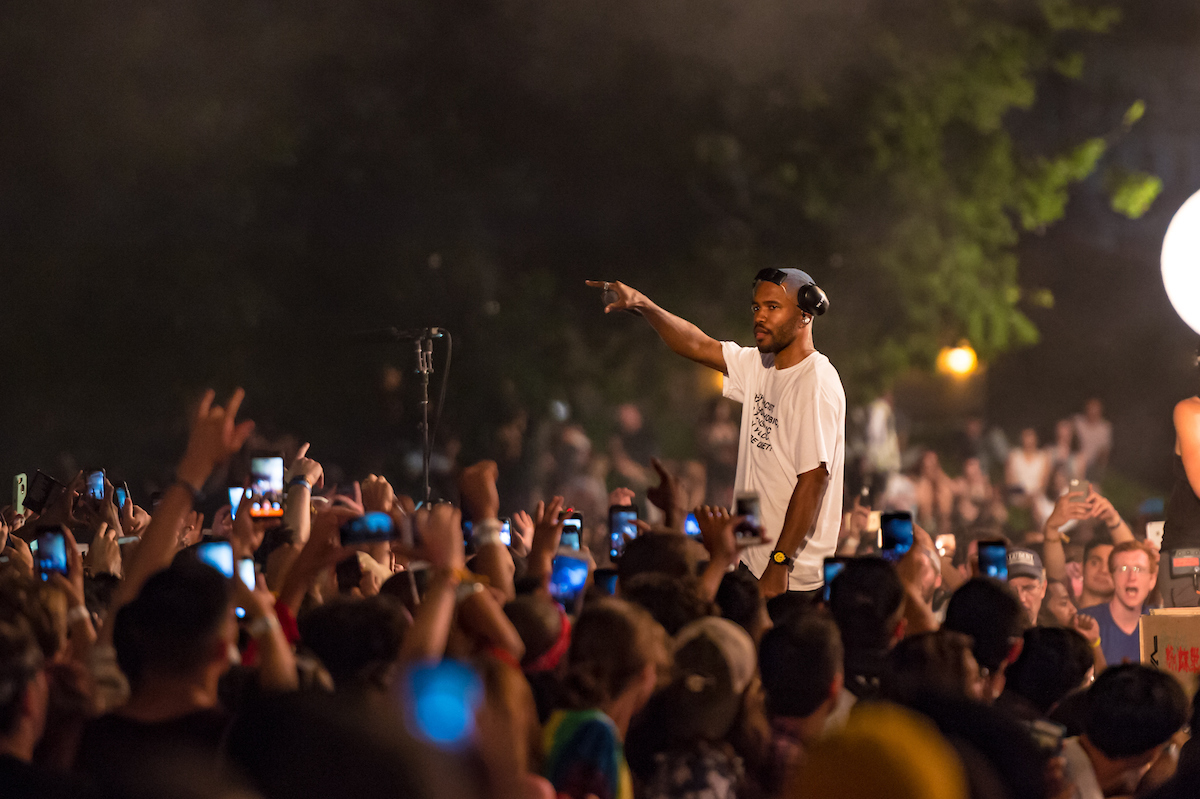