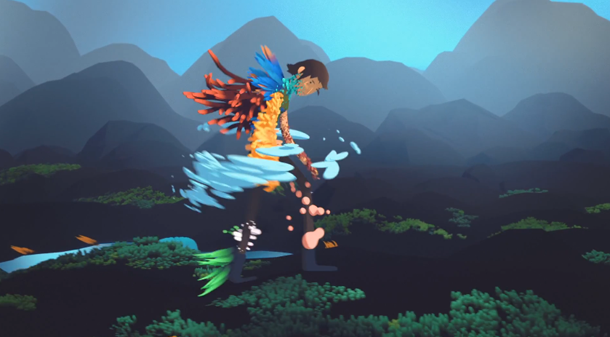 Noah Lennox aka Panda Bear has shared a new video for “Boys Latin” the second single off his fifth studio album Panda Bear Meets The Grim Reaper. It follows an animated girl who goes for a hike around a coastal tide pool and her interaction with a sea anemone which makes her experience a “phantasmagorical reaction.”

Directed by Isaiah Saxon and Sean Hellfritsch the video was animated by their studio Encyclopedia Pictura, the studio behind Bjork’s Wanderlust campaign.

Watch below and stay tuned for Panda Bear Meets The Grim Reaper which drops on January 13th, 2015 via Domino.