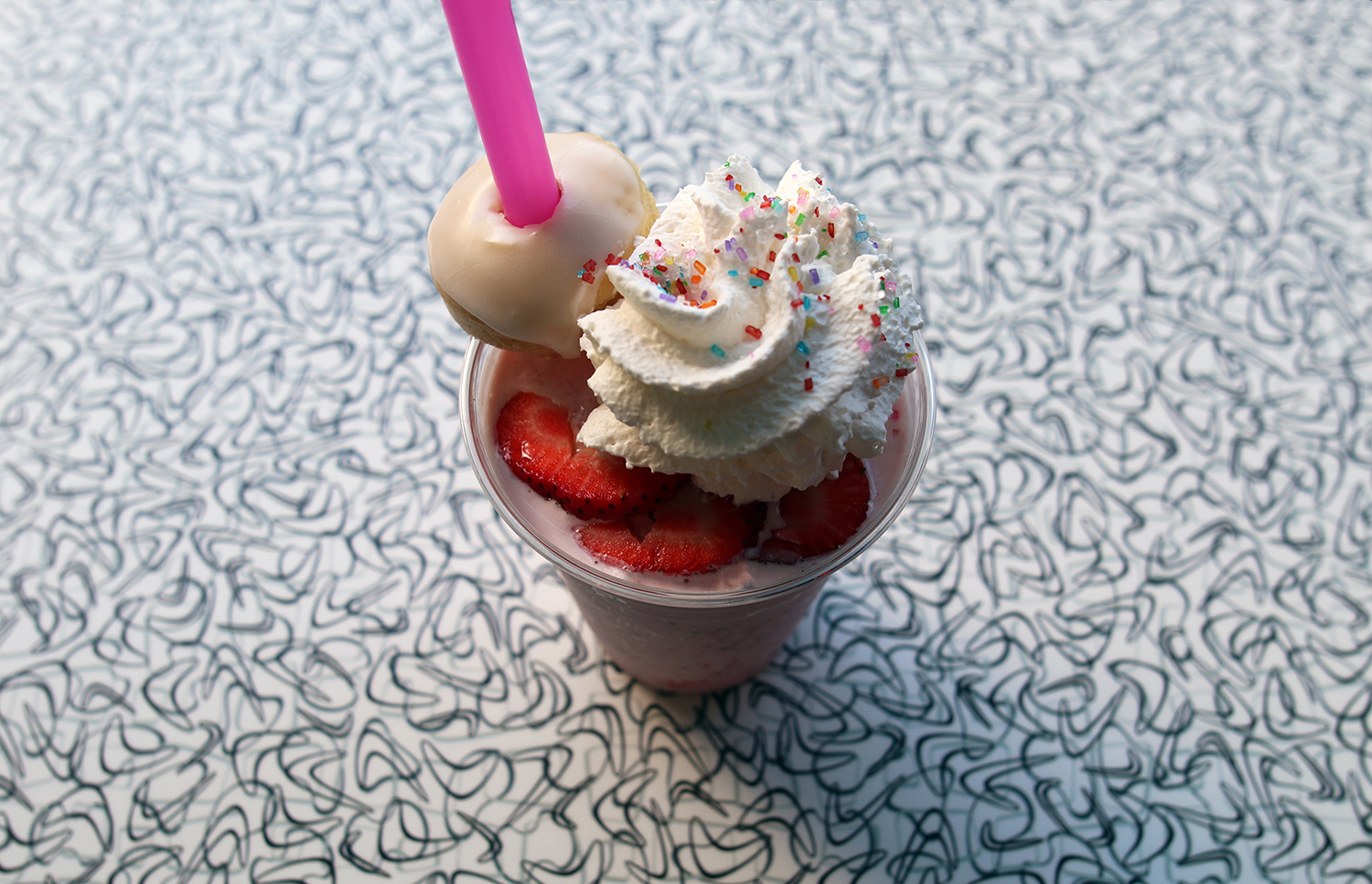 While Instagram might lead you to head out for whatever the latest dessert trend might be, there’s nothing quite as refreshing as sipping on a milkshake on a hot day. We checked out Great Shakes’ retro diggs on the busy Palm Canyon strip on our last trip and just adored it. Serving up classic gourmet shakes and malts, topped with fruit, candy, chocolate, and even mini donuts. 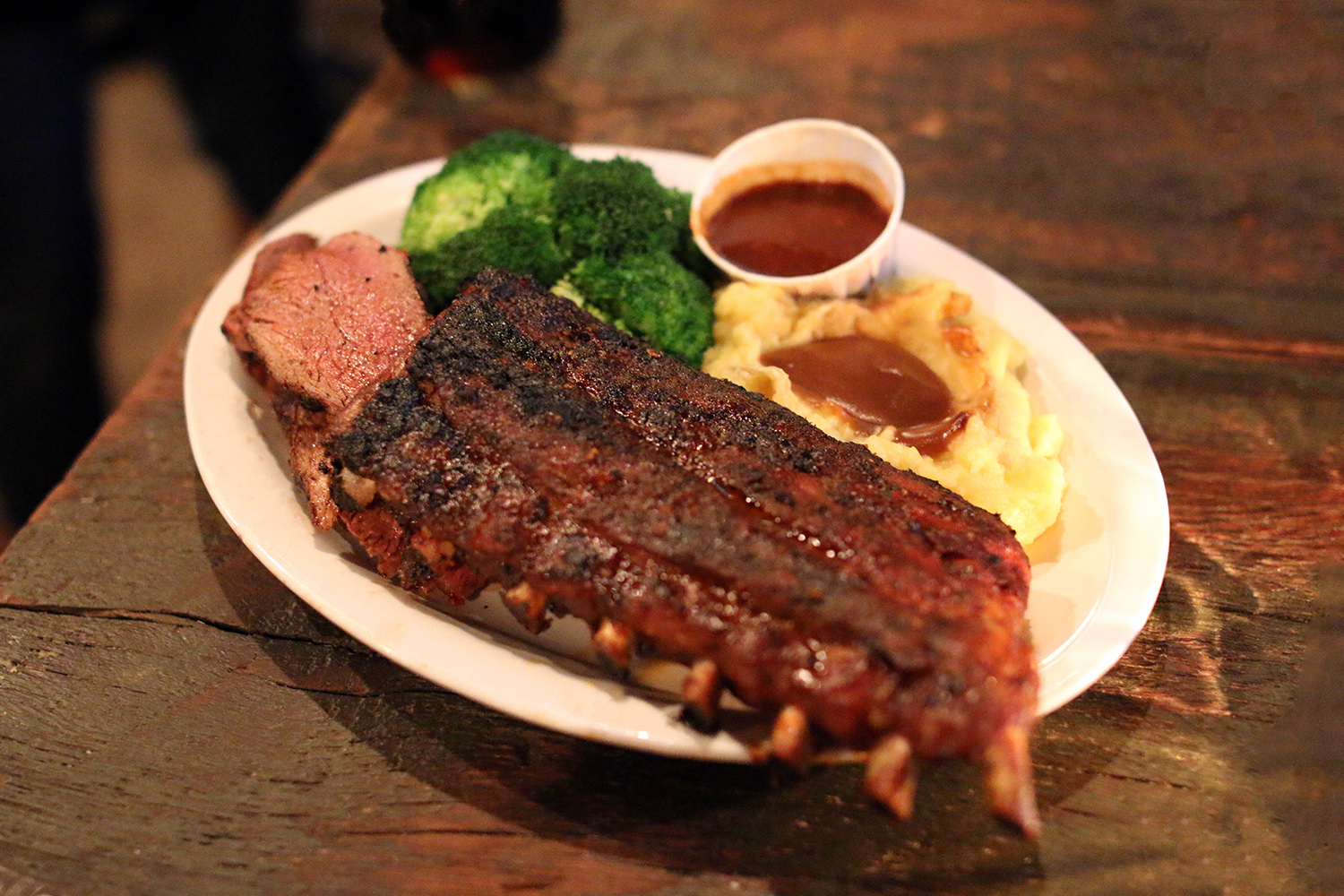 If you’re staying in Palm Springs this place is a bit of a drive into the Yucca Valley, but trust us when we say you’re going to be pleasantly surprised. It’s amazing a place like this exists and is consistently busy night after night in such a secluded location. To say Pappy & Harriet’s Pioneertown Palace is legendary would be an understatement. With nightly live music, they’ve has played host to some amazing act over the years including Paul McCartney and Robert Plant among others, plus they have some dirty barbecue you’re going to want to try as well. 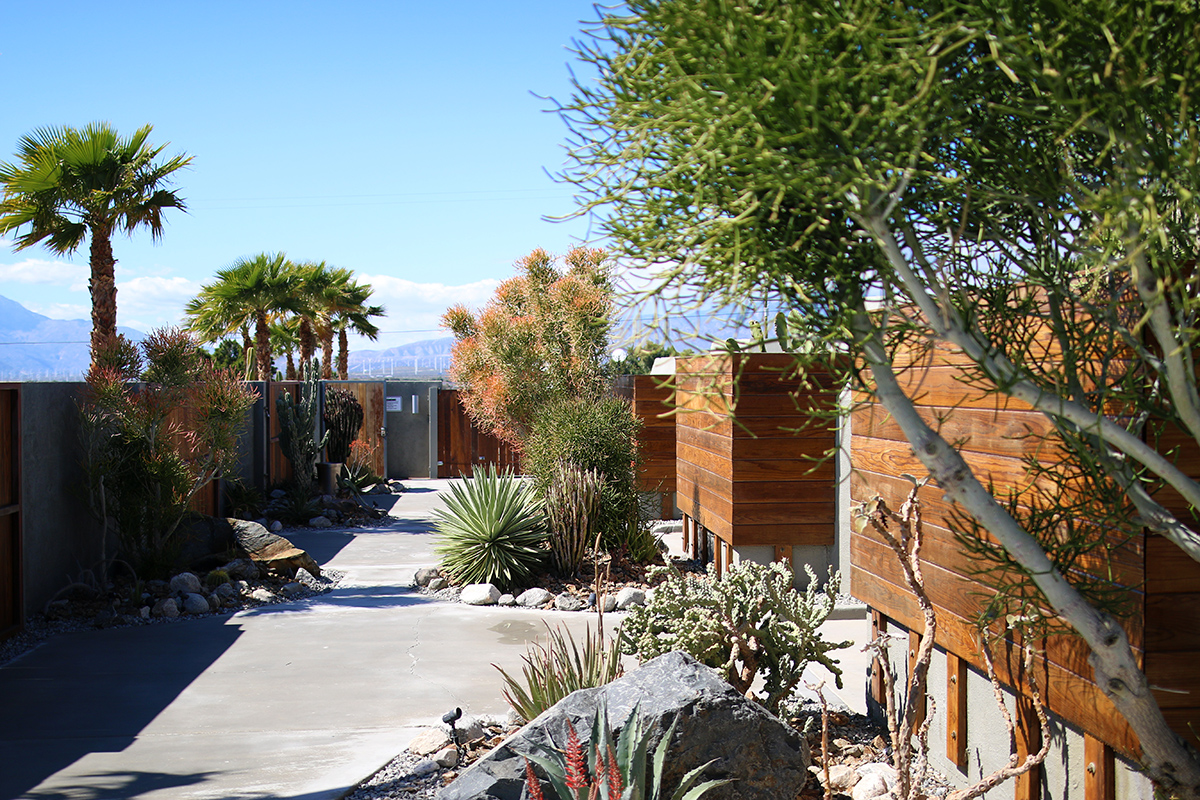 In a place where mid century modern architecture is basically a cherished religion, it’s a rarity to actually get to stay in an architectural marvel like The Lautner, outside of say an architecture tour. Originally designed by the late great American Architect John Lautner in 1947 as the perfect retreat for the Hollywood elite, located in Desert Hot Springs, the property operated for a number of years as a motel, and was later restored into a micro resort by interior designer Tracy Beckmann and furniture designer Ryan Trowbridge in 2008.

Together they turned the architectural compound into one of the coolest boutique hotels in the world we’ve ever had the pleasure of visiting. It’s got all the modern touches you’d find in a hotel including a shared surrounding property complete with a hot tub and plenty of space to lounge in the sun. Each unit features its own private balcony as well as a handy kitchen area (necessary since the area is mostly suburban).

ARRIVE Hotel is the new home of Palm Springs’ best Jewish deli. With three locations across LA, Wexler’s has ventured down to the desert. They’re bringing their menu of sharable brunchable comfort foods to those unafraid to eat carbs before or after sunbathing poolside. Because how could you resist their mouth watering house smoked meat sandwiches touring on high, or the razor thin lox with all the accompaniments like fresh bagels, latkes, and plates of perfect perogies dotted with sour cream to start. It’s like you’re back in New York with good weather all the time. 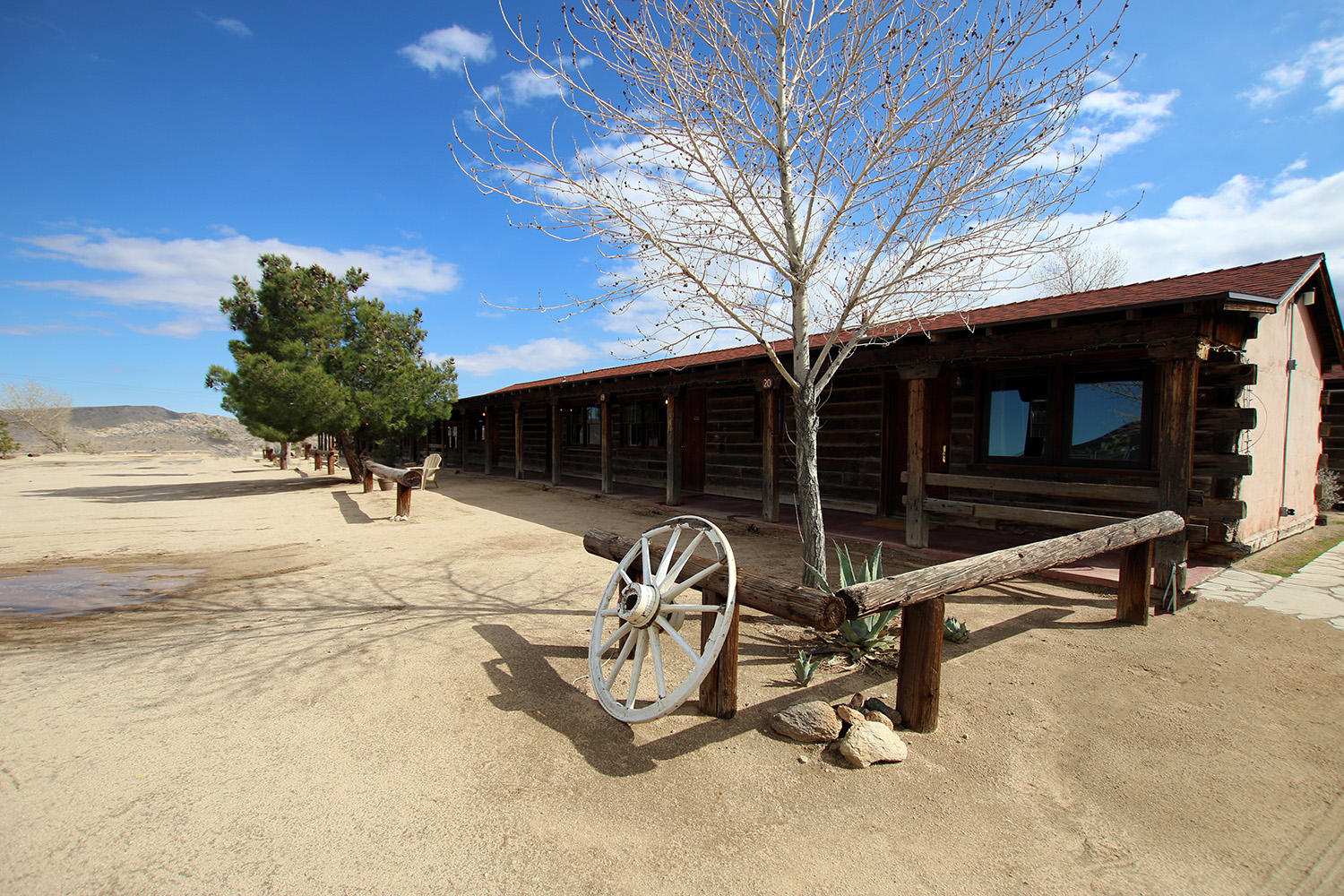 For those looking for a more rustic experience, the Pioneertown Motel is just that. With a storied history dating back to 1946, the motel was originally built for Hollywood movies but has recently undergone a huge renovation to modernize the rooms. While there aren’t too many bells and whistles, the rooms are a chic retreat after a day of hiking or driving through Joshua Tree. Plus you’re conveniently walking distance to the infamous Pappy & Harriet’s and a five minute drive away from La Copine Kitchen.

King’s Highway at The Ace Hotel

Leave it to the folks at the Ace Hotel to bring Californian cuisine to the perfect little roadside diner which formally housed a Denny’s restaurant. Featuring locally-sourced produce and heirloom ingredients from chef Carlos Salgado of famed Taco María and executive Chef Carlo Guardado, the diner serves up delicious meals all day long.

We stopped in for breakfast one morning to enjoy a smoothie, some eggs with a side of braised brown sugar bacon, and of course, Stumptown coffee. They also have Palm Springs favourites like avocado toast and tacos, as well as burgers with shoestring fries, salads, pancakes, and sandwiches – there’s something on the menu for everyone.

Have your food poolside if you’re a hotel guest, or sit in one of their booths for breakfast, lunch, or dinner.

One of the newest places to sit poolside on a hot day or cozy up at night by the fire with a cocktail, Elixir at the V Palm Springs is a Polynesian inspired spot featuring asian fusion cuisine. While their menu features loads to vegetarian options, we recommend ordering the above grilled mahi tacos.