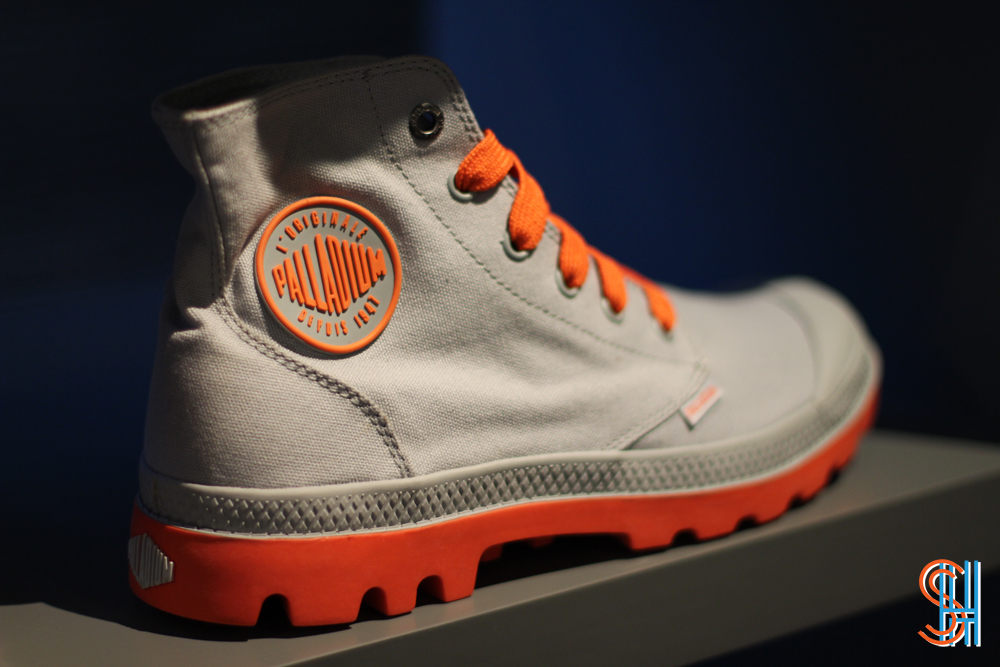 This spring our favourite go-to boot company Palladium has expanded their women’s range. Delving into their archives to bring back a classic Mary Jane, a more flexible Mary Jane, and a flex Ballet flat, shown in stonewashed canvas in an array of colours. They’ve also brought back a range of casual putty washed canvases in concrete, espresso, asphalt, and pink and applied it to their Baggy, Baggy Low, Pampa, and Pampa Oxford styles.

The classic Pampa boot, once worn by the French Foreign Legion, is set and ready for puddle jumping and spring showers with its totally waterproof construction in seven fun yet subdued primary colours called the Pampa Puddle Lite.

For men, the Palladium Sport duo chrome collection is the latest addition, featuring contrasting canvas, laces, soles, and logo in four rad combinations. As always they’ve also worked together with New York urban brand Married To The Mob and Manhattan street wear brand atmos. The MOB capsule collection features three styles, one leopard print cow fur, as well as a black suede pair with black shiny logo, and a pink canvas with white logoing. While on the atmos side, they’ve collaborated on four super cool, glow in the dark styles: one paint splattered, one crisp white with multi coloured splattered lining, one black lit water reflective print and another black with reflective lining.

It may be frigid outside, but were excited to walk into spring wearing Palladiums after this preview. Take a look at some of our behind the scenes photos below. 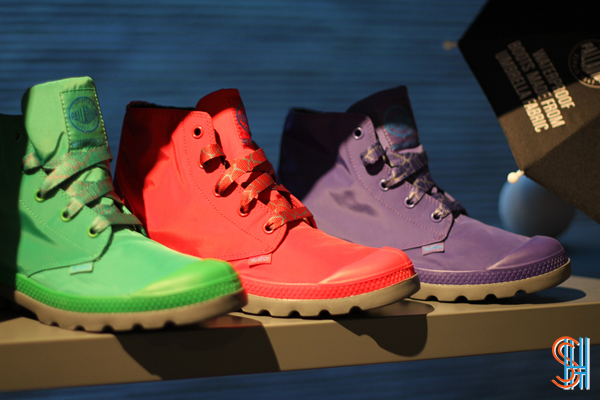 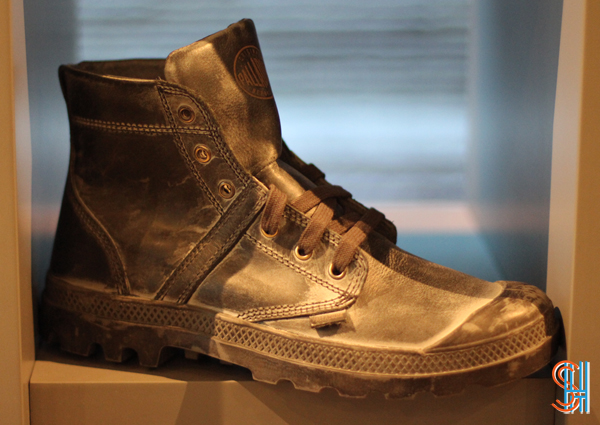 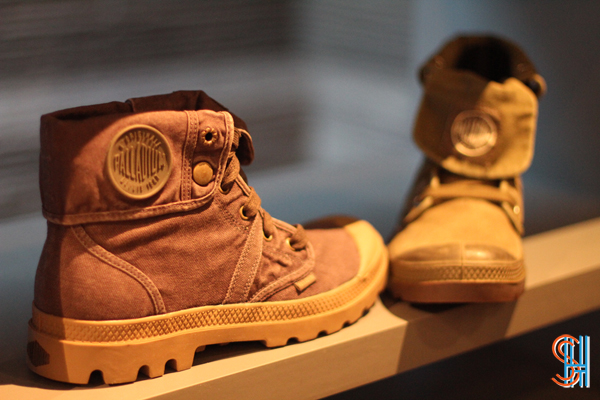 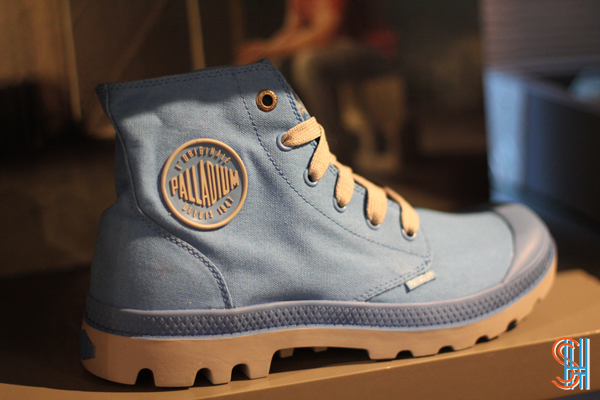 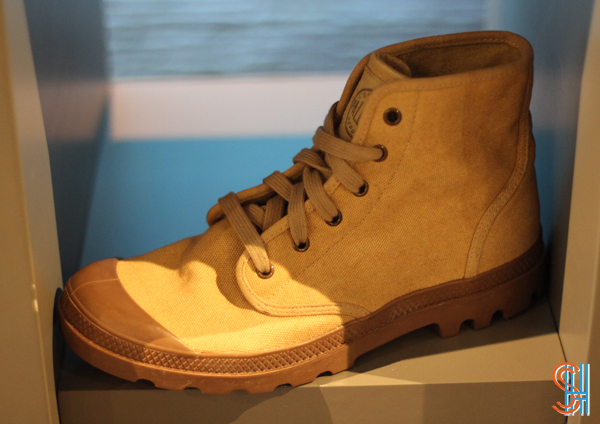 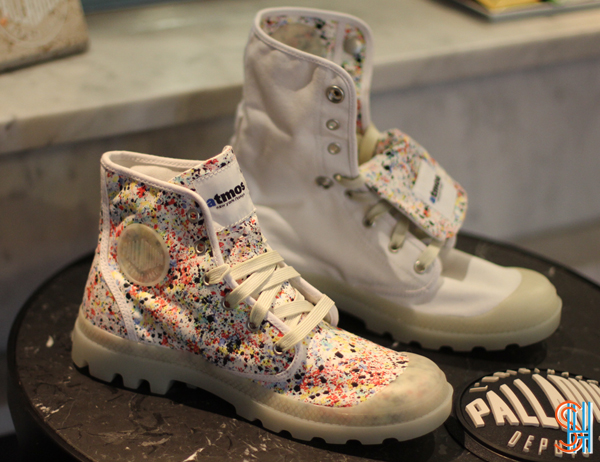 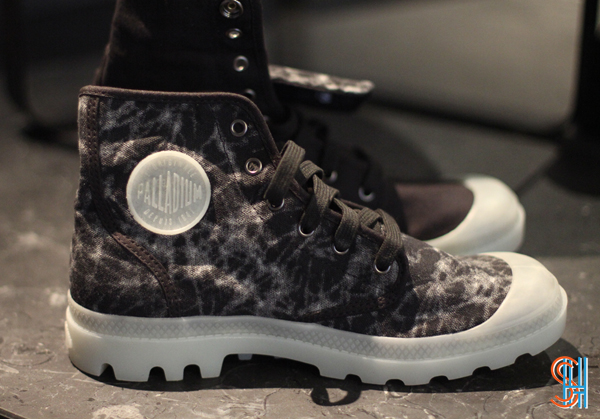 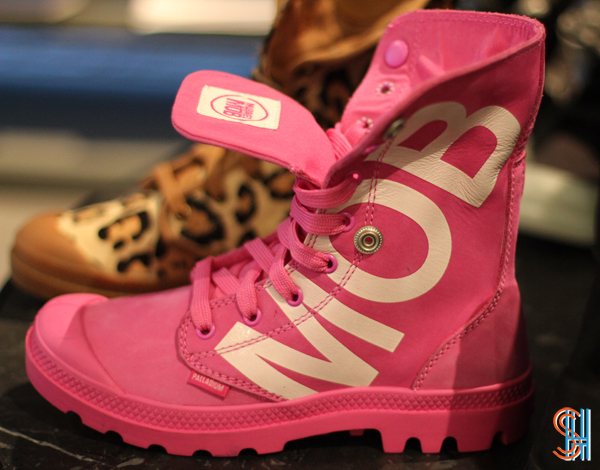 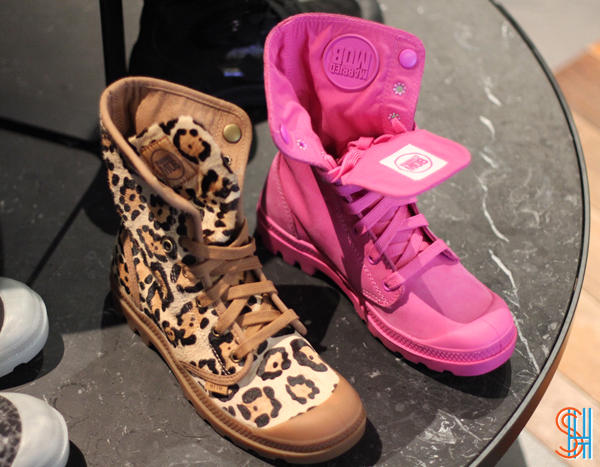 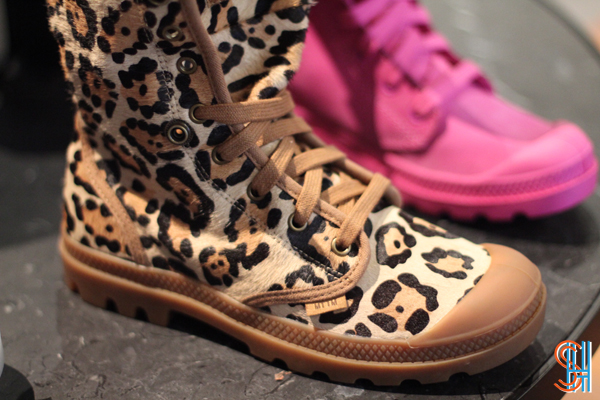