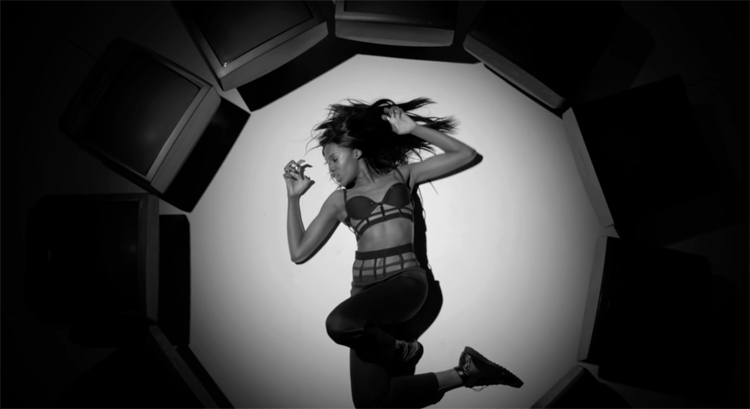 Singer/songwriter/producer Oyinda first broke on the scene in 2014 with her release Before the Fall. Now, she’s set to release her new EP, titled Restless Minds, this summer. Her new single “Never Enough” has already been making waves online and now there’s an equally dope video to match. London-raised & now New York based Oyinda directed the video herself. As she explained to i-D…

The biggest inspiration was Beyoncé’s ‘Single Ladies’ video. The strength of that performance made me want to do a seamless piece too, but in my own way — a little imperfect with a hint of sci-fi.

“Never Enough” is about reaping the benefits of self-validation, but it unfolds in a much darker scenario. In reality, I wrote it after I had just booked my first show, which was Lollapalooza. I was freaking out because I literally only had three songs so I had to get writing, and I of course was extremely excited for such an incredible opportunity. The song was built around the chorus, which I wrote to pump myself up. It’s nothing but wishful thinking really.

Check out the rad video above.
Oyinda’s new EP Restless Minds comes out this June on Blood & Honey Records. In the meantime, grab a download of “Never Enough” here.