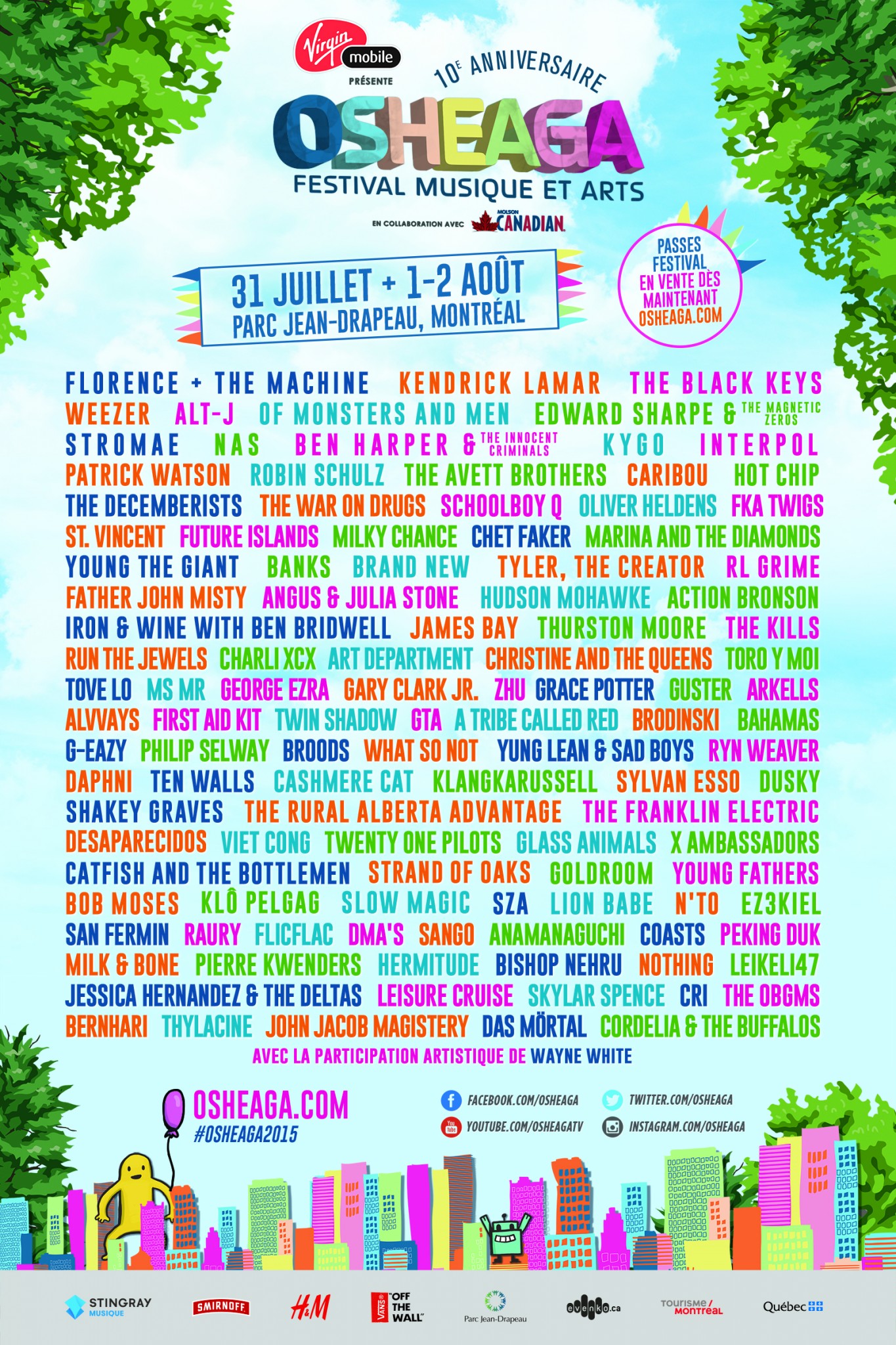 The time has come for our favourite Canadian music festival, Osheaga, to finally announce their 2015 line up after part of the line up leaked last week. Celebrating their ten year anniversary at Parc Jean-Drapeau in Montreal, the festival line up is bigger than ever this year with Florence And The Machine, Black Keys, Kendrick Lamar, Weezer, and Alt J headlining and other notable acts including Interpol, Of Monsters And Men, Hot Chip, Nas, FKA Twigs, Caribou, The War On Drugs, Schoolboy Q, and so many more.

Taking place from July 31st to August 2nd check out the full line up above and watch their Road to Osheaga! campaign video as well.