The moment you’ve all been waiting for has finally arrived. Canada’s best music festival, Osheaga has just announced their 2016 line up featuring headliners like Radiohead, Lana Del Rey, and Red Hot Chilli Peppers.

Taking place from July 29th to 31st in Montreal’s Parc Jean-Drapeau, presented by Virgin Mobile, the festival also boasts other amazing acts like Disclousre, M83, Haim, Future, Grimes, Flume, Leon Bridges, Foals, The Arcs, Wolf Parade, and so many more. It’s not unlike previous line ups we’ve seen for the festival over the years but we do give them credit for getting international acts like Skepta, Years & Years, and Låpsley this time around.

Check out the full line up below and get your tickets now! 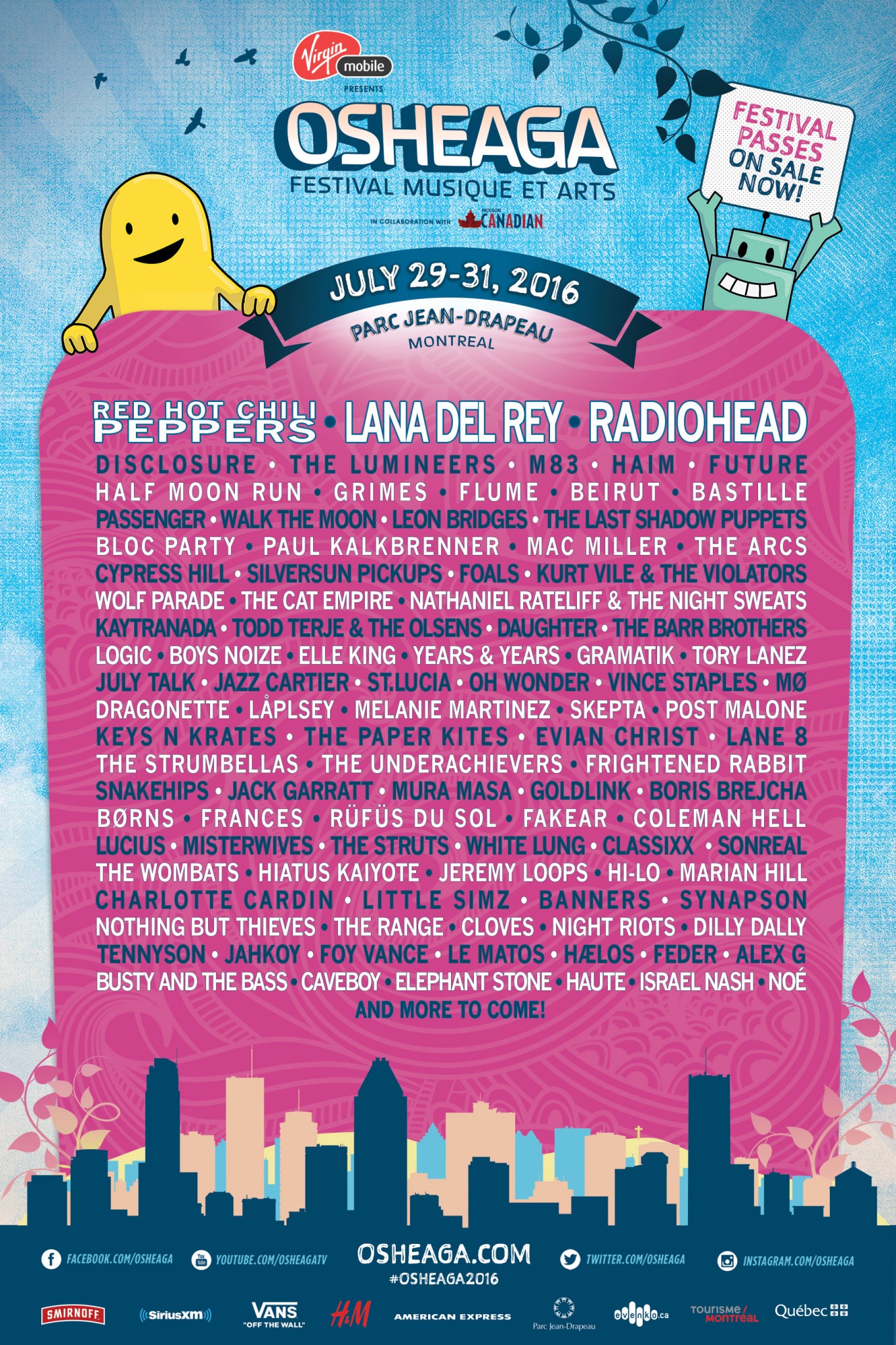